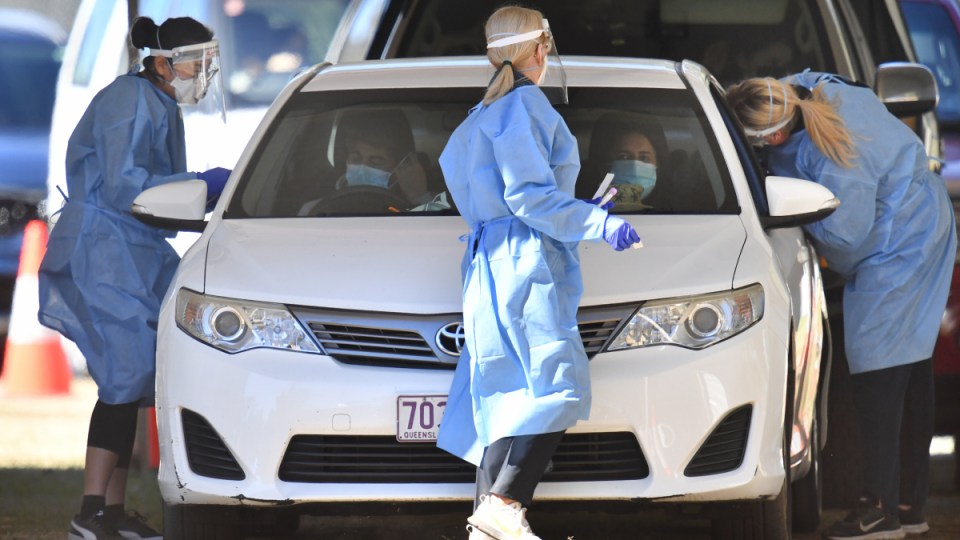 Domestic travellers will not have to pay for PCR tests to enter Queensland. Photo: AAP

Domestic travellers needing PCR tests to enter Queensland will get them for free after a week-long row between the state and Commonwealth over the issue.

The state will scrap quarantine for fully vaccinated travellers who test negative from hotspots in NSW, Victoria and the ACT once 80 per cent of Queenslanders are double-dosed.

Federal Health Minister Greg Hunt confirmed on Tuesday night the cost of PCR tests will be covered by the Commonwealth and departure states.

His clarification came after an almost week-long feud with the Queensland government over who would fork out for the tests.

It began when Liberal National Party deputy leader David Janetzki asked Premier Annastacia Palaszczuk why Queenslanders stranded interstate were being made to pay $150 for PCR tests.

“Why won’t the government cover the cost for these Queenslanders who have been failed by the exemptions unit and who just want to come home,” he asked during Question Time last Thursday.

The premier did not challenge his claim about the cost of tests at the time, but defended the testing requirement.

PCR tests for domestic travel with results texted to people are free, but certificates from private clinics can cost up to $150.

Ms Palaszczuk was asked numerous times about the $150 cost of PCR tests, which she urged the Commonwealth and other states to fund.

She did not confirm Queensland authorities would accept a text message showing a test result until a journalist asked her on Tuesday.

“We’re looking at that, to have a text message, that’d be fine,” she told reporters.

“It was put under some doubt from the Queensland premier,” Mr Hunt told Nine’s Today program on Wednesday morning.

“We have a suspicion it may have been an accident, but I am pleased that the existing arrangements are there.”

A federal government official told AAP that while the Queensland government never demanded a test certificate, they had never clarified they did not need one.

Deputy Premier Steven Miles sidestepped a question about why the state had not made its position clear on whether text messages confirming free test results would be sufficient for travellers.

“There was clearly an orchestrated campaign to confuse people,” he said.

“We have all along provided PCR tests here to people travelling to other states.

“We were presented with claims that other states were charging for those tests, and were asked to confirm whether PCR tests would still be a requirement, and we said that they were.

Meanwhile, Mr Miles said that overnight trips interstate were not technically banned, but the 72-hour testing requirement made them impractical.

The latest figures show 85.01 per cent of eligible Queenslanders have had one vaccine dose, with 74.07 per cent fully vaccinated.

Queensland recorded one new case of COVID-19 in hotel quarantine on Tuesday.