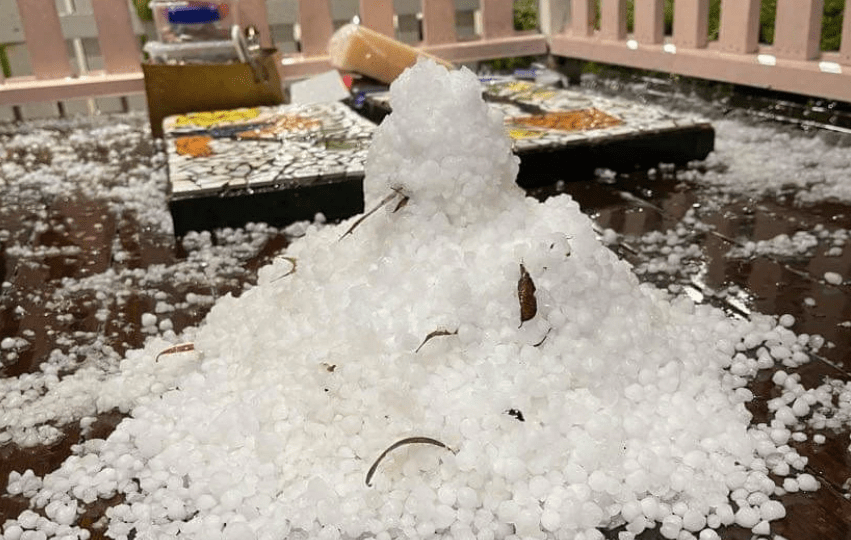 A pile of hail stacked up at a house at Centenary Heights. Photo: Grace Lawrence

Parts of southern Queensland have been pelted with hailstones and heavy rain overnight in storms that brought 60 millimetres of rainfall in one hour.

A number of severe storms formed west of Brisbane about 7:00pm, hitting Toowoomba, north of Warwick and Allora as they quickly moved towards the coast.

Hail of up to 4 centimetres in diameter was recorded.

There is a chance again today of more severe storms in south-east Queensland, after the region was lashed by storms earlier this week.

Storm activity is expected to ease from Thursday when a trough and upper trough are likely to move offshore during the morning.

A ridge of high pressure will strengthen across the state in their wake, with mostly sunny conditions almost statewide.