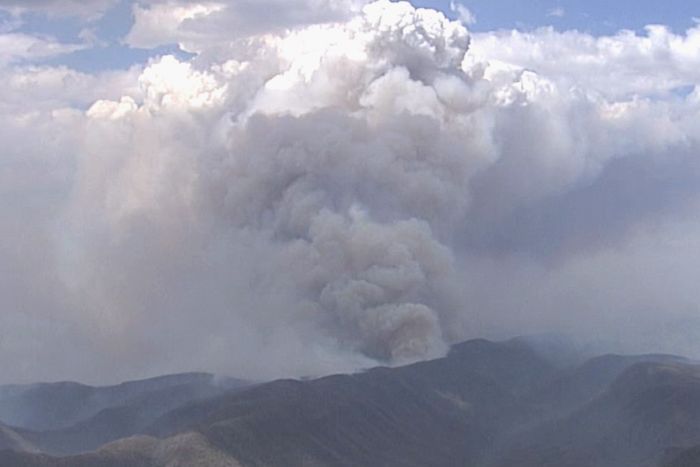 A house has been lost at Laidley, in Queensland’s Lockyer Valley, as a bushfire burns towards the town on Tuesday afternoon.

Shortly after 3pm (AEST), the Queensland Fire and Emergency Service warned locals that it was “too late to leave the area”.

“Driving now would be extremely dangerous,” it said.

“The fire is expected to have a life-threatening impact on the community”.

The afternoon warning came on a day of escalating fire danger across Queensland and northern NSW, with emergency warnings earlier issued for three NSW bushfires.

Residents in Tenterfield, on the NSW north coast, were under bushfire threat on Tuesday afternoon as a fire emergency threatened the town for the second time in a month.

The NSW Rural Fire Service issued an emergency warning for the blaze, which is burning near Kildare Road, about four kilometres west of the town, about 2pm.

The fire is moving in an east towards Tenterfield, fuelled by strong westerly winds.

Julie Watt, who lives 50 kilometres from Tenterfield, told the ABC she saw 13 fire trucks speed through Deepwater on their way to Tuesday’s fire.

“This is scary,” she said on social media.

“I pray people’s homes and animals will be safe.”

The outskirts of Tenterfield were also hit by fire last month, with houses and businesses destroyed.

There is also another out-of-control blaze at Busbys Flat Road, south of Casino, which is also being fanned by strong westerly winds. The RFS told residents earlier on Tuesday that it was too late to leave, and they should take shelter when the fire hit.

Firefighters were battling hot and windy conditions as they tried to control the blaze, which was burning near Seery Road and Phillip Swamp Road in the Mount Belmore State Forest.

“Residents in the area of Old Tenterfield Rd near Wyan and Wineshanty, it is now too late to leave,” read the warning, which came just after 12pm on Tuesday.

“Take shelter when the fire arrives and protect yourself from the heat of the fire.”

The fire has already burned through 611 hectares.

The state’s third fire emergency is at Drake, where a fire at Long Gully Road broke containment lines on Tuesday afternoon.

In Queensland, residents of Thornton, in Queensland’s Lockyer Valley west of Brisbane, had earlier been urged to evacuate.

The state’s FES issued an emergency warning for residents to leave immediately at 1pm (AEST), and head north towards Main Camp Creek Road. Road conditions would deteriorate in the next couple of hours, they said.

Lockyer Valley Regional Council was preparing an evacuation centre at Laidley for residents.

Mayor Tanya Milligan told the ABC she expected conditions to worsen and urged her community to heed the advice of authorities.

“The weather’s not going to be very kind to us over the coming hours and overnight,” Cr Milligan said.

“People do need to know to stay calm, take any directions or advice, listen to your local radio and to look out for each other – look out for your neighbours.”

In NSW – with temperatures forecast to reach 37 degrees on Tuesday – there are total fire bans in place for the far north coast, north coast, New England and northern slopes areas.

Despite a cooler weather forecast from midweek – with temperatures expected to drop to the mid-20s – continued dry conditions meant fire dangers would not immediately dissipate, meteorologist Jonathan How said.

“With no significant rainfall, fire dangers will remain high to very high until at least the end of the week,” he said

Elsewhere, residents of parts of south-eastern Queensland were also poised to flee their homes on Tuesday as a major fire continues to burn and with temperatures forecast to hit 40 degrees.

Queensland was expected to record its hottest October day in 15 years on Tuesday.

On Tuesday morning, authorities warned the Lockyer Valley fire was likely to threaten properties along Cole Gully Road as the day went on.

Residents were told to get ready to activate bushfire survival plans.

It is one of 20 fires burning across the state.

However, many blazes are in inaccessible bushland. Some are in central Queensland, which has a severe fire danger warning for Tuesday.

Crews are working to protect about 13 homes around Cole Gully Rd, Left Hand Branch near #Gatton. Authorities say the fire is very large and burning in inaccessible land. It’s expected to burn for a number of weeks @abcnews @abcbrisbane @ABCemergency pic.twitter.com/wMFVS0E5qJ

That fire is burning within containment lines with no reported property loss.

Meteorologist Kimba Wong said warm, windy and dry conditions in the state’s south-east and central areas would continue on Tuesday and could remain until Wednesday.

Temperatures in some parts of the state were up to 12 degrees above the October average on Monday.