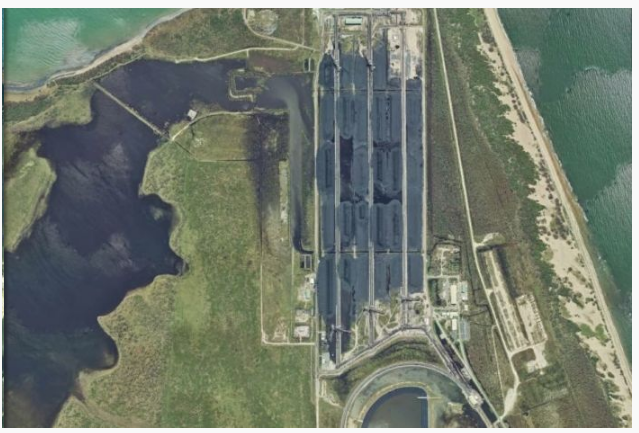 The Queensland government will take Indian mining giant Adani to court, alleging one of its companies illegally released coal-laden water near the Great Barrier Reef.

Abbot Point Bulkcoal, owned by Adani, was given a temporary emission licence to release some sediment water at its Central Queensland coal terminal during Cyclone Debbie in 2017.

But the government claimed the concentration of coal dust in the discharged water exceeded the approved levels by more than 800 per cent.

The company could face fines of up to $2.7 million if found guilty of breaching the temporary emissions licence.

Environment Minister Leeanne Enoch said the decision to prosecute was made after months of legal and scientific advice.

“Queenslanders have an expectation that companies are held to account for their actions and I’m pleased to see the department acting in line with those expectations today,” she said on Wednesday.

“The Department of Environment and Science, as the regulator, have made this decision based on the best available legal advice and scientific advice.”

In a statement, Abbot Point Bulkcoal “categorically refuted” any wrongdoing, saying it “fully complied with the conditions imposed by the temporary emissions licence”.

“Abbot Point Bulkcoal welcomes the clarification that the Queensland government has acknowledged no environmental harm was caused as a result of the discharge and their confirmation this charge is not in relation to the Caley Valley Wetlands,” it said.

“Abbot Point Bulkcoal operates Abbot Point port under the same strict government regulations and environmental governance mechanisms that all other Queensland ports are also required to operate under.”

The department said “no known environmental impacts occurred as a result of the discharge”.

State Greens MP Michael Berkman said it was a clear vindication of protests at parliament this week calling for the government to prosecute the Indian miner.

“I hope this is one of the last steps towards Adani’s downfall. We have seen such a strong people-powered campaign for years now, most Queenslanders don’t want to see it [the Adani Carmichael coal mine] go ahead,” he said.

“We’re long overdue to see some strong action against the company. We know they can’t be trusted. Their track record overseas is atrocious.”

The opposition’s environment spokesman, David Crisafulli, questioned if the government had bowed to pressure from protesters and activists.

“It does seem rather strange that less than a day after we saw some people try to hijack the way our democratic process works in this state, that we’ve had swift action taken after a year and a half,” he said.

He said the LNP supported legal action if laws were broken.

“We support mining in the state but if somebody does the wrong thing they should feel the full repercussions of the law,” he said.

The matter is due before the Bowen Magistrates Court next month.