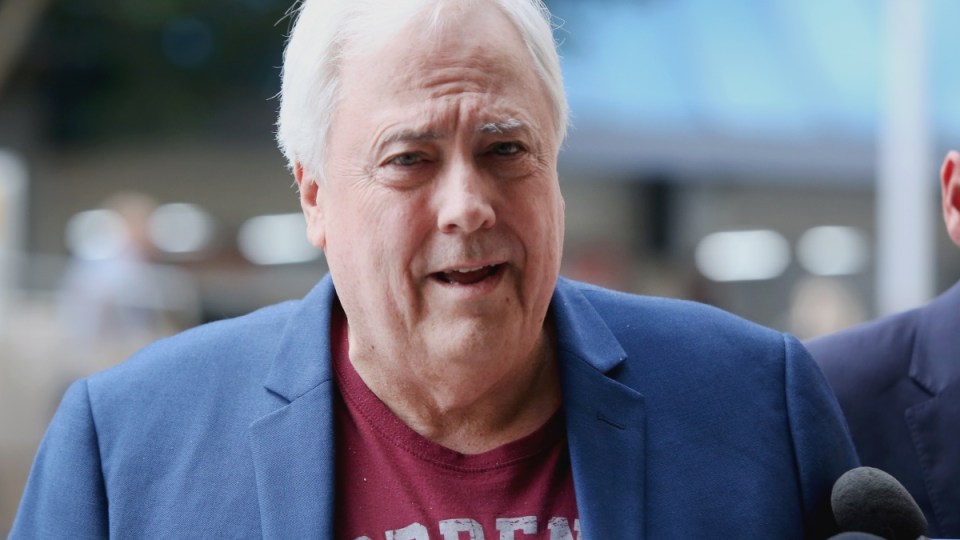 Clive Palmer has been charged over an alleged corporate breach, uncovered in an investigation by the business watchdog ASIC.

Brisbane Magistrates Court heard Mr Palmer faces charges of aiding, abetting or counselling the commission of an offence by another person.

The court heard the criminal charges were in relation to conduct by one of his companies, Palmer Leisure Coolum.

Mr Palmer’s barrister Chris Wilson told magistrate Mark Howden that he would likely call for the charges to be thrown out when the case returned to court on June 13.

Mr Palmer will remain on bail in the meantime.

In a statement, ASIC said the charges related to the proposed takeover of timeshare villas at the Coolum resort in 2012.

ASIC said Palmer Leisure Coolum breached the Corporations Act by publicly proposing a takeover bid for the company operating the timeshare scheme, but failing to follow through with an offer within two months.

Mr Palmer – who recently announced the Palmer United Party would make a political comeback – said the charges were “doomed to fail”.

“The charges relate to matters that are alleged to have happened nearly six years ago in respect of an offer by one my companies to buy around $4,000 of shares,” he said in a statement.

“The charges are an attempt to try to make me ineligible to stand for Parliament and they won’t succeed.

“ASIC has known about the events for nearly six years so serious questions must be asked as to why they are acting now and at whose direction.”

Mr Palmer threatened to take legal action against those at ASIC who laid charges against him.

“All Australians have witnessed the political witch hunt carried out by successive governments against those who dare to express their opinion. I am not deterred by today’s actions,” he said.

Hours after Mr Palmer’s lawyers were in court on Friday he posted on Twitter about Australian slang.

In December, he came under fire from a Federal Court judge for a seemingly facetious tweet made during an unrelated case.

Resort the centre of legal battle

Mr Palmer purchased the Coolum resort, previously known as the Hyatt Regency Coolum in 2011, where he constructed a dinosaur theme park and kept his vintage car collection.

The site, once considered one of south-east Queensland’s most prestigious resorts, is a shadow of its former self and is in the centre of a legal battle between Mr Palmer and retirees who own villa shares.

Several residents complained when the now-defunct dinosaur park was created, due to roaring noises coming from the large models which were constructed metres from their apartments.

The star attraction, a tyrannosaurus rex named Jeff, was destroyed in a fire in 2015.

Clive Palmer charged by ASIC over management of Coolum resort