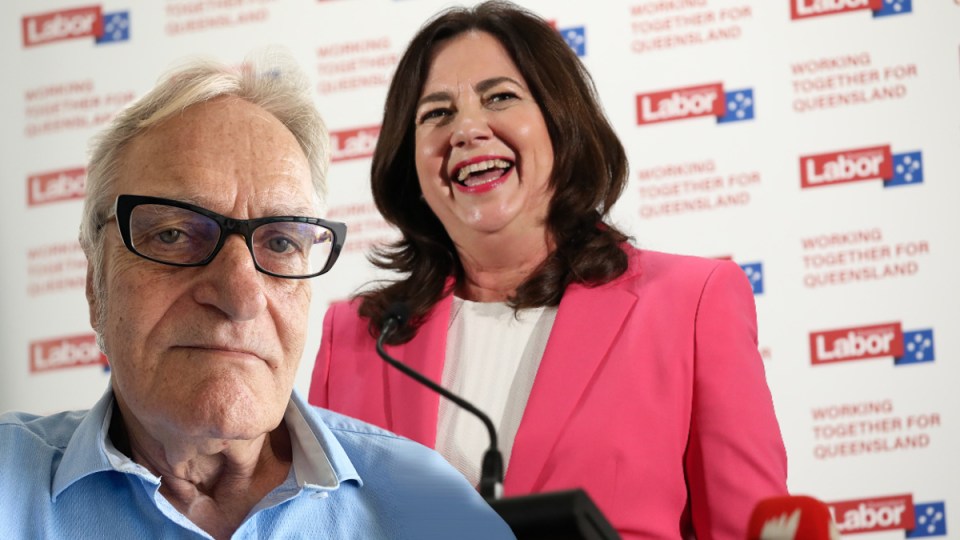 The political pathology of Annastacia Palaszczuk’s Scott Morrison flameout this week can be found in last year’s Queensland state election.

Morrison, ever the Team Blue warrior, took aim at Palaszczuk before the campaign for that October 31 poll kicked off.

He phoned 2GB’s Ray Hadley (surprised, anyone?) and ripped into Palaszczuk for a Queensland decision to stop a Canberra woman from attending her father’s funeral. The politician who left thousands of Australian citizens in COVID-ravaged India and threatened them with jail said “we risked losing our humanity”.

It was a coordinated hit with the LNP in Brisbane primed to attack the Premier in one of the last sitting days of Parliament. National, negative news coverage ensued.

While it was a distraction Palaszczuk could have done without – and it wasn’t handled by the Queenslanders with the greatest finesse or skill – there was no real political cost. Locals fearful of COVID were simply reminded of the Premier’s unflinching resolve.

As they did throughout 2020, the Queensland LNP misread the public mood and underestimated Palaszczuk. Morrison, who should have known better given his “how good is Queensland” sensibility, went along for the ride.

He dug in during the election campaign, foreshadowing a visit by saying if Palaszczuk was “for jobs” she would “open the border”. Again, it was as far removed from the public mood as you could get.

That didn’t hold Morrison back from flying in and spending just under a full week in Queensland, probably the longest period he spent outside of the ACT and New South Wales for all of 2020.

Day after day he was at the side of LNP leader Deb Frecklington, propping her up on the nightly news. It was scored as a net negative for Morrison which may be true – he didn’t do anything for himself.

It was, however, a net positive for Frecklington. She was shielded from the fallout of what was an evolving scandal over developer donations and generally benefited from the prime minister’s reflective political glow.

This was Morrison’s timeout from the battle with COVID – which he described 12 months ago as a fight that needed fighting and winning “every day” – spent in a political battle beside his LNP colleagues in Queensland.

Palaszczuk doubted Morrison would turn the election against her, but she didn’t appreciate his involvement – just as she didn’t like the drive-by hit over the Canberra woman wanting to travel to Brisbane.

Politicians have elephantine memories and are intensely unforgiving. Palaszczuk is no different (one former staffer has wondered if she has a touch of Sicilian heritage) and this background emboldened her to unload on Morrison.

That’s before you get to her unwavering trust and reliance in the counsel of her chief health officer, Jeannette Young. Both the politician and the doctor have been worried about the use of AstraZeneca for Australians under 50 since mid-April when the key groups of health advisers started reassessing its use.

When Morrison this week pushed younger Australians to take a chance with this vaccine, Palaszczuk and Young were alarmed. The Premier saw a way to resist what she regarded as dangerous advice and do Morrison some political damage.

It was revenge, served icily cold.

It could carry a real cost for Morrison. Last year a driving force behind Palaszczuk’s victory was her success with a demographic group the Labor Party has not carried for decades – those aged 55 and above.

In Queensland, they felt the Premier was keeping them safe, thought she couldn’t do enough to keep out the threat of the virus and were prepared to break what was often a lifetime habit of voting conservative.

All anecdotal evidence suggests Palaszczuk’s appeal with this group has not waned at all since the election.

This group also backed Morrison big time in Queensland in 2019, driven by a fear of the Coalition’s campaign on franking credits (which the Liberals successfully morphed into a “death tax” scare). They played a decisive role in a couple of seats and helped the conservatives elsewhere.

If Palaszczuk can convince a number of these people Morrison has made the COVID risk any worse – or left them with a second-rate vaccine choice – they might be more in play for Labor.

It wasn’t a good week for Morrison and the greatest damage may well have been done in Queensland. It might not shake loose any LNP seats – it’s almost impossible to see where Labor can make any gains in the Sunshine State – but it could help put up roadblocks to stop the loss of ALP seats.

In a close election with many moving parts, the pathways to victory are hard to map for both the ALP and the Coalition.

In this COVID world the pandemic has changed everything (barring physics, greed on the stock market and Great Power delusion), including politics.

Nothing is a binary choice anymore. There are few, if any, zero-sum games. Finally, what happens is seldom linear.

Dennis Atkins: Why Palaszczuk went postal and dropped a bomb on Scott Morrison