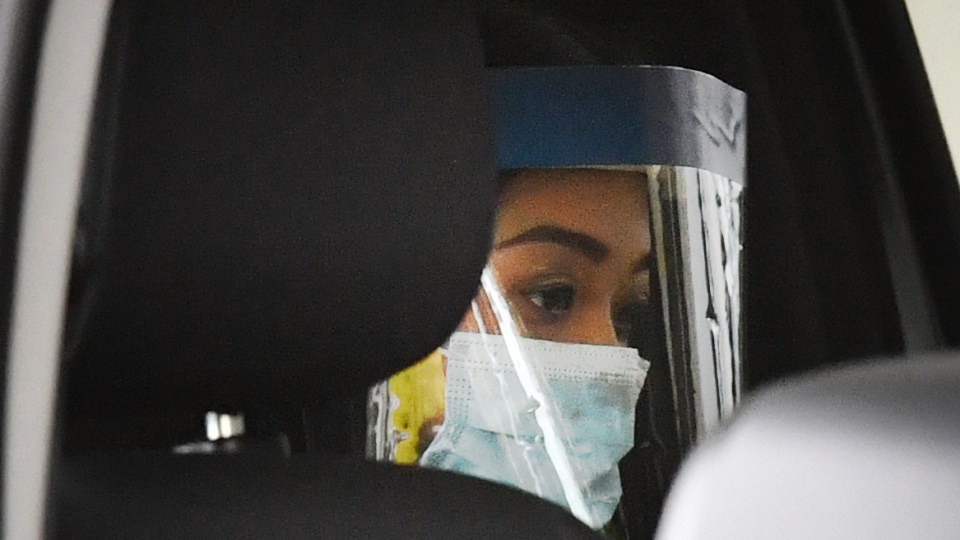 Sarah Caisip was given permission to view the body of her father Bernard Prendergast but could not attend the funeral. Photo: AAP

A step-sister of a woman denied permission to go to her father’s funeral in Queensland has accused Prime Minister Scott Morrison of using her family’s tragedy to advance his “political agenda”.

Alexandra Prendergast is the step-sister of Sarah Caisip, who was in coronavirus quarantine after arriving in the state from Canberra and not allowed to attend her father Bernard’s funeral in Brisbane.

Mr Morrison called Queensland Premier Annastacia Palaszczuk on Thursday, asking her to intervene. But the Premier would only refer the issue to the state’s chief health officer.

In the end, Queensland Health gave Ms Caislip, 26, permission to view her father’s body, alone and dressed in full PPE, after the funeral on Thursday.

Footage and photos of Ms Caisip and her family were shown around the country on the nightly TV news and in the newspapers.

A number of federal Coalition politicians – including Mr Morrison, Matthias Cormann and Peter Dutton, as well as former Liberal Party staffers and commentators such as Peta Credlin – have attacked the Labor premier over the case.

Chief health officer Jeannette Young revealed on Monday she had had death threats and online trolling following her decision, and had been given police protection as a result.

She said the backlash had taken “an enormous toll” on her but she would maintain Queensland’s strict quarantine measures.

Ms Prendergast reprimanded the Prime Minister and accused him of for conjuring up a media storm to further his political agenda, marring her final memories of her father.

“Mr Morrison, I am extremely disappointed that you have used my family to try and advance your political agenda … Your announcement of my father’s funeral on [radio] prompted a media circus outside the crematorium at which the service was held,” Ms Prendergast, 32, wrote in an open letter to the PM published by various media outlets.

“I am devastated that the final memories of my father have been marred by the media you have used to prosecute your political agenda.”

Ms Prendergast said Mr Morrison’s actions made “an absolutely devastating time for my family even harder”.

“Sarah Caisip should not have been used as a tool to vilify the actions of the Queensland Premier and Health Department” on border controls, she wrote.

Ms Prendergast also called on Mr Morrison to apologise because while he highlighted her family’s case “there’s been many, many other cases that are very similar to this case where he has not intervened”.

The federal Coalition’s criticism of the Queensland Premier’s border controls comes less than seven weeks out from the state election.

Ms Frecklington has been calling for “consistency, compassion and common sense” on border exemptions” while criticising exemptions for “the rich and famous” after AFL executives and US actor Tom Hanks were given permission to do mandatory quarantine at hotels of their choosing in Queensland.