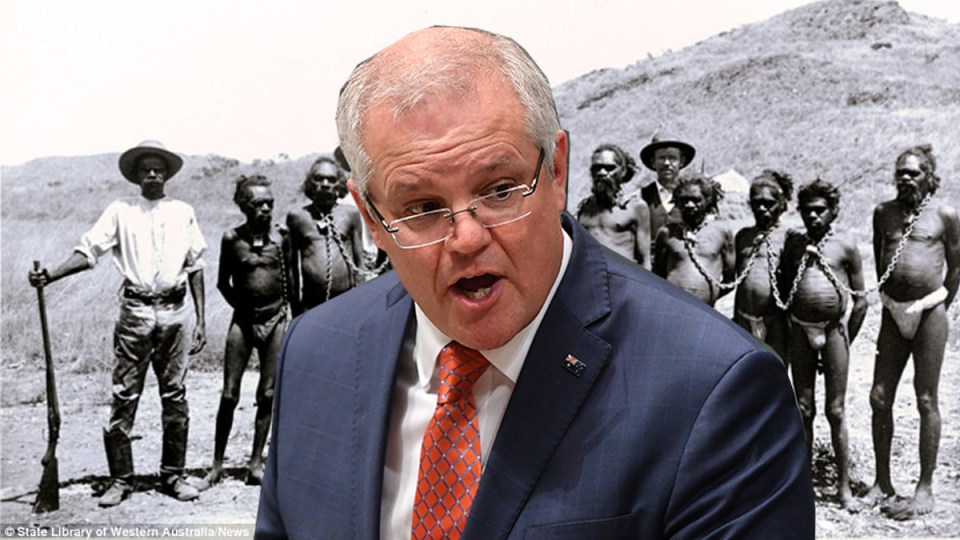 Scott Morrison has apologised for remarks about slavery in Australia, acknowledging that “all sorts of hideous practices” had been waged against indigenous people.

The Prime Minister attracted widespread criticism after saying on Thursday “there was no slavery in Australia” when the country was founded.

Mr Morrison said his comments were about how NSW was settled on principles which included that the colony was not to have slavery.

“My comments were not intended to give offence and if they did, I deeply regret that and apologise for that,” he told reporters in Canberra on Friday.

“In Australia we know we have had problems in our past. We have acknowledged those.”

The Prime Minister also described indigenous incarceration rates as heartbreaking, saying there was a commitment to act and no shortage of funding to address the problem.

Indigenous historian Bruce Pascoe was among those to criticise Mr Morrison’s remarks on slavery.

“It’s pretty obvious that when you chain people up by the neck and force them to march 300km and then work on cattle stations for non-indigenous barons, then that is slavery,” Mr Pascoe told ABC radio.

He said Australia needed to confront and acknowledge its past.

“It’s about recognition, it’s about embracing the history – good and bad,” he said.

Home Affairs Minister Peter Dutton lashed out at an apparent rash of “cancel culture” in response to the protest movement.

“I don’t think ripping pages out of history books and brushing over parts of history you don’t agree with or you don’t like is really something the Australian public is going to embrace,” Mr Dutton told Nine.

“There are good and bad parts of our history. You learn from that.”

Mr Dutton said Netflix’s decision to remove the Chris Lilley shows, depicting the comedian in a range of characters including blackface, was absurd.

The Prime Minister has bigger priorities.

“What you’re watching on television is your business. It’s not going to create one job. Let’s focus on where Australians are hurting today. They really are hurting, and I will not be distracted.”

“You can’t rewrite history, you have to learn from it,” he told 2GB radio.

“The idea that you go back to year zero of history is in my view, just quite frankly unacceptable.”