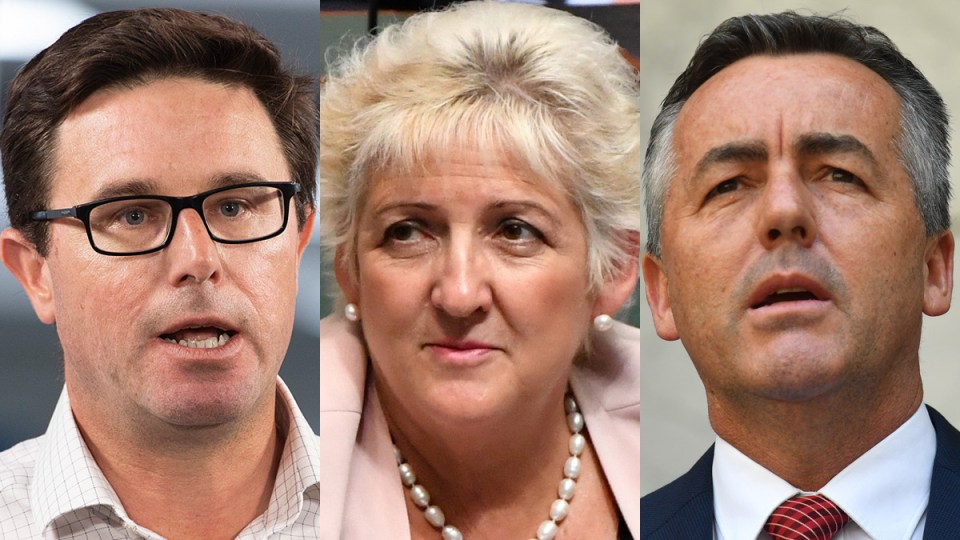 Newly elected Nationals deputy leader David Littleproud will give up his water portfolio to return to agriculture, as part of Prime Minister Scott Morrison’s new-look frontbench.

Mr Morrison and Nationals leader Michael McCormack, the Deputy Prime Minister, were forced to reshuffle the ministry after a tumultuous week brought about the political demise of two senior Nationals.

Victorian Darren Chester will return to Cabinet with his veterans affairs portfolio, which had previously been in the outer ministry.

Queensland backbencher Keith Pitt will move into Cabinet with the resources and northern Australia portfolios.

Mr Pitt is also expected to take on the water portfolio.

Mr Littleproud had held the water, drought and emergency management portfolios since last year’s May election, having held agriculture before that.

He will retain his drought and emergency management portfolios.

Some Nationals have described the water portfolio as a “poisoned chalice” after years of tension throughout the Murray-Darling Basin amid an unprecedented drought.

Mr Littleproud took up the portfolio in 2017, when he was first promoted to Cabinet.

Winners under the reshuffle

Keith Pitt is a former electrical engineer and cane grower who has successfully lobbied for a parliamentary inquiry into the economic benefits of nuclear energy.

He previously served as an assistant minister before returning to the backbench in 2018.

The 50-year-old represents the Queensland electorate of Hinkler, based around Bundaberg.

This will be Mr Chester’s second stint in Cabinet.

He previously served as infrastructure minister but was dumped by Mr Joyce when he was still deputy prime minister.

That move, in 2017, made way for Mr Littleproud to become agriculture minister, marking the beginning of his meteoric rise through the parliamentary ranks.

NSW MP Mark Coulton will continue to serve as a minister, taking on the regional health, regional communications and local government portfolios.

Fellow NSW MP Andrew Gee will become a minister, overseeing regional education and decentralisation. He will also serve as the Assistant Minister for Trade and Investment.

Kevin Hogan, who temporarily moved to the crossbench after the Liberals dumped Malcolm Turnbull as Prime Minister, also gains a promotion.

The NSW backbencher becomes the Assistant Minister to the Deputy Prime Minister.

The Nationals tripled their female representations at the last election but have gone backwards in senior representation in the reshuffle.

Water woes in the Murray-Darling

In the last year, tensions in the Murray-Darling Basin have flared, as record low inflows have tested the basin plan and irrigators have been left without water.

Mr Littleproud has instigated several reviews, including a competition study, a socio-economic review and an inquiry into water sharing.

During his tenure, he has been the subject of violent threats and at one time, an effigy of Mr Littleproud was thrown into the Murray River.

Mr Pitt, whose Hinkler electorate sits outside the Murray-Darling Basin, will be the first Water Minister not to come from the basin in many years.