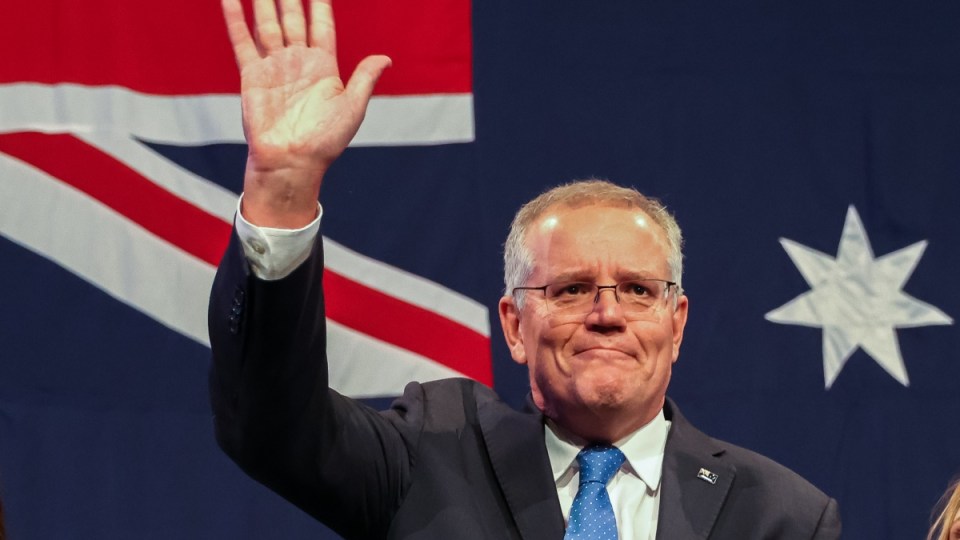 Mr Morrison's election day act has come in for scrutiny after a departmental report. Photo: Getty

Prime Minister Anthony Albanese has slammed an election-day intervention from the Morrison government to release information about the interception of an asylum seeker boat.

The PM labelled the attempt as opportunistic, unprecedented and unprincipled, and said it should never be allowed to happen again.

A report has revealed that senior staffers in the Morrison government hurried government bureaucrats to release a statement about an asylum seeker boat having been intercepted.

Its findings have raised questions about the enforceability of established conventions against political involvement by a government during a pre-election “caretaker” period.

“This was the final act of the Morrison government and it was one that trashed convention and sought to abuse the relationship with the public service,” Mr Albanese said on Sunday in an interview with Sky.

Home Affairs Secretary Mike Pezzullo has suggested that rules could even be changed to expressly rule out any future political interventions in breach of “caretaker” protocols unless in particular cases such as when lives were at risk.

In the absence of such explicit rules, the secretary’s report found then-minister Karen Andrews was acting within her power to demand a statement about the boat’s arrival be issued.

The PM said that recommendation would be considered but that observing such conventions had previously been an expectation of governments of all kinds.

“A convention relies upon some element of decency and goodwill,” he said. “That’s the nature of convention as opposed to rules. And here we have a government that was prepared to trash the convention.

“There was nothing respectful about the actions of the government on that day. It was opportunistic. It was unprincipled. It was unprecedented and it shouldn’t have happened.”

The arrival of the boat was confirmed by Mr Morrison in an election-day press conference and was the subject of mass text messages from the NSW Liberal Party urging voters to return the government.

Ms Andrews directed the department to put together a statement within 15 minutes about the arrival of a boat from Sri Lanka, the report found.

But a request from the minister to selectively release the information to a target pool of journalists, known in Canberra parlance as a “drop”, was rebuffed by the department.

A general release was issued instead, and its factual character was key to a finding by the secretary that the department had not acted in an inappropriate and political matter.

Ms Andrews has said that former prime minister Scott Morrison had asked her to have the statement issued but says there was no finding that she had breached caretaker conventions by doing so.

“There was absolutely no pressure put on the department,” she told the Nine Network on Saturday.

Excerpts from text messages received by department staff from the minister’s office shortly before Mr Morrison’s press conference began included: ‘‘Is it live?’’ and ‘‘A lot of people are furious’’.

Never be allowed again: PM comes down on Morrison’s final ‘abuse’ of power