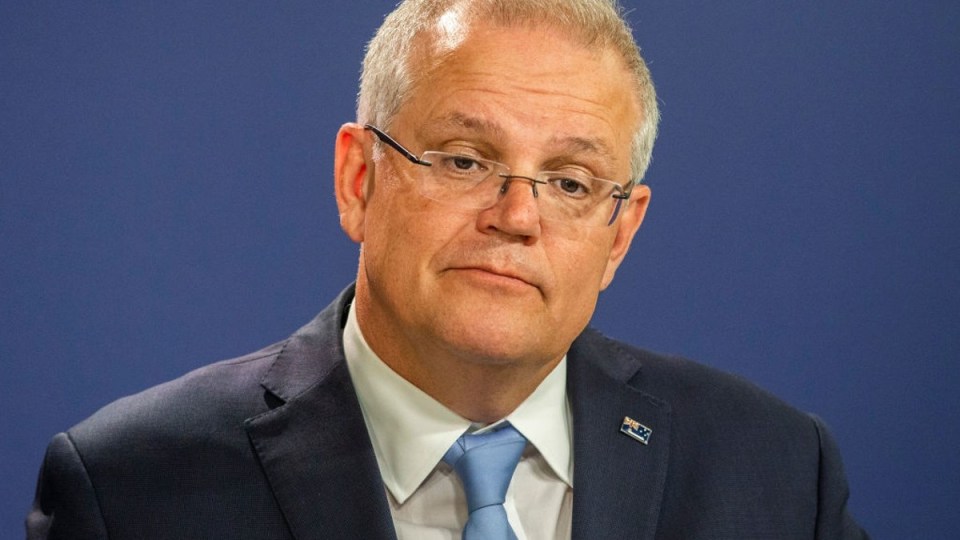 Former prime minister Scott Morrison pressured public servants to publicise the interception of an alysum seeker boat on the day of the May 2022 federal election, a damning report has found.

But the officials in Home Affairs had acted with integrity and refused to amplify a media statement they were forced to write about the Border Force operation unfolding on the high seas.

The report into the extraordinary circumstances surrounding one of the last acts of the previous Morrison government was prepared by the secretary of the Department of Home Affairs, Michael Pezzullo AO.

Releasing the report late on Friday, Labor’s Home Affairs Minister Clare O’Neil said the outgoing government had pushed to publicise the Border Force operation “for political gain” as Australians were going to the polls.

Not only was the move “unprecedented”, Ms O’Neil said it “sabotaged” the protocols of Operation Sovereign Borders, making their on-water work “more difficult and dangerous”.

“The profound compromise of a military-led operation is without precedent in Australia’s history,” said Ms O’Neil.

“It was disgraceful, shameful, and characteristic of a national government which frequently pursued political interests above the national interest.”

On the day of the federal election, Australian border authorities revealed an asylum seeker boat had been turned back.

But Ms O’Neil said the report found uniformed Border Force and Defence Force members, and public servants, “acted with integrity and at the highest standards at all times”.

In fact, when they were ordered to send the media release about the boat interception to specific reporters and post it on social media, officials refused.

Department secretary Michael Pezzullo issued his own directive that day that “under no circumstances is the department to drop the story to selected journalists”.

“The release once cleared is to be posted to our news and media site – no more and no less,” Mr Pezzullo said at the time.

The report found that the directive to whip up a media statement about the asylum seeker boat came from former home affairs minister Karen Andrews’ office, following a direction from Mr Morrison.

The department was given 15 minutes to draft and publish a statement by Ms Andrews’ office which was released minutes after Mr Morrison announced the boat interception in his final press conference as PM.

“I can simply say this. I’ve been here to stop this boat, but in order for me to be there to stop those that may come from here, you need to vote Liberal and Nationals today,” Mr Morrison said to media at that conference.

The report found there was no evidence to suggest departmental officials were aware of the Liberal Party tweet and SMS message to voters about the boat interception.

Following his election, Prime Minister Anthony Albanese directed the Home Affairs department to conduct an inquiry into the matter, the results of which were released on Friday.

The report noted that under Caretaker Conventions, it was the decision of the responsible minister whether the arrival of the SIEV 915 boat was in the public interest.

“In the absence of any statutory provisions governing the matter, the release of this information was a matter of administration in relation to which the Minister could give directions, having regard to their ministerial role,” the report stated.

“The apolitical character of the public service was preserved in this instance by the refusal on the part of Departmental officials to amplify the public statement by sending it directly to journalists and to post it on social media.

“Any domestic amplification was judged by officials to be primarily for political purposes. Accordingly, they declined the relevant requests.

“Had ministerial instructions been given to the effect that the public statement was to be amplified, then a case could have been mounted that such action would have been contrary to the relevant provision of the Public Service Act 1999 (for officials to act at all times apolitically), but this potential conflict between the exercise of ministerial authority and that provision in the Act did not arise as the requests to amplify were not pressed.”