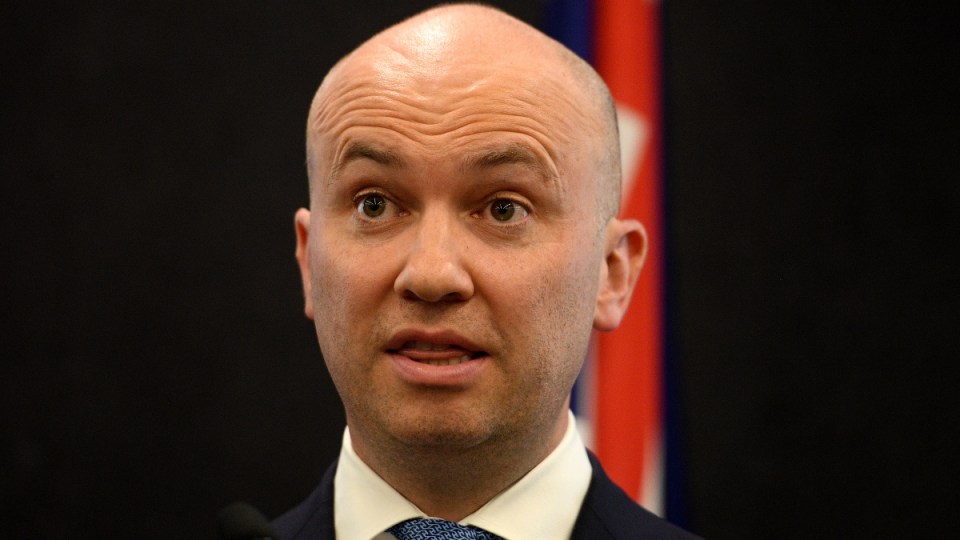 NSW Liberal Treasurer Matt Kean has issued a plea to voters not to boot the party's sitting MPs. Photo: AAP

A leader of the Liberal Party’s moderate faction has issued a plea to voters not to boot the party’s sitting MPs in favour of independents.

New South Wales Treasurer Matt Kean warned the move would leave the Liberals at risk of being taken over by fringe right-wing activists and conspiracy theorists.

He spoke in support of three Sydney MPs facing serious threat from so-called “teal independents”, making the case the Liberals have lost their way on climate change and socially progressive values.

The comments were pitched as a plea for unity, but they also spoke to a view in the party that its inner-city MPs are in deeper trouble than they needed to be because of election campaign decisions taken by Prime Minister Scott Morrison.

Mr Kean said the MPs – Jason Falinski, Dave Sharma and Trent Zimmerman – were voices of moderation and their departure could allow for takeover by extremists.

“We’ve seen the impact of what happens when the centre-right parties lose moderate voices,” he said.

“That is not in the Liberal Party’s interests.”

Mr Kean’s appeal stirred up a rift after some in the party’s conservative wing said they felt targeted by his remarks.

But it also underscored a perspective across factions in the state Liberals that Mr Morrison had recently done damage to the party’s organisational wing and its electoral prospects.

That reflects resentment among party members towards Mr Morrison over bypassing party procedures entirely to install nearly a dozen candidates who would usually be voted in only by grassroots members.

Mr Morrison’s insistence on his “captain’s picks” infuriated Liberals and caused relative unity between leaders of party factions to unravel after those who backed the deal came in for heavy criticism.

A senior member of the Liberal campaign told The New Daily that anger had boiled over about Mr Morrison’s handling of preselections, including a scandal surrounding Warringah candidate and anti-trans activist Katherine Deves, likely to hurt sitting MPs’ chances in inner-city seats.

“A sizeable number of Liberals are now of the view that the best thing that could happen is not only for Morrison to lose but to lose so badly that no one will ever try his campaign-by-central-command again,” the source said.

Privately, a handful of NSW MPs have argued that their chances of being returned at next year’s state election rely upon Mr Morrison’s campaign crashing and burning so that the government is free of any federal associations.

Long-time conservative faction leader Senator Concetta Fierravanti-Wells was one of those to split over Mr Morrison’s preselection plan.

She then – unlike other sitting MPs – lost her preselection without Mr Morrison intervening to help.

She returned the favour in a speech that overshadowed the media’s March post-budget coverage, in which she called Mr Morrison an “autocrat” and a “bully” and aired damaging allegations about his conduct in a party preselection.

The warning comes as new polling suggests a mixed projection for the fate of Liberals staring down “teal” challenges.

In Melbourne, the YouGov poll commissioned by The Australian newspaper found that two key Liberals, including Josh Frydenberg in Kooyong, would fall to an independent challenger.

But in Sydney, the seats of Wentworth, North Sydney and Mackellar were projected to be held by the Liberals.

The big-spending push by the independents is forcing some prominent Liberals such as Mr Frydenberg to spend much of the final stretch of the campaign at early voting centres where they would typically be making the national case for the government’s return.

Before Mr Kean’s moderates secured control of the NSW Liberals, the state party was dominated by a faction known to insiders as “the Taliban” for their unyielding right-wing views (Immigration Minister Alex Hawke was one of the faction’s top operatives before he defected to create a new grouping to which Mr Morrison also aligns).