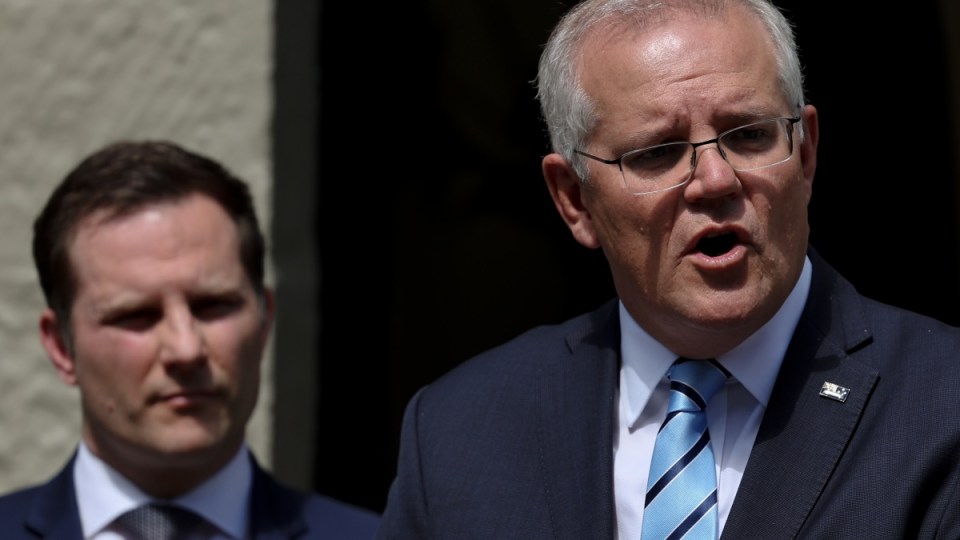 An order cancelling democratic votes for Liberal Party candidates in favour of having them picked by Prime Minister Scott Morrison and other party bosses is causing uproar among grassroots party members.

On Sunday, the federal Liberal Party voted to shut down its New South Wales branch and install Mr Morrison on a committee to pick party candidates for nine key seats.

The extraordinary move came after months of infighting in which Liberals argued Mr Morrison and his factional allies had been trying to stop democratic contests and install political allies.

The move could stop a fierce and distracting argument playing out over delayed preselections just before the May election.

Compromise has repeatedly failed, attempts to hold democratic votes have been blocked, and factional deals have not been upheld, seemingly leaving the party at an impasse.

Mr Morrison has long been advocating for the NSW branch to be shut down so that favoured candidates could be installed.

Opponents say cutting grassroots members out of the preselection process has angered much of the Liberal base, which could hurt the party on polling day.

The nine candidates to be chosen by the committee had been facing preselection challenges to be decided by votes. Now their passage will be assured.

A member of the Liberal federal executive told The New Daily on Sunday that it was left with no option but to shut down the NSW Liberals.

“Given the state of the NSW Liberal Party, our hands were completely tied,” the source said.

“It’s five minutes to midnight. And the NSW Liberal Party is completely factionalised and cannot reach agreement on fundamental issues of party procedure.”

A majority of senior members from across the party’s factions believe that the party’s impasse was largely engineered by the Immigration Minister and Mr Morrison’s key ally in the centre-right faction, Alex Hawke.

Mr Hawke, who sits on the party’s nomination review committee, consistently failed to show up to preselection meetings, delaying candidate selection for months on end.

That, critics say, created a sense of crisis and provided the justification for a takeover of the party so that candidates allied to factional bosses and Mr Morrison could be installed.

One NSW Liberal who was involved in a string of failed negotiations on preselection said the internal disagreement was a political tactic engineered by Mr Hawke.

“This whole debacle has been consistently caused by Alex Hawke,” they said.

“Alex is bringing about circumstances that maximise his influence in the process.

“He believes the party will lose the next election, and the more time runs out the better the chance is that he will have a lot more friends in the next parliament than this one.”

Mr Hawke did not respond to text messages.

“How could he [Hawke] have been so consistently unavailable? What was he doing? If the bloke is that busy he should have resigned,” the senior Liberal said.

“It’s an extraordinary state of affairs when a state cannot go ahead with choosing its own candidates.”

Before Sunday’s shutdown, a small number of competitive preselections were held, including for John Howard’s former seat of Bennelong and for the Senate ticket.

In an outcome only likely to further anger party conservatives, 17-year senator and former minister Concetta Fierravanti-Wells was dropped to third place on the ticket, an unwinnable seat behind Foreign Minister Marise Payne and Jim Molan.

Supporters of Ms Fierravanti-Wells alleged that the preselection was held in a way that weakened her chances.

Because of COVID-19 and the large distances members have to travel across NSW, she and others had been advocating holding preselections as “tele town halls” instead of requiring in-person votes.

A proposal to implement that new form of voting was disallowed by party bosses and never voted on.

Of the 780 Liberal members eligible to cast votes, only 555 showed up on Saturday. Some complained of distance, others of COVID-19.

But others are sceptical that the turnout affected the Senator’s chances.

Instead, Ms Fierravanti-Wells lost during an unusual political dynamic that had three sitting Senators vying for two winnable spots.

Ms Fierravanti-Wells won a plurality of the first round of voting for the Senate ticket. But after a run-off Mr Molan prevailed narrowly, winning 195-174.

That takeover was led by a committee of three composed of the same members as the most recent committee: Mr Morrison, Christine McDiven and Premier Dominic Perrottet.

In an extraordinary challenge to the sitting Prime Minister, a member of the Liberals’ conservative wing, Matthew Camenzuli, has launched court action against the first takeover plan, arguing it violated party rules.