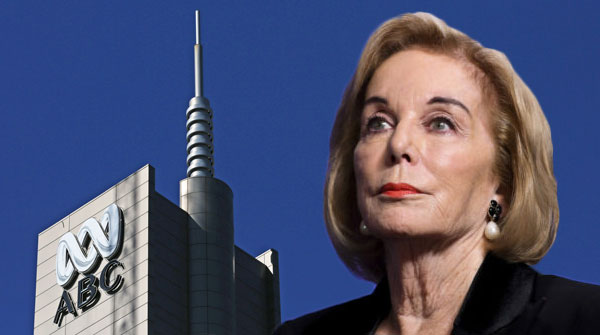 Former 7.30 host Quentin Dempster said the Senate inquiry, which apparently has the backing of the Prime Minister, was part of a “smear campaign”, while fellow ABC veteran Helen Grasswill called it “hideous”.

ABC chair Ita Buttrose on Sunday accused the Coalition of “political interference” in the national broadcaster, blasting Senator Bragg’s inquiry into its internal processes as an attempt to “undermine” its independence.

“I usually go for cock-up rather than conspiracy, but in this case, it looks like there’s some hybrid of the two,” Ms Grasswill, acting chair of the ABC Alumni, told The New Daily on Tuesday.

“The common rhetoric that comes from the Liberal Party, the IPA [Institute of Public Affairs], the Murdoch media, it’s notable – it all seems to be geared towards some common objectives of neutering the ABC,” she said.

Greens senator Sarah Hanson-Young, deputy-chair of the Senate committee that would run the inquiry, said the ABC probe would be “an abuse of process” and that Senator Bragg had been “tricky” in the way he’d engineered it.

“I believe it’s up there with the modus operandi of Mr Morrison, which is to be tricky,” Senator Hanson-Young told TND.

As chair of the Senate’s environment and communications committee, Senator Bragg announced last week a review into the “complaints handling arrangements” at the ABC and SBS.

He claimed “complaints are not being seriously addressed and this is undermining the organisation”, alleging the broadcasters were not doing enough to “swiftly resolve” any “mistakes”.

The ABC last month commissioned an independent review of complaints handling and editorial policies, including training, remedies and transparency.

Mr Bragg’s inquiry was met by a swift and furious response from ABC chair Ita Buttrose, who in a strongly-worded statement on Sunday branded the inquiry an attempt at political interference in the broadcaster.

Ms Buttrose repeated the sentiment on ABC radio on Monday.

“What we have here, really, is a partisan political exercise under the guise of using its Senate legislation committee for government senators to undermine the ABC’s independence,” she said.

And despite The Australian reporting in an “exclusive” report on Sunday night that Senator Bragg had gone “rogue” in announcing the inquiry without party support, the move appeared to have the blessing of Prime Minister Scott Morrison by Monday.

Mr Morrison told a media conference that the ABC was “not above the scrutiny of how they conduct themselves using taxpayers’ money”.

When Senator Bragg announced his inquiry into the complaints systems of the ABC and SBS last Thursday, some saw it as political rather than practical.

“This, to me, feels more like he’s doing the bidding of those in the Morrison government who are more obsessed with the culture war,” Senator Hanson-Young said.

Mr Dempster said the Liberals’ rhetoric against the ABC had been “backed up by strident partisan commentary by Michael Kroger and Richard Alston on Sky News and commentators for the Murdoch press”.

“I want to know if this was Senator Bragg’s own work, or was he put up to it by Mr Alston on behalf of the Libs,” he said.

“My scepticism was provoked by Senator Bragg’s mere one line as the terms of reference.”

The ABC had already commissioned an independent review into its complaints handling process with eleven terms of reference, leading many to consider the Senate inquiry redundant.

Earlier in November, Senator Bragg told Sky News that the ABC’s complaints handling process was “a bit like Dracula and the blood bank” because “they basically mark their own homework”.

However, the broadcaster hit back, arguing that its processes are among the most transparent and powerful in Australia and the world.

The ABC’s complaints handling team does not report to any content directors and their rulings cannot be vetoed by the editorial director.

“We considered them the enemy,” said Ms Grasswill, who worked for more than 40 years as a journalist and television program maker, including 20 years as a producer of ABC’s Australian Story.

A ‘sleight of hand’

Ms Grasswill agreed, calling the move “a sleight-of-hand before we even start”.

Senator Hanson-Young also said the Coalition’s scrutiny of the ABC was inconsistent with its track record on government transparency.

Among a number of transparency issues to arise during its term, the Morrison government has been criticised for failing to establish a federal anti-corruption commission it promised more than three years ago.

“And anything that gets in the way of that – they try to shut down, intimidate or bully.”

Senator Bragg, who entered parliament in 2019, has a history of controversial crusades, both as a politician and a lobbyist.

For seven years, Senator Bragg worked on public policy at the the Financial Services Council (FSC), the main lobby group for retail (bank-owned) superannuation funds, and ultimately became its director of policy and global markets.

During this stint, he opposed the Gillard Government’s Future of Financial Advice (FOFA) reforms, which among other things were designed to ensure financial advisers act in the best interests of their clients.

In his capacity as FSC policy director, Senator Bragg told a Senate economics committee in 2014 that the FOFA reforms “significantly overreached“.

Senator Bragg later said he had been wrong on the issue.

In 2017, Senator Bragg took a role at the Business Council of Australia, heading up membership services.

In this role, he orchestrated a campaign against industry super funds, enlisting key Coalition politicians and News Corp pundits to paint these not-for-profit organisations as cash cows for unions and the Labor Party.

In 2018, Industry Super Australia’s chair Peter Collins – who was the NSW Liberals leader in the 1990s – said Senator Bragg’s campaign was “akin to party political propaganda”.

As part of his continued crusade against industry super funds, Senator Bragg has long been a vocal critic of The New Daily, which is owned by Industry Super Holdings.

Politics and the media

Senator Bragg recently teamed up with Wentworth MP Dave Sharma to criticise public interest website They Vote For You, which publishes the voting records of MPs and senators.

In a letter referenced by The Sydney Morning Herald, Senator Bragg said the website published information “in a highly partial, polemical and partisan light”.

He claimed that the website listed him as having voted against protections for queer people and against the proposed Indigenous Voice to Parliament, despite the fact he campaigned in favour of marriage equality and wrote a book about Reconciliation which backs a Voice to Parliament.

Matthew Landauer, co-founder of the OpenAustralia Foundation which runs the website, said the the function of the site was simply to allow people to see whether a politician’s votes inside Parliament House matched what they said outside it.

Mr Landauer told the SMH the website was “not in any shape or form biased towards one political party or another”.

Among other things, the website lists Senator Bragg as having voted moderately against increasing big business transparency and stopping tax avoidance, and strongly against “stopping former ministers from taking lobbying positions within five years”.

The New Daily has sought comment from Senator Bragg for this story.