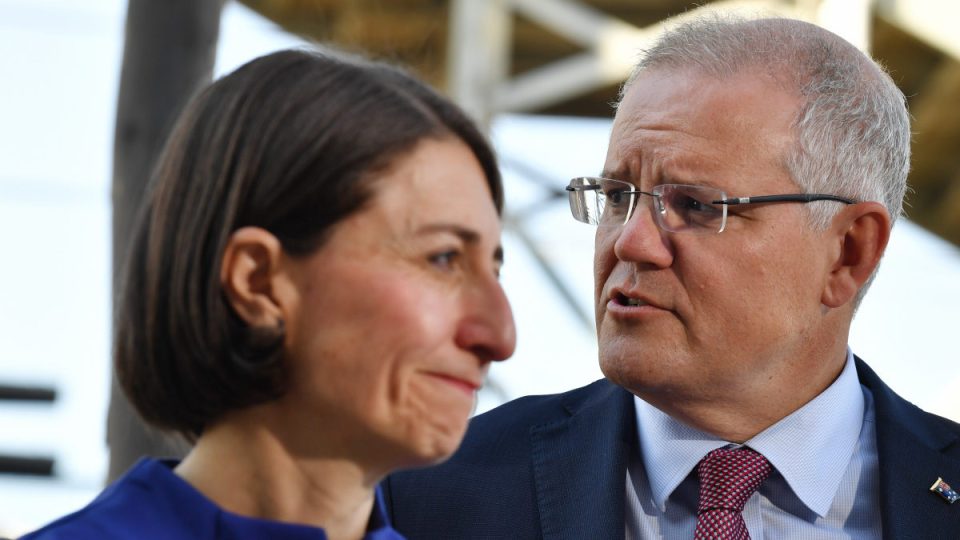 Gladys Berejiklian’s abrupt resignation may have forced the federal government’s hand to legislating a Commonwealth anti-corruption body after years of delay, but don’t expect it to have the same teeth as New South Wales’ watchdog.

“It’s certainly not a model that we ever consider at a federal level,” Prime Minister Scott Morrison said on Tuesday.

But Senator Stoker also confirmed the government “expected” to introduce its integrity commission model into federal Parliament by year’s end.

More than 1000 days since Mr Morrison first promised a federal anti-corruption body, it may finally see the light of day – albeit in a form described as “weak” and “toothless” by critics.

So what will it look like? And why is the federal government so worried about NSW’s ICAC?

The federal government has proposed a body named the Commonwealth Integrity Commission, or CIC.

It was announced in December 2018 by Mr Morrison and then-attorney-general, Christian Porter, following years of criticism that state governments operated under anti-corruption bodies but no such entity existed federally.

According to an exposure draft of the model, the CIC would have two streams:

Mr Morrison said in 2018 his proposal would have “real teeth”.

What are the criticisms?

Mr Morrison claimed the CIC would have stronger investigative powers than a royal commission.

But it has been criticised by Labor, the Greens, independent crossbenchers and public integrity experts for falling short of the powers given to NSW’s ICAC.

For one, the CIC would only hold public hearings for the law enforcement side, not for the public sector.

That is, politicians wouldn’t be subjected to public trials, as they are in NSW’s ICAC.

Further, the CIC can only investigate matters which it has a “reasonable suspicion” would meet the bar of criminal corruption, a far narrower scope than NSW’s body.

It can also only begin investigations after referral from federal agencies or ministers, and can’t act on anonymous tips or start a probe on its own.

Labor’s shadow attorney-general Mark Dreyfus was also critical of the fact the CIC would not have retrospective investigative powers.

“It has to be able to look into the past,” he told ABC Radio on Tuesday.

Last month, Mr Dreyfus noted it had been 1000 days since then, with no legislation even introduced into Parliament.

Mr Morrison blamed the delay on the pandemic, saying he was “not going to have one public servant diverted” from COVID management.

The government also blamed the difficulties of conducting a proper consultation for the proposal during the pandemic.

But Senator Stoker said on Tuesday she would “hope to have something before the Parliament before the end of the year”.

Labor leader Anthony Albanese was sceptical, telling ABC Melbourne: “They’ve had 1000 days, why would you think that they’re going to do something in the last few weeks?”

There are just four sitting weeks before Parliament rises for the year – two in October and two in November.

“We are really keen to get this done, and to get it done in a way that makes sure we get all the advantages of having an integrity body and avoid the pitfalls of those bodies that I would suggest have become almost rogue in the way that they operate,” Senator Stoker told ABC’s Radio National on Tuesday.

Those comments were just the latest salvo the federal government had fired on NSW’s ICAC model, with senior figures from the Prime Minister down taking shots at that commission after Ms Berejiklian’s resignation.

Mr Morrison told Channel Seven he had concerns about ICAC “for some time”.

“You’ve got to have processes that assume people are innocent before thought to be guilty and that is a real problem,” he said.

“I’m sure there are millions of people who’ve seen what’s happened to Gladys Berejiklian. They’ll understand that’s a pretty good call not to follow that model.”

But ICAC has not made any findings against Ms Berejiklian, nor claimed she was “guilty”.

Instead, ICAC simply announced it was “investigating” whether she had “engaged in conduct” which potentially fell foul of anti-corruption safeguards.

ICAC didn’t force Ms Berejiklian to step down or resign.

In a press conference announcing her decision, she said she was actually following her own rules she’d made for her ministry, that anyone under ICAC investigation should voluntarily stand down in order to “maintain the integrity of the public office”.

Ms Berejiklian said she quit entirely, rather than standing aside, because it was unclear how long the ICAC process would take.

ICAC also does substantial private investigations of its own – including confidential interviews – before deciding to hold public hearings.

“The PM’s comments this morning that the NSW ICAC assumes guilt before an investigation are patently wrong and are designed to justify his pathetically weak proposal for a toothless body that wouldn’t have applied to or stopped many of the scandals we’ve seen plaguing his government,” she said.

Even new NSW Premier Dominic Perrottet distanced himself from federal government criticism of ICAC, saying he had no issues with the commission, nor plans to “reform” it.

“The integrity agencies, the ICAC, have an important role to play. They will do their work, and their work should be respected,” Mr Perrottet said.

“Its broad sweeping powers of inquisition and compulsion have seen lives destroyed over trivialities, careers ended over investigations that have gone nowhere,” she told the ABC.

Senator Stoker wouldn’t confirm if the CIC would have retrospective powers, as demanded by Labor, saying it was still to be decided and she wanted “all matters to be on the table”.

“We now know why Scott Morrison doesn’t want a national anti-corruption commission and that’s because he knows that his cabinet ministers would be in strife and he knows that we’d be getting the sorts of outcomes that we’ve seen in NSW the last few weeks,” he said on Tuesday.