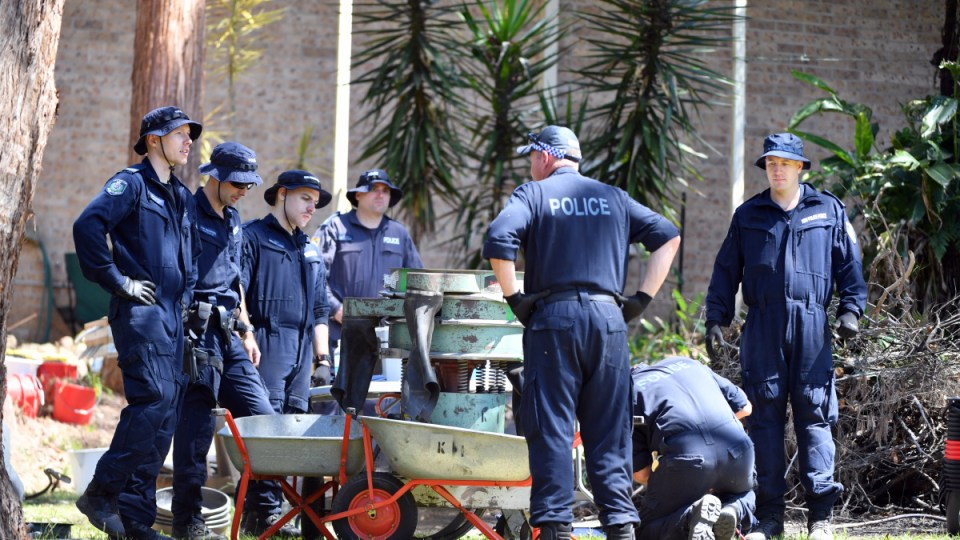 Police have identified a new, lone person of interest as they continue their renewed search for missing boy William Tyrrell.

Officers spent much of Tuesday digging in the garden below an upper-storey balcony at the former home of William’s foster grandmother in Kendall, on the NSW mid-north coast.

A cadaver dog, used to detect human remains, has been scouring the property while police also brought in a mechanical sifter for the dirt.

Three-year-old William has not been seen since he vanished from the property while playing with his five-year-old sister in September 2014. There were multiple media reports on Tuesday that police were focusing on a theory that the boy might have fatally fallen from the balcony of the Kendall home.

On Monday, NSW Police announced a new “high intensity” search for William’s remains, after new evidence emerged in the case.

Hundreds of officers are being assisted in the search by SES volunteers and the NSW Rural Fire Service.

On Tuesday, NSW Police Commissioner Mick Fuller said there was “one person in particular” detectives were focusing on as their investigations into the little boy’s disappearance continued.

“These officers have been working tirelessly to get to this point today,” he told Nine Radio.

Mr Fuller said he was certain police would solve the case, despite it being seven years since William was last seen.

“There’s one person in particular we’re looking at,” he said.

“I am confident that the team that has the investigation now can solve it.

“I truly believe that and I have from the start.”

He said he didn’t want to say too much for fear of compromising the investigation.

“Officers have been working tirelessly to get to this point where we are searching land, again using the best technology available,” he said.

“They inherited what was a bit of a mess and have really cleaned up that investigation and they have a clear strategy and one of those is going back to Kendall.”

Police Minister David Elliott said the “inherited mess” would probably be subject to an internal police review, but the focus should be “on drawing this matter to a conclusion”.

The commissioner and the taskforce had the government’s full support, he said.

There are also numerous reports that police have sought apprehended violence orders against a person or persons of interest in the case, but they have refused to comment publicly.

But Mr Elliott would say only that it was “a matter of public record that police are issuing AVOs”.

“We need to be cautious about how we discuss that in the public domain so smart lawyers don’t use our comments to neutralise a conviction,” he told the Seven Network.

William’s foster family have never been publicly named due to legal reasons.

Asked if there was a police theory that the boy might have fallen from the balcony of the Kendall house, Mr Elliott said “every single option has to be investigated”.

This week’s renewed searches came after developments in the investigation, he said.

“There are a number of people who have been providing intelligence and working with the police,” he said.

Kirstie Clements: Want to be a granfluencer on your next cruise? Try these ten chic tips
Helicopter on way to rescue family stranded in Simpson Desert
Today's Stories