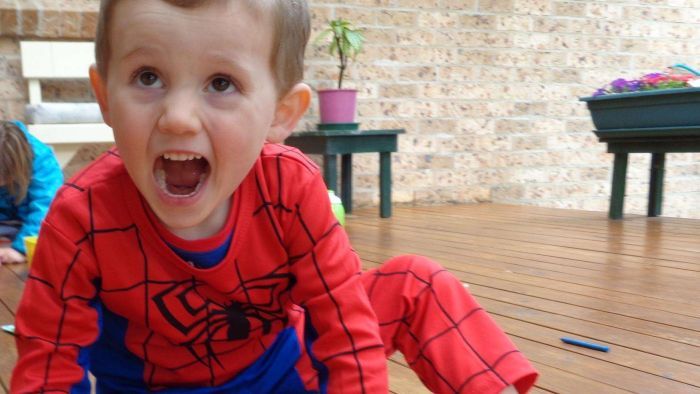 Police say they have narrowed the hunt for William Tyrrell down to a single suspect.

Police in NSW have returned to the home of William Tyrrell’s foster grandmother as their renewed “high intensity” search for the missing boy continues.

William, then three, was last seen at the Kendall home of his foster grandparents in September 2014.

On Tuesday morning, police were searching an area directly below a second-storey balcony at the home.

The Sydney Morning Herald was reporting police were investigating whether the little boy had been involved in a fatal fall from the home’s balcony. They were digging up the house’s garden and sifting dirt beneath the balcony on Tuesday morning.

The newspaper said a police cadaver dog was at the scene and Strike Force Rosann would consult a forensic anthropologist, an archaeologist and a hydrologist in a bid to unearth new evidence in the case.

They were also scanning an area of bush about a kilometre away, where trees have been chainsawed.

NSW Police Commissioner Mick Fuller said officers had worked tirelessly to get close in on a breakthrough in the seven-year investigation.

“There is certainly one person in particular that we are looking closely at,” he told Sydney radio 2GB on Tuesday.

“I certainly don’t want to declare too much because again in these cases you do not want to compromise a potential outcome.”

The case of the missing boy in the Spider-Man suit has captured the nation’s attention since William disappeared from the garden of the home on the NSW mid-north coast in 2014.

On Monday, NSW Police announced a new “high intensity” search for William’s remains. Hundreds of officers are being assisted in the search by SES volunteers and the NSW Rural Fire Service.

Asked about reports police were seeking an apprehended violence order against a person or persons of interest in the case, Police Minister David Elliott would not say too much.

“It is a matter of public record that police are issuing AVOs,” he told the Seven Network.

“We need to be cautious about how we discuss that in the public domain so smart lawyers don’t use our comments to neutralise a conviction.”

Earlier, he told the Nine Network it was “a matter of public record that a number of people who had relationships with William have been questioned by police”.

William’s foster family have never been publicly named due to legal reasons.

Ten reporter Lia Harris, who interviewed the foster parents for her 2019 podcast Where’s William Tyrrell? said she had recently received a subpoena from the coroner’s court for “a very broad range of material”.

“Everything that I had uncovered in my research for the podcast, audio files, documents, everything, including those raw tapes of my extensive interviews with the foster parents,” she told 2GB on Tuesday

“To me, it signalled that they had either taken a new direction or they had a new theory they were working on.”