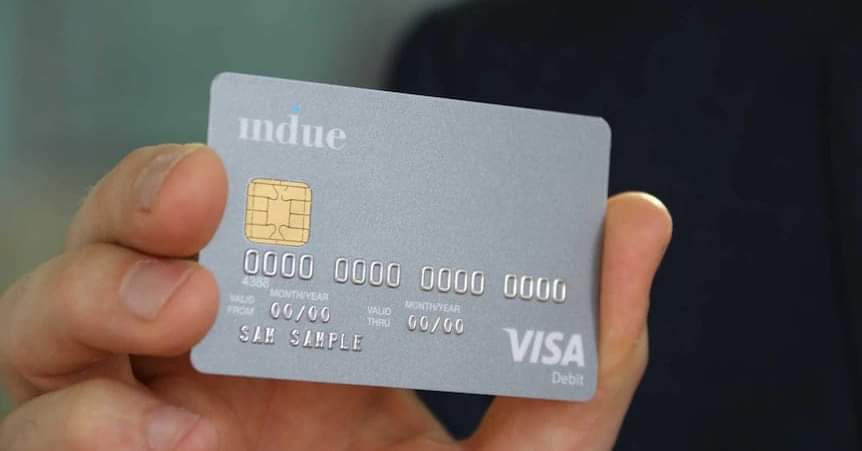 The government flatly denies the cashless welfare card will be extended to age pensioners Photo: No Cashless Card Tasmania
exclusive

In series of social media posts and speeches in recent weeks, Labor MPs have claimed the government was gearing up to extend the cashless card – which quarantines 80 per cent of a recipient’s payments – to the elderly.

It’s a claim Senator Ruston vehemently denies, bluntly ruling out any such move, but Labor MP Justine Elliot said she “won’t be silenced” and plans to continue spreading the message online.

“I am committed to calling out Labor’s misinformation because putting claims on social media which are simply not true doesn’t help anyone,” Senator Ruston told The New Daily.

At the centre of the issue are several Facebook posts from Ms Elliot, the Member for Richmond.

“WARNING TO PENSIONERS”, one read, accompanied by emojis of a flashing emergency services siren.

“If re-elected, Scott Morrison will force pensioners onto the cashless welfare card.”

Ms Elliot’s various Facebook and Twitter posts have racked up many thousands of comments, likes and shares.

Under the Cashless Debit Card program, 80 per cent of a person’s welfare payments are quarantined on a card that cannot be used to withdraw cash, or buy alcohol or gambling products.

The government has faced intense scrutiny and criticism over forcing people in some regional communities onto the card.

The Australian Human Rights Commission claimed some programs of the card are not compatible with human rights obligations.

Ms Elliot’s post claimed pensioners should “[say] goodbye to cheap food and drinks at your local club and pub”, or even buying a lotto ticket.

The Facebook post also includes a quote from Senator Ruston, from February 2020, where she said “I see… the cashless debit card becoming a more universal platform”.

That quote makes no specific mention of putting age pensioners on the cashless debit card.

Ms Elliot has also posted video clips of Senator Ruston saying the government was considering “broadening the use of the card”, but shrugging off questions about whether the card would be compulsory for pensioners.

Ms Elliot and Senator Ruston have engaged in a social media back and forth, with the minister replying directly to one of Ms Elliot’s posts to claim she was “spreading lies and simply fear-mongering.”

“The government has publicly ruled out ever requiring age pensioners to use the cashless debit card,” replied Senator Ruston, adding purchases could be made at pubs, clubs and even for lotto tickets.

“Please check the facts before your next misinformed social media rant.”

Several other Labor MPs, including Julian Hill and Peta Murphy, also commented on Ms Elliot’s post in support of her claims.

In a statement to TND, Senator Ruston was blunt in again ruling out the allegations.

“Let me be perfectly clear, this government has no plan and will never have a plan to force age pensioners on to the cashless debit card,” she said.

But Ms Elliot said she was not convinced, and would continue posting.

“As you can see from my Facebook page, nobody believes what she’s saying,” she told TND.

“A lot of people in my area were raising their concerns, I’ve been inundated. All the conversation we hear from this government is they want to expand this. Everything points to them doing it and nobody trusts them.

“I have no doubt, if re-elected, the government will pursue this.”

When TND pointed out Senator Ruston hadn’t actually mentioned the age pension in the videos posted, Ms Elliot said “that’s how I and many others have interpreted it”.

“The government has talked about the success of it. It’s on their agenda,” she said.

“The entire Labor team will keep pursuing this … I won’t be silenced or bullied by these people.”

Ian Yates AM, chief executive of Council of the Ageing, told TND he was “confident” – based on regular conversations with the officials – the government had no plans to move pensioners onto cashless debit cards.

“COTA would not support such a move, but does not believe there is any plan or intention to do so,” he said.

Australian Council of Social Service CEO Dr Cassandra Goldie said she was “firmly against the cashless debit card being made mandatory for anyone”.

“People struggling on social security know better than most about budgeting and don’t need the federal government to teach them,” she told TND.

“This cashless debit card is an invasion of privacy. It’s unnecessary, expensive, stigmatising and impractical.”

Kathryn Wilkes, spokesperson for No Cashless Debit Card Australia, said thousands of people on the card often struggled to pay for simple things because the card doesn’t allow it.

For example, she said some supermarkets in regional areas don’t accept the card, so users are forced to either drive out of town to another supermarket, or get friends to buy groceries on their behalf.

“It’s destroying families and their credit ratings and rental histories.”

No, the government isn’t putting age pensioners on the cashless debit card