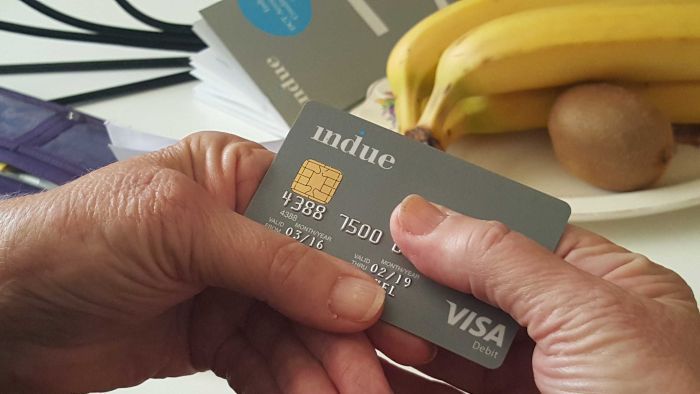 The cashless welfare card quarantines up to 80 per cent of a person's income support. Photo: Getty

Social services have hit out at Prime Minister Scott Morrison’s plans to roll out the controversial cashless welfare card across the nation.

The card is designed to curb anti-social behaviour and drug and alcohol abuse by quarantining 80 per cent of income-support payments.

The rollout is one step closer after independent senator Jacqui Lambie backed an expansion of the trial.

Speaking to the Nine newspapers, Mr Morrison praised the card, saying the results from trials of the program were “commending itself for wider application”.

He indicated the national rollout may be directed at people under 30, but stressed he would be patient to ensure the government consulted with communities.

Research into the controversial cards is inconclusive, with the government recently commissioning independent studies into its effectiveness.

The cashless welfare trials are operating in the East Kimberley and Goldfields regions in Western Australia, the Bundaberg and Hervey Bay region, in Queensland, and in Ceduna, South Australia.

Last year, a report released by the Australian National Audit Office found the government’s data on the initial trials was inconclusive.

The report said it was “difficult to conclude” if there had been a reduction in social harm because of the “lack of robustness in data collection”.

While there’s limited research to deem the program as a success, there’s a growing chorus of voices against the card.

Hervey Bay’s Kathryn Wilkes, who has campaigned against the card for years, said they had made it hard for people to do everyday things.

“We’ve had people who have had the card hacked, all sorts of problems. There’s a lot of stigma, a lot of backlash,” she said.

“The worst is kids being bullied in school. I’ve got one 15-year-old boy who is being bullied. They’re saying his parents have a ‘crackhead card’.”

She said the card created unnecessary stigma when people were trying to find jobs in a slowing economy.

“People just want to be able to pay their rent, fix their car, pay for their kids and have a little bit of a social life,” she said.

“They want to work, but there isn’t much around. The banking sector is letting go of 10,000 people this year. So many corporates letting people go because of automation.

It’s a sentiment echoed by many social service groups.

“Cashless debit is unnecessary, expensive, stigmatising and impractical, making it harder for people to buy second-hand goods,” she said on Sunday.

“It costs thousands per person to administer and many people feel humiliated when they have to pay with the card, especially in small towns.

“This can compound the sense of shame many people feel about being unemployed, when they are doing all they can to find paid work in today’s competitive job market, with one job available for every eight people looking.”

Extending the cashless card trial is part of a two-pronged makeover of the nation’s income support system.

The government also plans to move on legislation to trial drug-testing for new job seekers this week.

So far Labor has been coy on whether it will push back against the government’s overhaul, with frontbencher Tony Burke making the strongest statements against the proposed changes on Sunday.

Speaking to Sky News, Mr Burke said the card made life more complicated for people and the communities they live in.

“Let me tell you a really quick local example as to how this cashless debit card creates real problems,” he said.

“But the cashless debit card says you can only go to those [stores] who’ve signed up. So what does it mean? It means the government will be forcing people away from small businesses to buy products at a higher price, to make it harder for people to make ends meet.”

The Labor caucus will meet early this week to finalise its position.