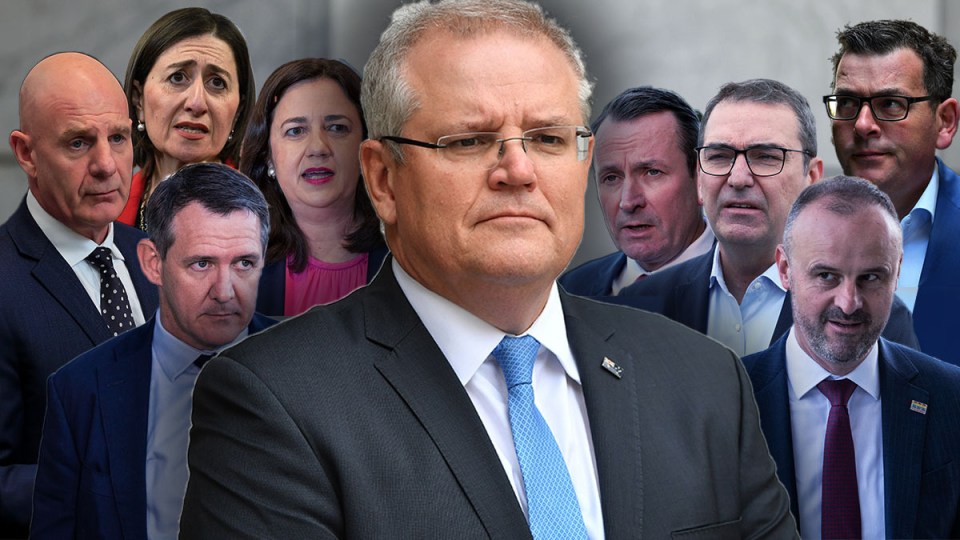 Is Scott Morrison falling out of favour with the Quiet Australians? Photo: TND

Scott Morrison holds his Quiet Australians close. He credits them with winning him the miracle victory at last year’s national election.

They are the people John Howard identified as not being represented by cultural elites, as Katharine Murphy observes in her Quarterly Essay on Morrison and the pandemic, The End of Certainty, released next week.

They were known as Howard’s Battlers and were seen as a voting echo of Robert Menzies’s Forgotten People. Now, there are signs Morrison is losing his ear for listening to the Quiet Australians.

His vigorous and, as Queensland Premier Annastacia Palaszczuk said on Friday, intimidating pressure on state and territory leaders to bend to his will and agree to a prescriptive formula for opening borders has been completely out of touch with popular opinion.

The front page of The West Australian recorded the latest opinion in the state, declaring Premier Mark McGowan to be “Mr 91 per cent” with a concurrent rating of 92 per cent to keep borders in the west shut down.

McGowan is not the only state leader with unheard-of ratings beyond 80 and 90 per cent. The WA Labor Government faces an election next March, and Queensland is going to the polls at the end of October.

Just a few weeks ago, the Labor Government in the Northern Territory was returned comfortably on the back of a vote that was primarily a referendum on the handling of the pandemic.

No state or territory leader is going to ignore public opinion on this or any other issue but it has to be stressed that none of them is acting outside of deliberate health advice.

The cheer squad for opening borders – backed most forcefully by big business and some interests – might not be the kind of cultural elite Howard used to talk about.

It is, however, a business elite that cannot wait until there’s some kind of snapback to something resembling pre-COVID normal.

It was most graphically on display with a campaigning front page in The Australian, News Corp Australia’s national daily, on Friday led by a piece from editor-at-large Paul Kelly, who declared “Fortress Premiers” were betraying the nation.

“Understand what is happening — these premiers are safeguarding the interests of their state by punishing the nation and the wider Australian population,” wrote Kelly.

“They are dividing Australian against Australian. They pose as strong leaders but thrive on soft options.”

What commentators like Kelly miss are what others, like Martin Wolf from The Financial Times, have emphasised – that a good economic response to the virus can only be secured if strict health measures are observed first.

The main target of Morrison’s muscular attack is the Palaszczuk Government because it is in an unavoidable political frame with a fixed term election being held on October 31.

This means anything that’s said or done by Palaszczuk or her ministers – or even her chief medical officer, Dr Janneatte Young – is put in a political box in order to devalue it, regardless of the context or validity of issues that emerge in these extraordinary times.

This week, Palaszczuk was pressured because three chartered flights carrying officials, players and families from the Australian Football League flew into Coolangatta to announce the 2020 AFL grand final would be held at the Gabba in Brisbane next month.

Why could 400 AFL “celebrities” fly in while someone with a health issue couldn’t get to a Queensland hospital?

These issues are not that simple.

Health issues that have been highlighted – sometimes with shameless opportunism – are almost always a case of misunderstanding or misconception.

This past week, the Queensland Government, somewhat belatedly, set up a special unit to work through these problems.

Also, the fact a lot of people arrived for a big sporting event is not new.

It’s happened in Queensland in recent months for netball, V8 Supercars and other competitions.

It’s just been easier to play hard politics when a government is facing an election. The same thing happened in the lead up to the Northern Territory election but the government of Michael Gunner held its ground – and was rewarded by the voters.

Yesterday, Morrison used the failure to get consensus for his plan to have an immediate “traffic light” go and no-go region-based carve-up of areas affected by the virus, to announce the end of having consensus as a goal – a breathtaking bit of footwork to make the best of a losing hand.

Meanwhile, the states (with the exception of WA) are going to go back to where they were.

It’s an unequivocal win for Palaszczuk.

She has been given permission to continue her current settings for dealing with COVID at least until the October election. Her resolve has kept her on side with the public and there will be relief in the Queensland community that this status quo remains.

Overall, there will be work by the states to move back to where things were before the Victorian second wave erupted.

It’s a neat way of saying we might have not got very far but we’re going to stay on the road forward.

The pace and direction remain a work in progress.