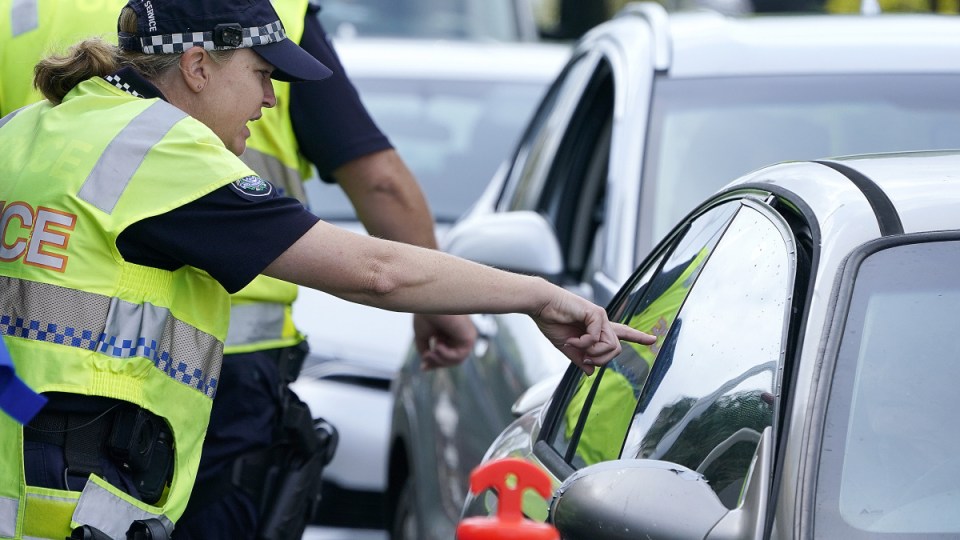 Victorians have been restricted from travelling to Queensland during the southern state's latest COVID outbreak. Photo: AAP

Australia is tackling “three different pandemics” as Victoria grapples with its own outbreak while Queensland and NSW scramble to prevent a second wave.

But deputy chief medical officer Nick Coatsworth said it was a matter of “national interest” to develop a uniform approach, especially when it came to contentious border closures.

State and territory leaders are contending with the health and economic impacts of border restrictions while also racing to contain emerging clusters.

Confusion over border closures was highlighted when a pregnant northern NSW mum lost a twin after she was flown to Sydney rather than attending a closer hospital in Queensland.

Agreeing to a definition of a coronavirus “hotspot” will be crucial to how controls on travel are put in place or lifted, with the Prime Minister and state leaders to meet next Friday.

Dr Coatsworth said it would be a challenge to find the right definition.

“We have clearly got three different pandemics going on in the country at the moment,” he told reporters in Canberra.

“We have got Victoria, which is really pleasingly, after a really difficult time, coming down off its second wave.

“We have got the next two most populous states, NSW and Queensland, doing the best to avoid a second wave. Then we have four states with no community transmission at all.”

Meanwhile Tasmania has extended its state of emergency for two months despite having just one active coronavirus case.

The declaration will stay in place until October 26 and it was recently announced the island’s border would not reopen until December 1.

Mr Morrison said the pandemic should not be used to “retreat into provincialism”.

The prime minister praised Denmark, which has a traffic light system for travel restrictions based on the number of infections per 100,000 people.

Victoria’s health chief hopes case numbers will drop below 100 over the weekend but people have been urged not to drop their guard in the sunny weather.

After Thursday night’s freak storm, the weather was much milder on Friday in Melbourne and a sunny day is forecast for Saturday.

Victoria reported 12 coronavirus deaths on Friday, taking the state toll to 496 and the national figure to 583 – all the fatalities were aged-care related.

But new case numbers were 113 for Thursday and Friday, meaning there had been no days above 150 since Monday.

In Queensland, gathering limits of 10 have been extended to the Gold Coast linked to a Brisbane youth detention centre cluster were diagnosed with the virus.

Schoolies Week has deemed a “high risk” and cancelled less than three months before it was scheduled to begin.

Concerts and large parties will be banned, with limits on gatherings at beaches and apartment complexes.

Three people were diagnosed with COVID-19 in Queensland on Friday, bringing the number of active cases to 20.

All are linked to the corrections training centre at Wacol, in Brisbane’s southwest, where a senior trainer was diagnosed with the virus on Thursday following the outbreak at the nearby youth facility.

Meanwhile in NSW, a growing cluster linked to a Sydney CBD gym at the City Tattersalls Club has grown by six more cases.

Now numbering 14 cases, it proves how quickly virus outbreaks can spiral out of control, the NSW chief health officer says.

The infections have also caused the shutdown of a number of other venues across the city and prompted an extension of visitor restrictions for aged care facilities until September 12.

Also of concern is the fact that almost half of Sydney-based COVID-19 patients did not seek testing until at least three days after their symptoms developed.