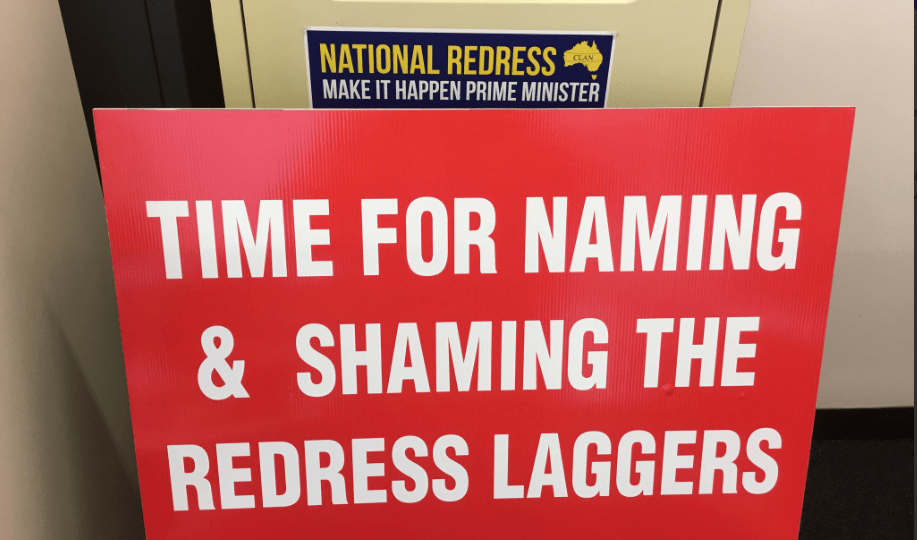 The government is naming institutions that still haven't signed up to the scheme. Photo: CLAN
exclusive

A pony club, a self-help group accused of being a ‘cult’, youth groups, and the Jehovah’s Witnesses church are among the institutions still refusing to join the scheme to compensate victims of child sex abuse.

On Wednesday morning, Minister for Families and Social Services Anne Ruston revealed the names of the organisations as the federal government confirmed all six would be punished through bans on future funding.

“It is completely unacceptable that these institutions have failed to meet their moral obligation to join the National Redress Scheme,” Senator Ruston said.

“These are institutions which know they have been named in applications and yet they have chosen to shirk their responsibility to finally do the right thing by these survivors.”

Tuesday was the deadline for organisations to explain why they were refusing to join the National Redress Scheme before the government followed through with a threat to name and shame them.

The New Daily revealed on Monday the government had warned the organisations could be stripped of funding and have their charity status revoked if they did not sign up to the scheme.

Senator Ruston’s office said on Wednesday it was still investigating how it could revoke tax concessions such as the organisations’ charity statuses.

“I will discuss action state and territory governments can take against these institutions and how we can best support survivors at the next meeting of the Redress Governance Board on July 8,” Senator Ruston said.

At least 55 survivors of sexual abuse are unable to have their applications for compensation for trauma processed because of the refusals of the six organisations.

Survivors can still apply to the scheme, and the organisation named in their application will have six months to join it.

Failure to do so will mean they will be publicly named and become ineligible for Commonwealth funding, the government said.

“The Morrison government recognises that survivors of institutional abuse have waited too long for redress and we are committed to continuing to improve the scheme,” Senator Ruston said.

Already, all state and territory governments, as well as 224 non-government institutions – including schools, community clubs, sporting groups and charities – have signed up to the National Redress Scheme.

Another 156 institutions have since committed to joining the program by the end of 2020, meaning the applications of 298 survivors will be able to progress.

Another 45 institutions have been recognised as defunct, meaning 89 applications could not yet be processed.

The Scheme and Governance Board will work through last-resort funding options for these institutions, Senator Ruston’s office said.

“I would like to acknowledge the vast number of institutions and organisations which have joined the scheme despite not being named in the Royal Commission or in an application,” Senator Ruston said.

“By doing so they have ensured if a survivor does come forward in the future they will be able to quickly receive redress and they have shown great leadership in the community with their commitment to child safety and ensuring the wrongs of the past never happen again.”