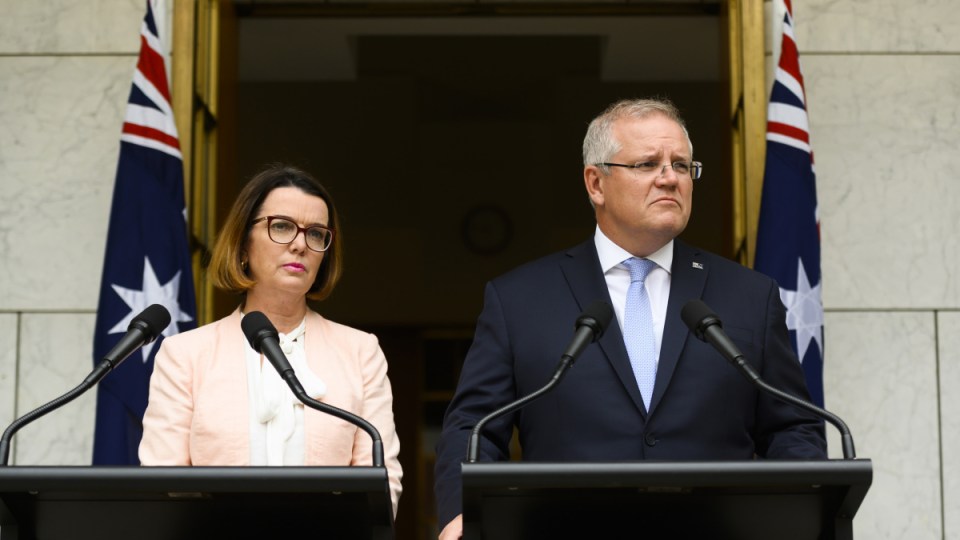 Religious groups refusing to help survivors of institutional child sex abuse could have their charity status revoked and funding pulled if they don’t sign up to the national redress scheme.

In a strongly worded letter, Prime Minister Scott Morrison and Social Services Minister Anne Ruston have labelled the 25 organisations “reprehensible” as they ordered each to explain their refusal.

The organisations, which were named at the Royal Commission but are yet to join the redress scheme, have until Tuesday to respond or risk being named and shamed.

“We consider it to be reprehensible that you have failed to sign up to the scheme.”

Among the big-stick approaches, Senator Ruston has threatened to withdraw charity and deductible gift recipient status, as well as future funding.

“We urge you to join the scheme not because of concerns about being identified, but because it is the right thing to do,” the PM and Senator wrote.

“It is the right thing to do by survivors and their families and it is what every, decent, honest Australian demands.”

At least 103 victims who have applied to the scheme for compensation are in limbo because an organisation has refused to sign up to the scheme.

Catherine Beaumont, 50, is one of them.

She was abused in the 1970s by an elder in her Jehovah’s Witnesses congregation in Perth.

“The first time I was raped I was four … he was part of our congregation and close family friend,” she told The New Daily.

“This lasted for six years. I was marinated in abuse.”

After he stopped abusing her, another member of the congregation attempted to molest Ms Beaumont.

She bravely opened up to a family member, but the complaint went nowhere.

“It was probably a month later when the elders came to talk. They said if I hadn’t been such a s–t it wouldn’t have happened. I deserved what I got,” Ms Beaumont said.

Under a pseudonym, Ms Beaumont gave testimony during the Royal Commission, and later applied for compensation through the national redress scheme.

But her application will go nowhere.

Last week, the Jehovah’s Witnesses church said it would not sign up to the scheme, the only national organisation to outright refuse.

There are at least 1800 alleged victims of child sexual abuse linked to the church.

Despite the Royal Commission suggesting that 514 alleged abusers were worth investigating, not a single case has been referred to police.

A letter recently obtained by The New Daily shows the drastic measures church leaders went to erase any documents.

In 2019 the peak body for Jehovah’s Witnesses in Australia wrote to elders instructing them to “destroy” so-called judicial hearing records and some congregation notes.

“We ask that each elder check his personal computer or hard copy files, and even his meeting bag, to ensure that no confidential correspondence is retained outside the congregation’s confidential file,” the letter reads.

The Royal Commission found that instead of reporting abuse to police,  the Jehovah’s Witnesses conducted so-called judicial hearings where wrongdoings were aired and three male ‘elders’ made a judgment if the alleged abuse occurred.

Ms Beaumont said she broke down when the church refused to sign up to the scheme.

The impact of her trauma is lifelong; she has been in and out of psychiatric wards and at one stage developed a methamphetamine addiction.

Her abuser was never interviewed and never charged.

“I thought what is the point? I can’t go another year doing this. I’m exhausted,” Ms Beaumont said.

“How can [the church] say [it is] an open, loving Christian religion?

“They need to be held accountable.”