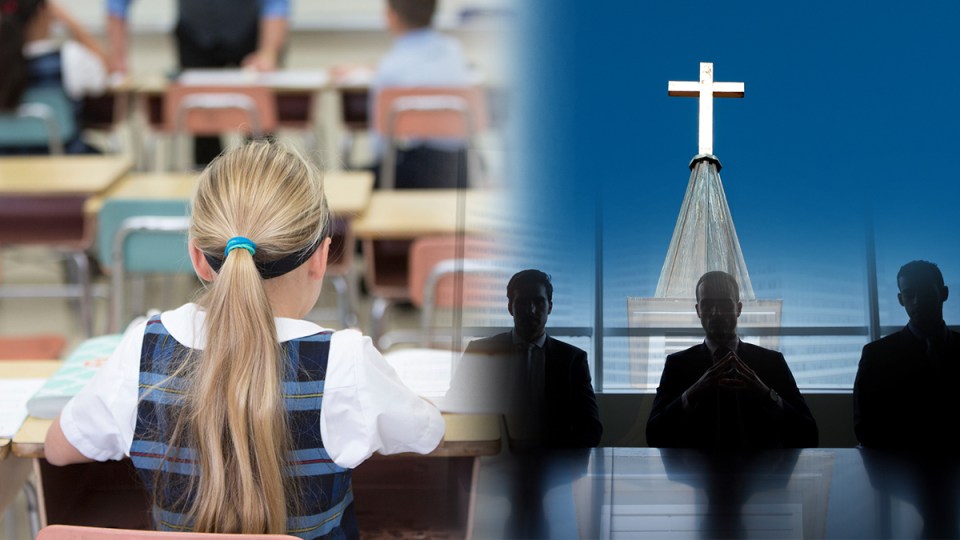 The federal government has given institutions responsible for child abuse an extra eight years to sign up to the national redress scheme.

Organisations that do not sign up to the national redress scheme for survivors of childhood sexual abuse will be ‘named and shamed’ and suffer heavy consequences, the federal government has warned.

With only four days left to sign up, pressure is mounting on the 45 organisations named in the Royal Commission into Institutional Responses to Child Sexual Abuse who have not joined the scheme.

There are 19 organisations, including Jehovah’s Witnesses, who are yet to flag an intention to join.

As a consequence, childhood sexual assault victims may be denied an easy avenue to seek compensation.

More than 700 survivors of childhood sexual abuse have applied for compensation through National Redress Scheme, but are stuck in limbo because organisations have not signed up or have disbanded.

Social Services Minister Anne Ruston told The New Daily she would announce harsh sanctions on July 1 for organisations who do not join.

“There are strong public expectations, and I share these expectations, that all organisations named in the Royal Commission should participate in the scheme,” she said.

I urge any institution that plans to refuse to participate to reconsider their position, not because of the threat of sanctions, but because it is absolutely the right thing to do.’’

“All institutions named in the Royal Commission and applications have been warned that failure to fulfil their moral obligation to formally declare their intention to join the scheme by the 30 June deadline will mean they will be named and shamed and will face other sanctions.”

Among the big-stick approaches, Minister Ruston may consider stripping organisations of their charitable status.

The Victorian government has already flagged it would stop funding organisations that did not sign up.

On Wednesday, Swimming Australia confirmed to The New Daily that it had started the onboarding process for the scheme.

The only national organisation that refuses to join is the Jehovah’s Witnesses. For its victims, this will be a devastating blow.

Alison, whose name has been changed for privacy, grew up in a Jehovah’s Witness family in Queensland in the late 1980s.

“‘It’s very black and white. You’re either in there, or if you’re not with them, you are by default, supportive of [Satan]. So a lot of outside interaction is very discouraged,” she told the Royal Commission.

Alison was just five years old when a trusted member of the congregation, Carl Rivers, started abusing her.

The first time, she tried to call out to his wife, before he put his hand over her mouth so she wouldn’t be heard.

The abuse occurred on multiple occasions over several years.

“[I] got the courage to approach [my mother] and I said that he was touching me all the time, and she dismissed me and said, ‘Oh, no, he’s just playing with you, just tickling’.’’

Carl lived with them for a few weeks, and a short time after she told her mother about the abuse, another member from the congregation found a sex toy he had been using on Alison.

She asked the child if she had been abused, Alison said ‘Yes’.

The congregation held a judicial meeting, which Alison and Carl attended. His intimidating behaviour scared her into silence.

“All these little things he had been doing to make sure that, well, to hopefully try and get us to be quiet … I was feeling threatened.

“So then you have to face the person, so I just told a lie. I just dismissed it as two things. He only touched me two times, just with his hands, but the [reality] was so different.’’

For a short time, Carl was dis-fellowed from the Jehovah’s Witnesses, but after a couple of years, he was reinstated as an active member of the organisation.

“That anger. I was really angry for so long. So much hatred. I would dream about planting bombs in his house … or killing him, violently killing him. And I was like, eight. So yeah, that just can’t be great for anyone’s mental health.”

Alison now lives a normal life with her husband and children, but she will never receive any compensation for what happened to her and how it was dealt with.

In an email to The New Daily, a spokesperson for the church said they had not signed up because “Jehovah’s Witnesses does not have the institutional settings that the voluntary National Redress Scheme is designed to cover”.

Arguing it does not run any programs that result in children being taken into care or custody, it said it would be responding to claims privately.

“Jehovah’s Witnesses have responded and will continue to respond directly to individual claims for redress in a caring, fair, and principled manner, taking into consideration the unique circumstances of each claim.

“The religion of Jehovah’s Witnesses also provides spiritual comfort and assistance to child abuse victims and their families.”