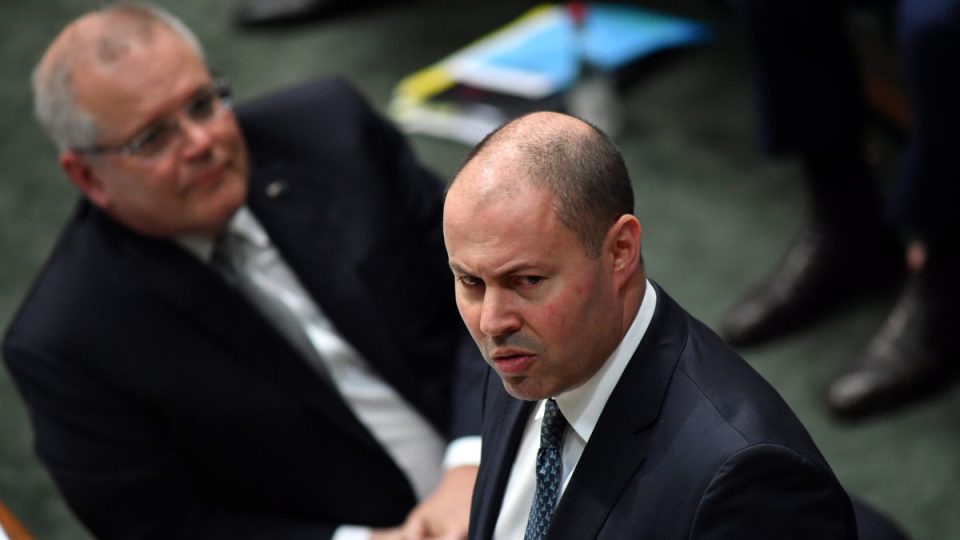 The Morrison government is under pressure to pay out $60 billion in unspent JobKeeper funds. Photo: Getty

The Morrison government is under mounting pressure to use the unspent JobKeeper billions on overlooked workers after revealing massive miscalculations in the cost and number of people covered by the coronavirus wage subsidy.

Treasurer Josh Frydenberg revealed on Friday that the JobKeeper scheme – which the government previously claimed would cover 6.5- million workers at a cost of $130 billion – actually cost $60 billion less than forecast, and covered three million fewer workers.

The massively revised-down figures, which Treasury and the Australian Tax Office blamed on business owners incorrectly filling out a form, triggered calls from Labor MPs to spend extra money on casual workers, the university sector and the arts.

It comes as thousands of workers in Australia’s creative industries are unable to receive JobKeeper because the sector is weighted towards short-term contracts, freelance, and casual work.

Mr Frydenberg has branded the miscalculation as a win, saying it was “not an invitation to go and spend more”.

On Sunday,Energy Minister Angus Taylor painted the shortfall as a huge plus.

“It means that businesses are in better shape than we might have anticipated when those original forecasts were put in place. It does mean that we’re in a better position as we work our way towards recovery,” government minister Angus Taylor told Sky News.

But the government remains under pressure from those that missed out on the wage subsidy – including universities, the arts, migrant workers, and around one million casual workers – with calls to splash the rest of the cash and save jobs.

Production designer Fiona Donovan was overlooked for JobKeeper because she was not tied to a 12-month contract, and was unable to get JobSeeker as her partner’s earnings were above the threshold.

Ms Donovan told The New Daily that she is now earning just one-tenth of her previous income.

“I worked in the film industry for 24 years and I’ve never had a contact that has never gone longer than eight months,” she said.

“I wasn’t able to get JobSeeker because my partner earns just over.”

Ms Donovan said while she was lucky to be financially stable for the moment, if the uncertainty stretched on much longer she would struggle.

I’m on less than one-tenth of my income. We’ve got a mortgage, we’ve had to downsize. Luckily I don’t have kids,” she said.

“We’re not at the point where we’re not paying the mortgage, but I’m reluctant to take money out of super. Then we’re creating a future problem.

“The mental stress on myself and my colleagues of the unknown has been really difficult, about how we are going to get back.”

Beloved Australian television shows such as MasterChef and other favourites will suffer, Ms Donovan said.

“We’re going to stop seeing shows like that,” she said.

Not only do we have no financial support week to week, but our industry also isn’t going to bounce back.”

Ms Donovan said that a government wage subsidy for arts workers would be a boon for local businesses as “we are just going to put it back in the economy”.

They’ve stopped money going into the economy by not paying us money,” she said.

A staggering 90 per cent “either said they were without any income or it had been significantly reduced”, he said.

Employment in the arts and hospitality industries has been worst hit by the pandemic and will take more than five years to recover, research by Deloitte Economics revealed this week.

“If you design an economic stimulus package and you only spend half of it, that’s not good news, that’s a disaster,” Mr Murphy said.

“You’re just magnifying the impact on the economy and increasing the time it’s going to recover.”

The nation will rely on artists and performers to “interpet what we’ve been through” an “tell the stories about it”, Mr Murphy said.

“That’s going to be an important part of our recovery,” he said.

For the government to ignore them, it’s just unforgivable.”

It’s not just the arts.

Deloitte also estimated that between 50 per cent and 60 per cent of jobs in the accommodation, food, and recreation industries have been lost.

Universities have also been left out of the mix, after a final tweak to the program excluded them from being able to apply as not-for-profits.

Small businesses which employ migrant workers were also left to fend for themselves.

In a joint statement, the Australian Council for Social Services (ACOSS) and the Council for Small Business Organisations Australia (COSOBA) called on the government to extend the payment to migrant workers and keep local businesses afloat.

“Right now, more than one million people in Australia remain without access to JobKeeper payment, JobSeeker payment and other essential income supports because they are temporary migrants, international students or are seeking asylum,” they said.

Those overlooked for JobKeeper have  “contributed significantly to the Australian economy, are valuable employees across many industries and will play an important role in economic recovery,” ACOSS and COSOBOA said.

“If they remain excluded from JobKeeper payment, employers will come under pressure to lay them off first, which will hinder their businesses from recovering,” they warned.

Economist and director of the Australia Institute’s Centre for Future Work Jim Stanford said the government’s refusal to spend the spare JobKeeper billions made no economic sense.

“The government was boasting about how aggressive and ambitious it’s fiscal stimulus was,” Dr Stanford said.

They boasted that Australia’s support package was one of the biggest in the world.

“From the perspective of the economy, until Friday, the government agreed spending $130 billion was a great idea, and it still is.”

Dr Stanford said the Morrison government should “acknowledge their mistake and fix it”.

About one million casual workers, over one million foreign visa workers, universities, and the arts sector have been excluded,” he said.

“The point of JobKeeper is to prevent them from losing their jobs, overwhelming the social safety net and limiting the ability of businesses to restart.”

“Both economically and socially it is essential they repair the problems in [both the JobKeeper and JobSeeker] programs so that everyone who needs it can get it,” he said.

Dr Stanford said spending the remaining $60 billion would “benefit the economy by getting more spending power, and accelerate the restart.”

‘Just a disaster’: Government under pressure to pay spare JobKeeper billions to those overlooked