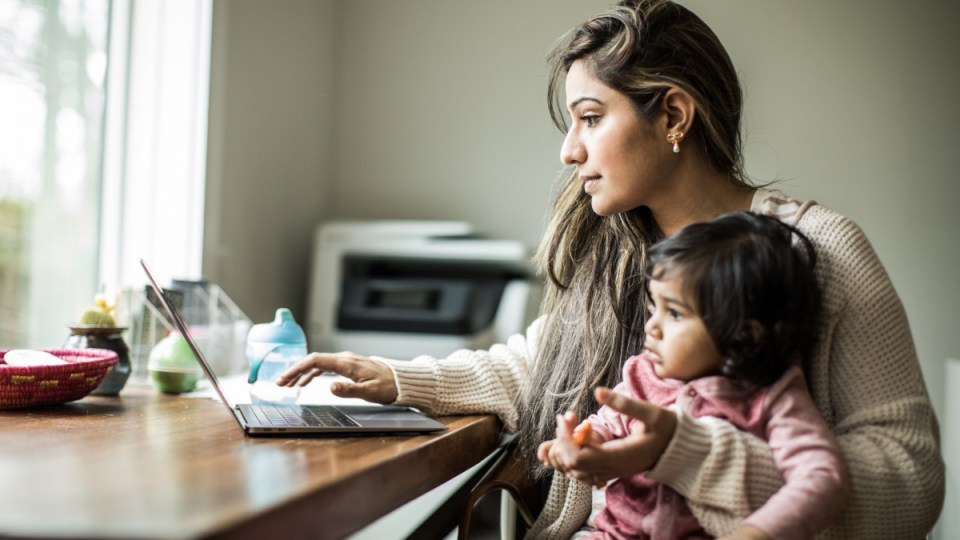 How would Australian businesses do a four-day work week? Photo: Getty

When the boss tells you to take Monday off, it’s usually not a great sign.

But what if it was actually a good thing?

The four-day work week has long been suggested as an alternative to the usual Monday-to-Friday grind, and its efficacy is not unheralded.

Software giant Microsoft Japan trialled a four-day working week in August and concluded it was an enormous success.

On Wednesday, New Zealand Prime Minister Jacinda Ardern suggested during a Facebook video that it makes sense for some Kiwi businesses to trial a four-day working week to help rebuild the economy.

“I hear lots of people suggesting we should have a four-day work week. Ultimately that really sits between employers and employees,” Ms Ardern said.

“But as I’ve said there’s just so much we’ve learnt about Covid and that flexibility of people working from home, the productivity that can be driven out of that.

“I’d really encourage people to think about that if you’re an employer and in a position to do so.

“To think about if that’s something that would work for your workplace because it certainly would help tourism all around the country.”

So The New Daily asked if it could work in Australia.

It can be done, so long as it’s done right

Director of the Centre for Future Work Jim Stanford told The New Daily the new reality will require experimentation in how we work.

“A four-day work week has a lot of potential, but it has to be done right,” Dr Stanford said.

“Workers have to continue to be paid at full-time rates, otherwise it just becomes another source of underemployment, which is already a huge problem in Australia.”

It would also help from a safety standpoint, with staggered shifts and attendance helping reduce crowding on public transport and lifts.

“Working from home has also helped to cushion both personal incomes and overall GDP against the effects of the pandemic, but it is not a magic bullet either,” he said.

“There are many issues raised by home work, including who pays for the costs of space, equipment and utilities, and ensuring that work doesn’t creep into leisure time and become a 24-7 undertaking.”

“The biggest issue that our industry is facing is anxiety and depression, so we need to face that head on – otherwise we’re going to lose people from the industry, and lose people altogether,” Ms Blackham told The New Daily last year.

Giving staff an extra day off work meant happier workers with more time to pursue hobbies and other interests.

Ms Blackham said this caused the company’s staff retention to jump from 77 per cent to 88 per cent.

Although the company’s productivity had neither improved nor declined, Ms Blackham said improved staff retention had saved the company thousands of dollars in training and recruitment costs, and total revenue had increased 46 per cent during the policy’s initial 12-month trial.

So who will move the needle?

When Australia moved to a five-day, 40-hour working week between the 1940s and 1960s, it was the highly unionised skilled workforces such as coal miners and steel manufacturers that led the way.

But in 2020, white-collar professions such as tech and finance are best placed to move the needle, UTS adjunct professor Tony Veal says.

“There is nothing written in a holy book saying the 40-hour week is the end of the road in terms of negotiating work hours,” he told The New Daily.

“Why do we have to stop where we’re at now?

“It has often been disruption that has brought change about.”

Professor Veal says he’s of the opinion if a transition into more flexible work practices was to be done, it should be gradual rather than abrupt.

‘Don’t come in on Monday’: Could Australia do a four-day work week?