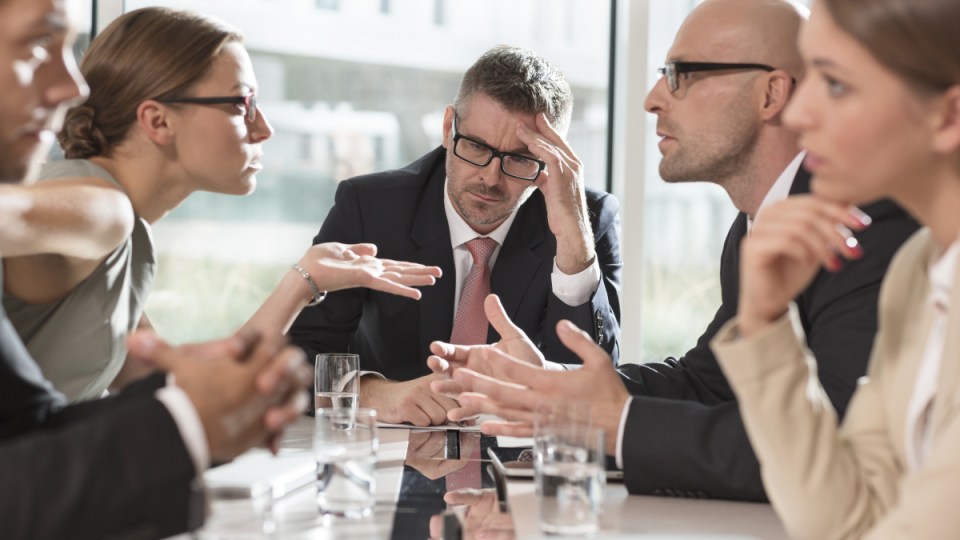 Eliminating ineffective meetings could be the key to delivering a four-day work week. Photo: Getty

Meetings are when you take minutes but lose hours, right?

The software giant banned meetings longer than 30 minutes and trialled a four-day working week in August.

At the end of the month, the numbers spoke for themselves.

The two policies were part of a wider project aimed at improving employees’ work-life balance, with Microsoft even handing out cash for workers to go on family holidays, start community projects, or enrol in training courses.

Auckland University of Technology’s Jarrod Harr described the trial as an “exciting turn of events”.

The professor of human resource management was one of two academics that monitored a similar four-day-week trial in New Zealand, at financial services firm Perpetual Guardian.

He said meetings were on the chopping block there, too. 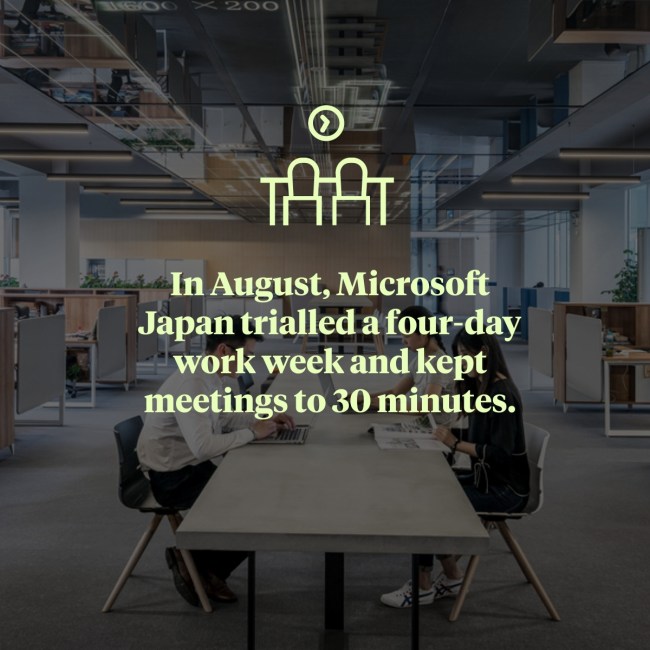 “One of [Perpetual Guardian’s] approaches was to say to their workers, ‘find ways to be more efficient’,” Dr Haar told The New Daily.

“And one team said they went from a two-hour meeting every week to a 30-minute meeting every fortnight, because they basically said, ‘Ok, here’s what we’ve got to do, A, B, C, D, E, F. You’re doing this. Right, moving on.”

The company subsequently introduced a four-day working week on a permanent, opt-in basis.

“Will it work in every organisation? We don’t know. Try it and see how it works,” Dr Harr said.

“Just trying it leaves workers with a sense that their company is progressive and not just going to say, ‘it will never work here’.”

The reward of an extra day off was enough motivation for workers to push harder during working hours, Dr Harr said.

And the University of Sydney’s Massimo Garbuio agreed.

A senior lecturer in entrepreneurship, Dr Garbuio told The New Daily the stricter deadlines associated with a shorter work week forced employees to think about ways to boost their productivity.

Based on his own experience and research, that often meant doing away with ineffective meetings.

“They are a way for people to get together and discuss things, but not really to make a decision. There are no real actions that follow most meetings,” he said.

“Other times, what I notice is the right people are not called into the room for some reason – so you often do the same meeting on the same topic several times.”

As Dr Garbuio sees it, the worst offenders are “status update” meetings – weekly or fortnightly catch-ups that lack a specific set of objectives.

“If the meeting is in the agenda for an hour, people are anchored, psychologically, to that [duration], so it keeps going on [even when] there’s not enough to discuss, or when the meeting needs to be postponed because people need to collect more information before they can make a decision,” Dr Garbuio added.

Microsoft Japan’s trial comes after the British Labour Party said it would cut the country’s average working week to 32 hours within 10 years, if it wins the next election.

Several voices within the UK’s business community dismissed the policy as idealistic and unhelpful, arguing the only way to reduce hours without cutting pay was to improve productivity.

But UK-based New Economics Foundation argued in a recent report that shorter working hours would actually boost economic growth, as “recreational activities tend to involve higher spending than being at work”.

“Second, lower standard working hours can be expected to lead to a redistribution of paid time from those in full-time employment to those otherwise underemployed,” the report added.

“This is because as long as demand overall is rising at aggregate, firms will likely recover some portion of the lost hours by increasing hours elsewhere (with the remaining difference made up by productivity raising measures).”

How to have a good meeting:

Here’s why Microsoft Japan has meetings in its crosshairs