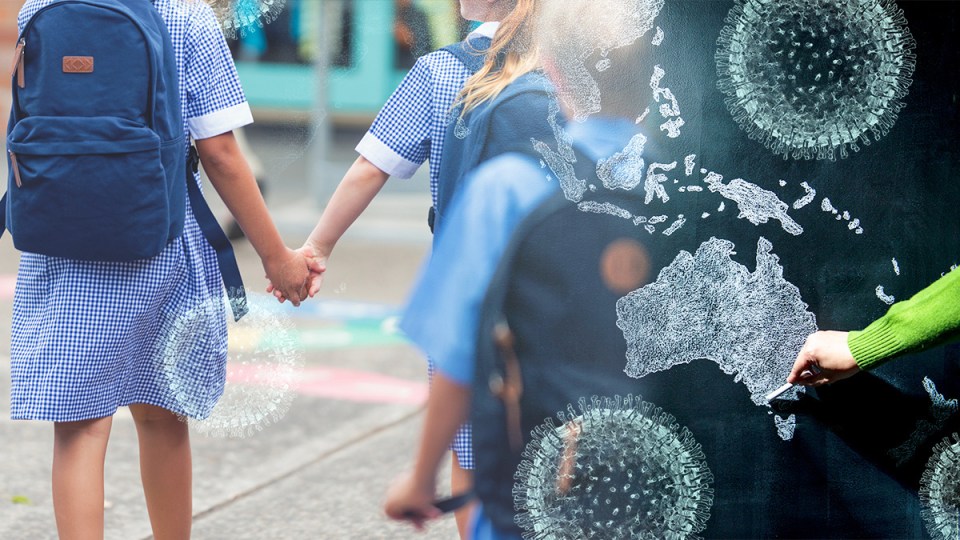 Many parents aren't confident about sending their children back to school during the coronavirus pandemic. Photo: Getty/TND

Nearly one in three Australian parents will not send their children back to school when they reopen or are unsure if they will, a new survey has revealed.

The national survey, conducted by Cluey Learning tutor service in Sydney, also revealed nearly half of the parents surveyed were “excited or happy” about schools reopening, 15 per cent were “anxious or nervous”, and 39 per cent had mixed feelings.

The findings come as the Sunday Herald Sun reported some students in Victoria would be encouraged to head back to school in the last week of May.

Years 11, 12, preps and Grade One would be among the first allowed to resume classes in two weeks, the newspaper reported.

But Health Minister Jenny Mikakos would not confirm the report.

“This pandemic is not over,” she reminded Victorians at a press conference on Sunday.

Victoria’s state of emergency ends on Sunday night, with the state government expected to make announcements on schools and other restriction measures on Monday.

Premier Daniel Andrews continued to cop heat from Liberals at the weekend over his stance on restrictions and decision not to make an announcement on the next stage until after Mother’s Day.

Criticism in recent weeks has largely focused on his government’s insistence that children should continue to learn from home through online classes.

Prime Minister Scott Morrison said he wanted all public schools to return to face-to-face learning by June to ensure students don’t fall behind and to alleviate parents from their homeschooling responsibilities so they could return to work.

In a controversial move, Mr Morrison dangled a $3 billion carrot in front of independent schools with a promise to fast-track funding if they reopened their gates.

About 1500 of 2500 private schools are understood to have taken up the incentive to reopen classrooms.

Teachers and parents will be tuned in to the Victorian premier’s press conference on Monday to see if the stance has changed.

Although most states and territories have started reopening schools, Mr Andrews has remained firm about keeping them closed while authorities carry out a ‘coronavirus testing blitz’ of up to 100,000 Victorians over two weeks.

Last week, tensions escalated further when it emerged a teacher at Meadowglen Primary School in Melbourne’s north had tested positive for COVID-19 – about an hour after federal Education Minister Dan Tehan took a swipe at Mr Andrews on ABC’s Insiders program.

But getting children back to school is only the beginning of the battle.

Most teachers believe students will require extra learning support to help them get back on track when classrooms reopen, a survey of more than 3500 Australian and New Zealand teachers revealed.

The survey was conducted by education management company Pivot Professional Learning in early April, when more than 95 per cent of the teachers surveyed had either moved to online teaching, or were planning to do so shortly.

When asked to pick their top three concerns about remote learning on students, most educators ranked students’ social isolation more worrying than their academic progress (56 per cent).

“Distance teaching is a useful tool to support and differentiate in-class teaching, but cannot compensate for the loss of subtleties of social human interaction in the classroom,” one respondent wrote.

Teachers in remote, rural and lower socio-economic areas also said they were concerned about their students having poor access to technology and reliable internet.
Follow Us

Coronavirus: Parents divided over sending children back to school