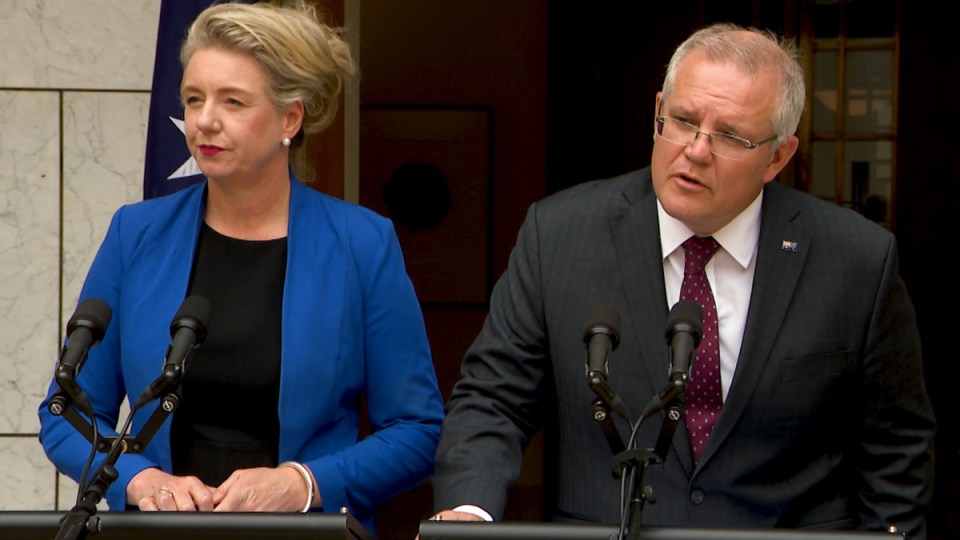 Scott Morrison has appointed his former chief of staff to lead a fresh investigation into whether Nationals deputy leader Bridget McKenzie breached ministerial standards and should resign over the ‘sports rorts’ affair.

Philip Gaetjens, who ran Mr Morrison’s political office when he was Treasurer and was appointed by the Prime Minister to run the Department of Prime Minister and Cabinet in August, will now lead the probe into the $100 million slush fund.

It follows shocking revelations by the independent Auditor-General Grant Hehir that a majority of the grant recommendations were disregarded by Senator McKenzie in favour of projects that her office preferred.

In a statement, the Prime Minister’s office revealed Mr Morrison had ordered the new investigation into conflict of interest claims last week, but did not make this public until the latest controversy to emerge.

Revelations that Senator McKenzie awarded $35,980 to a Wangaratta clay target club that she was a member of at the time, without disclosing this membership, were the trigger.

The PM was asked about the sports grants saga on Monday, and said he’d asked the Attorney-General to look in to legal issues raised by the Auditor-General.

If the PM asked the Secretary of his dept to look into it the Friday prior, why not mention it at the same time? #auspol https://t.co/FdLhHdU9oq

“Last Friday, the Prime Minister referred the matter of the Auditor-General’s report to the secretary of PM&C for advice in relation to any actions in the application of the statement of ministerial standards,’’ the statement said.

“The Prime Minister is awaiting the secretary’s advice and will continue to follow due process. The matters raised in the media today have also been referred.’’

The statement of ministerial standards expressly states that ministers must declare any private interests held by them or their family members which “give rise to, or are likely to give rise to, a conflict with their public duties”.

“This club of course was in the seat of Indi where she went and said, ‘I’m establishing an office here’. They were trying to knock off the sitting member.”

Mr Morrison has previously expressed his support for Senator McKenzie, telling Sunrise on Monday that the rules had been followed.

Attorney-General Christian Porter had already been tasked with a more narrow investigation into the legality of Senator McKenzie’s grant approvals, but he has continued to argue the grants were within the rules.

“What I fundamentally don’t accept is that ministers should not be involved in final approval for projects. That’s their job,” he told 6PR Perth radio.

Health Minister Greg Hunt defended the grants program, arguing some of the money went to Labor seats, but the ALP has pointed out these seats were marginal electorates the Liberals hoped to win.

“The effect of Senator McKenzie’s decisions had been to increase the number of grants in ALP seats from 26 to 34 per cent. I think that would surprise most of the people to understand that,” Mr Hunt said.

“No it’s not. It’s about regional Australia just getting their fair share,” Mr Littleproud said.