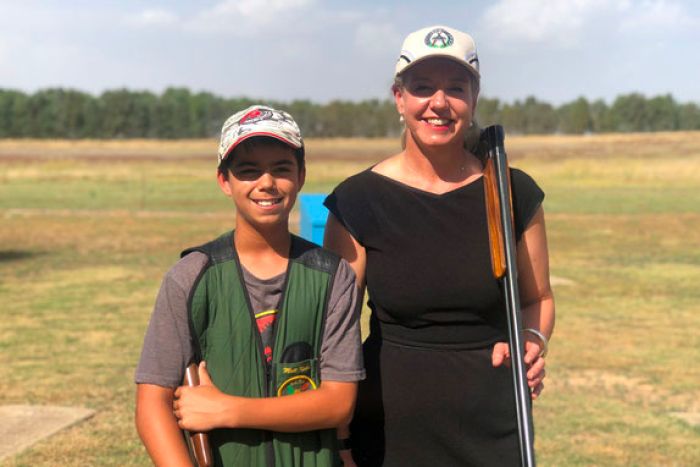 Bridget McKenzie is under increasing pressure to resign after it was revealed she approved a $36,000 sports grant to a shooting club without declaring she was a member.

The Auditor-General found the former sports minister allocated most of $100 million in sports grants to groups in seats the Coalition was targeting at the last election.

The embattled Nationals deputy leader approved the windfall for her clay target shooting club in a regional Victoria electorate that was then held by independent MP Cathy McGowan, Nine newspapers reported on Wednesday.

A month earlier in January 2019, the club announced that Senator McKenzie had signed up.

She made the announcement alongside Nationals candidate Mark Byatt who was contesting the seat that was eventually won by independent MP Helen Haines.

Treasurer Josh Frydenberg, whose electorate was awarded more than $700,000 from the sports grants program, also defended his colleague.

“Grants right across the electorate, for Labor and Liberal members, and National party members alike, applied through the proper processes, received the grants, they were all eligible and the money is being well spent,” Mr Frydenberg told 2GB radio.

Senator McKenzie failed to disclose she was a member of the club when her senator’s register of interests was last updated on November 21.

A spokeswoman for Senator McKenzie told Nine’s metro newspapers that she did not need to declare her membership of the club as it was a “gift” under $300.

Constitutional law expert Anne Twomey says Minister Bridget McKenzie “does not have the power to make these decisions in relation to these [sports] grants.”

Professor Twomey also said the program itself might be unconstitutional. #auspol pic.twitter.com/WcnnMKKIQS

Senior ministers are rallying around Senator McKenzie, who has refused to apologise.

Nationals frontbencher David Littleproud said there had been “a lot of hysteria” around the so-called “sports rorts” scandal.

“We’ve gone further to ensure that the Attorney-General looks through the legalities but there’s a lot of stuff swirling around,” he told reporters in NSW.

“Before we jump to conclusions, we need to be fair. We live in a fair country. We need to work through this in a calm, methodical way and get the facts out.”

Opposition Leader Anthony Albanese renewed calls for the minister to walk the plank.

“This is a rort. Bridget McKenzie must resign – and if she won’t, Scott Morrison must sack her,” he said.

Health Minister Greg Hunt was unable to explain why a pony club in his electorate needed a $30,000 just two years after receiving an $8000 grant.

A video on social media also shows Mr Hunt being thanked by a yacht club in his electorate which received more than $170,000 through the scheme.

“Thanks Sports Australia and your office in particular because I know there’s been a little bit of work behind-the-scenes on your behalf to support our club and thank you very much for that,” a club member said to Mr Hunt.

The minister made no apology for “advocating for projects” in his electorate and said there was no reason for Senator McKenzie to resign.

Former Labor sports minister Ros Kelly stepped down from the ministry and then parliament in 1995 following a similar scandal.