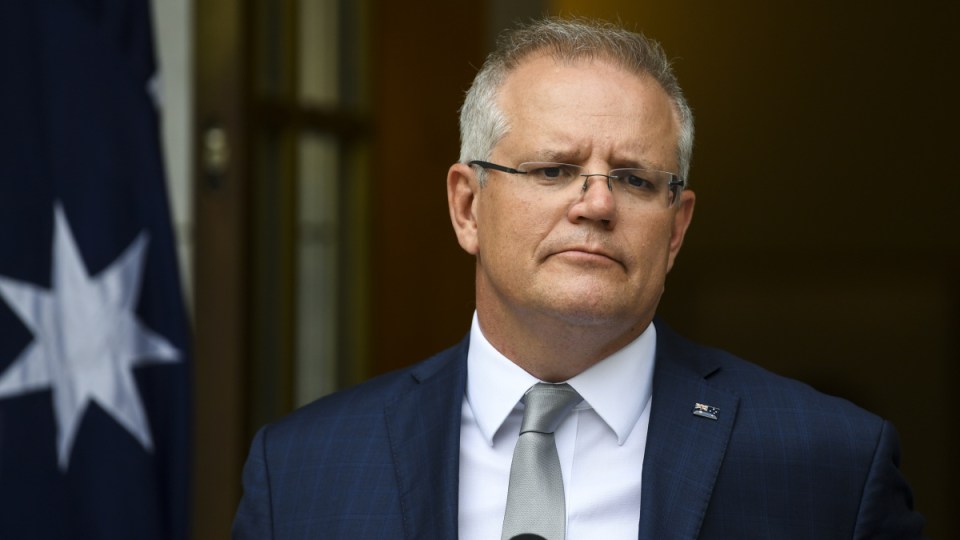 The Prime Minister says decisions by national leaders to head overseas during deadly bushfires – including Defence Minister Linda Reynolds who holidayed in Bali – has not hindered the national response to the crisis.

The New Daily revealed on Sunday night that Scott Morrison approved Linda Reynolds’ break during which she jetted off with her family to Bali where she owns a holiday house.

On Monday afternoon, Mr Morrison brushed off questions about his decision or the fact the Defence Minister was overseas as the crisis unfolded.

“I gave you the details last night. It was a full response and that addresses the situation,” he said.

“What I know has taken place in the last two weeks, over time you been talking about, is we have called out up to 3000 Defence Force reserves, put in place the biggest force to act on a disaster since Cyclone Tracy.

“Not one decision has been hindered by those arrangements, not one deployment, it has all continued to present and at the end of the day that is what matters to people…’are things getting done on the ground?’

“And when you get 1100 people evacuated out of Mallacoota by HMAS Choules, I think what has happened on the ground speaks for itself – and Australians are interested in the results we’re getting and the actions we are taking.”

Defence Minister Linda Reynolds has confirmed she holidayed in Bali while Australia burned for six nights, including during the Navy’s dramatic evacuation of Mallacoota last week.

The Prime Minister personally approved Senator Reynolds’ Bali break, which was planned to run eight nights from December 28 to January 5 as bushfires raged across the country.

She ultimately cut the trip short by two days, returning to Australia on Friday. The next day she attend a press conference on the rollout of 3,000 army reservists in Canberra.

Her Bali holiday followed international criticism of Prime Minister Scott Morrison over his family holiday to Hawaii, revealed by The New Daily, for which he has since apologised, conceding it was a mistake.

Asked on Sunday if she had taken any leave over the Christmas break, Senator Reynolds at first did not confirm she spent time overseas.

“Like many of my colleagues, I have certainly spent time with my family over Christmas,” she said.

“But throughout that time I can assure you that I have been regularly on the phone with the CDF (Chief of Defence Force), with the Prime Minister, with Minister Littleproud constantly.”

Senator Reynolds was then asked: “So you haven’t spent time overseas?”

“I have had a holiday with my family for a few days over Christmas, but again, I wasn’t on leave.”

Finally, when asked if she was in Bali, she responded: “Yes I was”.

“I spent a few days with my family, yes. But again, I was in total contact with the Prime Minister and the Secretary and the CDF.”

Despite Senator Reynolds’ claim she was “not on leave” the Morrison government also confirmed to The New Daily there was a secret defence minister in place during her holiday leave, which was not publicised.

She flew out of the country exactly seven days after Mr Morrison returned from overseas during a national furore over his tropical holiday.

During her Bali trip, Senator Reynolds kept up an almost daily ritual of social media posts about the bushfire deployment including announcing on January 2: “Evacuation plans for #Mallacoota are underway”

On New Year’s Eve, while in Bali, she posted on Twitter: “I’ve spoken with @ScottMorrisonMP & authorised #ADF to deploy extra assets to the Victorian fires: 3 helicopters & 1 aircraft will fly to East Sale; HMAS Choules & MV Sycamore will sail to East Gippsland.”

In another post she said: “Thank you to all serving.We’re in this together.”

The Morrison Government told The New Daily that the Prime Minister approved the trip “months ago”.

“Minister Reynolds had leave from 28 December 2019 until 5 January 2020. She made her own decision to return early on 3 January 2020 to prepare for the ADF call-out and its expanded role,” a spokesman said.

“All matters that required the minister’s attention and decision were addressed by the minister and she was kept regularly informed of developments.”

The Prime Minister was busy dealing with other political spotfires on Sunday, including a dressing down from the respected NSW Rural Fires Service chief Shane Fitzsimmons who said he was “disappointed” the Morrison Government did not tell him they planned to deploy 3,000 reserves.

“It’s fair to say it was disappointing and some surprise to hear about these things through public announcements in the middle of what was on of our worst days of the season,” he said.

“There was a breakdown in communications at the defence liaison level with the headquarters yesterday, that matter was addressed by the minister for defence yesterday and she made comment about that this morning, in the media,” the Prime Minister said.

“And so there has been a subsequent conversation between myself and the premier, and the minister in New South Wales and we have addressed any of those issues that arose from that.”

Mr Morrison also expressly ruled out a bushfire levy to pay for the disaster relief and guarantee the budget surplus.

“There will be no levy,” he pledged.

“Cabinet will be considering the details of that but there is already a firm proposal that was considered by National Security committee yesterday about what the initial investment will be and I will make further announcements about that with the treasurer, with the treasurer tomorrow.”

The prime minister said he was still confident of delivering the first budget surplus in a decade.

He also defended the video message he released yesterday outlining the ADF and government response to the bushfire crisis.

“Let me stress, that the postings we’ve made in messages has been to inform the community about what the Commonwealth Government is doing. That is what we must do. Wherever I’ve been, people have said, ‘What are you doing? What are you providing?’,” he said.

“It’s important that I communicate what we are doing with the Australian people.”

Meanwhile, in Canberra, the smoke from the bushfires is so bad that planes were grounded on Sunday and Australia Post suspended the mail.

“It is uncomfortable and we know many people are anxious about exposure to smoke. The best way to limit exposure is to stay indoors. Please do so,” Mr Barr said.