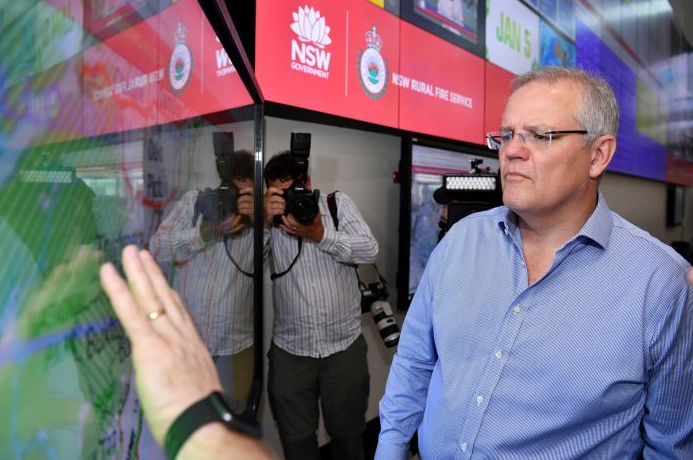 Back from his Hawaii holiday, Scott Morrison gets briefed on NSW's horrific fires. Photo: AAP

Prime Minister Scott Morrison has conceded he caused “great anxiety in Australia” by taking a family holiday in Hawaii as bushfires burned across Australia, saying with the benefit of hindsight he would have made a different decision.

Mr Morrison announced he would cut his trip short on Friday, after the deaths of two volunteer firefighters in New South Wales.

He landed in Sydney just before 8:00pm on Saturday on a Hawaiian Airlines flight from Honolulu.

The period of leave was not formally announced, and the Prime Minister’s Office refused to confirm the location or dates of leave, citing security concerns.

At a press conference, he said he accepted the criticism during his holiday, and apologised for any upset caused.