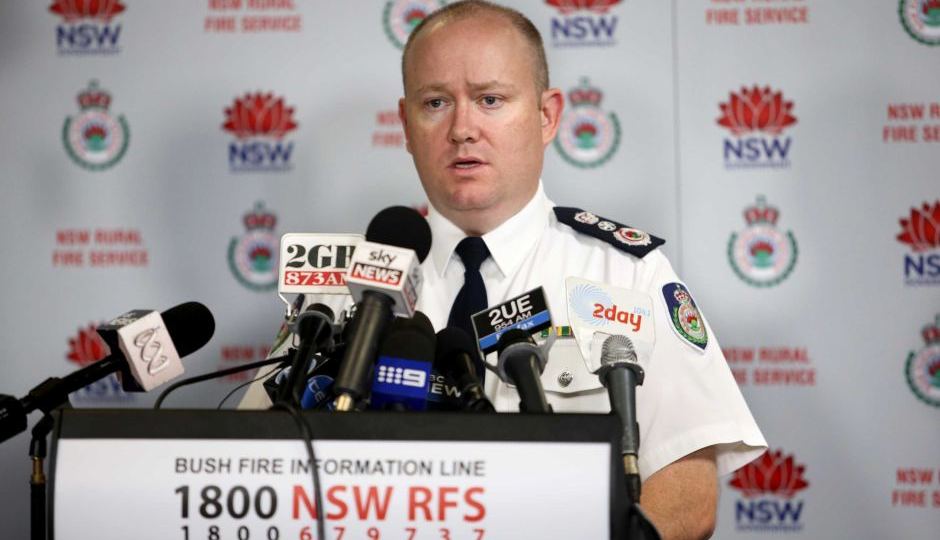 NSW’s fire boss has criticised the Prime Minister, saying he was blindsided by yesterday’s announcement 3,000 army reservists would be sent to help recovery efforts.

Rural Fire Service (RFS) Commissioner Shane Fitzsimmons said Scott Morrison’s office had not told him about the extra resources, which he found out about via media reports.

Mr Fitzsimons said while he was thankful for the support, logistics would be complicated.

“I was disappointed and frustrated in the middle of one of our worst days with massive dislocation and movement of people,” he said.

“I had my conversations with the Prime Minister’s office.”

Mr Morrison announced on Saturday afternoon that 3,000 ADF reservists would be brought in to help with bushfire recovery efforts as well as $20 million for leasing four firefighting aircraft.

Federal Defence Minister Linda Reynolds defended the move to leave the RFS out of the decision to deploy personnel, saying the states were consulted.

“That information was passed to the Premier,” she said.

“The Prime Minister, as is absolutely normal, will let the state leaders know and it is entirely a matter for the state authorities of how they communicate that through their own bureaucracy and their own emergency management processes.”

The RFS said hundreds of properties had been damaged by blazes around the state yesterday, as Sydney and Canberra set new temperature records.

Mr Fitzsimmons said there was widespread destruction and “we can expect to see property damage probably number in the the hundreds”.

The Southern Highlands, Snowy Mountains and South Coast were the worst affected areas, while the mercury at Penrith reached 48.9 degrees Celsius — a new record for the Sydney basin.

A new temperature benchmark was also set in Canberra (44C).

Mr Fitzsimmons said a 47-year-old man had died after a suffering cardiac arrest in Batlow.

It is believed the man travelled down from Goulburn to help a friend.

Four firefighters were also injured on Saturday and taken to hospital, but have since been released.

“The extent of this bushfire season in living memory, and many experts have been around much longer, who fought fires and observed circumstances, all agree, we’re in uncharted territory,” she said.

“How people interpret that is to them. As the Premier of this state, our state is facing a difficult time ahead.”

A statewide total fire ban is in place in NSW today, and while conditions have eased, moderate winds are expected to fan more than 160 blazes around the state.

“We have to start the process of getting some sort of containment on these fires,” he said.

“I don’t know the length but I imagine there would be more than 15,000 kilometres of fire edge we’ve got to try and get containment on.

“That’s a huge amount of work and the crews will continue doing that work.”

Celebrities took to social media to raise money, with pop star Pink — who said she was “devastated” by the fires — chipping in $500,000.

Transport Minister Andrew Constance, whose electorate of Bega has been among the worst affected by fires, compared the blazes to “an atomic bomb”.

“I’ve got to be honest with you, this isn’t a bushfire – it’s an atomic bomb,” he told ABC Radio Sydney.