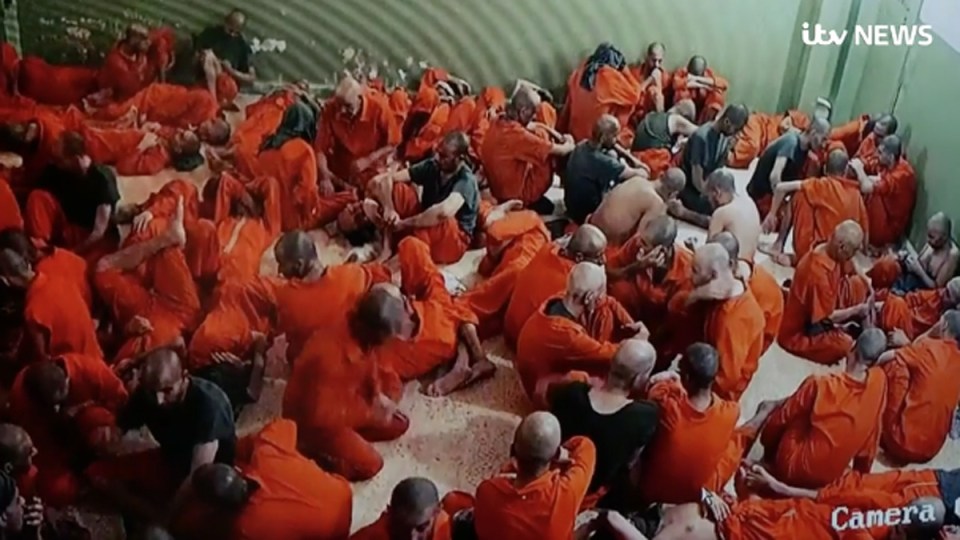 A crowded cell in the secret northern Syria jail where many ISIS fighters are being held. Photo: ITV.com

Australia has known for up to six months that a teenage boy from Sydney with an intellectual disability is being held in degrading conditions in a men’s jail in northern Syria.

The New Daily understands the boy is alone and no longer with his Australian father, as authorities had first believed.

The Morrison government declined to comment on the situation on Tuesday night.

The teenager is not a foreign fighter and has not committed a crime.

He was brought to Syria by other family members when he was just 11 years old.

After the fall of the Caliphate, the boy was captured and taken to the men’s prison.

He was 15 years old when he was jailed. He recently celebrated his 16th birthday.

Kamalle Dabboussy, the father of another ISIS bride who remains trapped in a refugee camp, said the mother of the teenage boy was sick with worry.

“We are desperate to make sure he’s safe,” Mr Dabboussy said.

“His mother told me, ‘This is just a child in a big boy’s body’.

“We’ve been told in the event they repatriate the women and the children, they will try and take him too. Why won’t they get him out?”

The Sydney father, who says his daughter Mariam was tricked into entering the country and had not planned to go to Syria, said the men received a “bounty” for bringing women and even their mums to the Caliphate.

“Mums legitimise the country. If you managed to bring over your mum, you got the highest payment,” Mr Dabboussy said.

“There was competition to bring more women over.”

Melbourne-born ISIS bride Zehra Duman has flagged a potential legal challenge over the decision to cancel her Australian citizenship.

Lawyers acting for the mother of two have warned they hold serious concerns over the legal validity of the decision by Home Affairs Minister Peter Dutton.

“We hold serious concerns about the constitutional validity, operation and use of citizenship cancellation laws, particularly in pre-charge stages, or where the decision to cancel citizenship is one of ‘conduct-based’ deprivation,” lawyer Sarah Condon told The New Daily.

“It’s particularly concerning when applied in situations where the duality of a person’s citizenship is, on the face of it, unclear.”

The New Daily confirmed on Monday night that Ms Duman, 25, had been notified of the cancellation of her citizenship in recent days.

This week, a woman believed to be Ms Duman told Australian Associated Press that she was prepared to be left behind in Syria if Australia rescued her children.

“Forget me. I just want my kids to see my family, to see hospitals, medication, psychologists, have a normal childhood,” she said.

“You know what my son says when [my daughter] is sleeping? ‘Look Mummy [she’s] dead’. This is messed up. He’s three years old. How can he know what death is?”