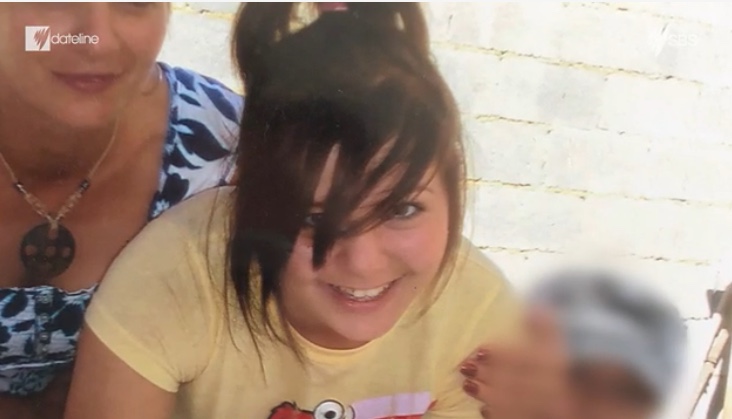 Melbourne-born Zehra Duman is set to fight the government's plan to strip her of Australian citizenship. Photo: SBS
exclusive

Melbourne-born ISIS bride Zehra Duman has flagged a potential legal challenge over the decision to cancel her Australian citizenship.

Lawyers acting for the mother of two have warned they hold serious concerns over the legal validity of the decision by Home Affairs Minister Peter Dutton.

In the first public statement issued by Ms Duman’s legal team, her lawyer left the door open to a High Court challenge.

“We hold serious concerns about the constitutional validity, operation and use of citizenship cancellation laws, particularly in pre-charge stages, or where the decision to cancel citizenship is one of ‘conduct-based’ deprivation,” lawyer Sarah Condon told The New Daily.

“It’s particularly concerning when applied in situations where the duality of a person’s citizenship is, on the face of it, unclear.”

The statement raises the prospect that Ms Duman, one of Australia’s most notorious ISIS brides, will argue that her Turkish citizenship is not valid and her alleged terrorism offences are not proven in court.

The New Daily confirmed on Monday night that Ms Duman, 25, had been notified of the cancellation of her citizenship in recent days.

“In cases where the Minister has made a decision in relation to detainees in al-Hawl, we urge for those decisions to be rescinded, and for the government to urgently assist in the repatriation of the women and children,” Ms Condon said.

“The potential impact of these decisions on infant children is gravely concerning. Given the recent announcement by the US, the situation for the children is now catastrophic. The rules of natural justice must apply, and individuals must be given the opportunity to plead their case.”

On Monday, US President Donald Trump announced US troops would withdraw from north-eastern Syria. That will leave Kurdish-led forces in Syria that have long allied with Washington vulnerable to a planned incursion by the Turkish military, which brands them terrorists.

Turkish president Recep Tayyip Erdogan said on Tuesday that Ankara was ready to launch an assault against Kurdish troops “at any moment”.

This week, a woman believed to be Ms Duman told Australian Associated Press that she was prepared to be left behind in Syria, if Australia rescued her children.

‘Forget me, I just want my kids to see my family, to see hospitals, medication, psychologists, have a normal childhood,’ she said.

‘You know what my son says when [my daughter] is sleeping, look Mummy [she’s] dead. This is messed up, he’s three years old, how can he know what death is?’

Labor has also urged the Morrison government to act to remove children who are Australian citizens from the refugee camps, and has urged the government to explain any decision to cancel Ms Duman’s citizenship.

“These are reports we’ve seen today; I’m not in a position to confirm those, of course, that would be for the government to do,” Labor’s home affairs spokeswoman Kristina Keneally said on Tuesday.

“But we do hold concerns, as do the government, about the wellbeing and the safety of these children. There are about 40-some children, we understand, of Australian citizenship in these camps. What we would urge, first of all, is all parties to seek to not escalate the situation.

“Secondly, we know that the government are working with our national security agencies and we encourage them to continue to do so to consider what can be done to ensure the safe removal of children if that is possible now.”

Home Affairs Minister Peter Dutton is travelling in the US, but a spokeswoman released a statement claiming: “The government will not comment on individual cases.”

That claim is demonstratively untrue.

For example, on December 29, 2018, the Morrison government publicly announced it had canceled the citizenship of notorious terrorist Neil Prakash.

The press release issued at the time was headlined ‘Neil Prakash stripped of Australian citizenship.’

“Today I can confirm that the Australian Government has notified Neil Prakash that his Australian citizenship has ceased due to being in the service of Islamic State,” Mr Dutton said.

“This brings to 12 the total number of dual citizens whose Australian citizenship has ceased for actions contrary to their allegiance to Australia.

“Under section 35 of the Australian Citizenship Act 2007, a dual national’s Australian citizenship automatically ceases if they act contrary to their allegiance to Australia by engaging in terrorism-related conduct.

“Cessation of Australian citizenship of dual nationals engaged in terrorist conduct offshore is a key part of Australia’s response to international violent extremism and terrorism.”

“Our first priority is, and will always be, the safety and security of Australians,” he said.

Jihadi bride to challenge move to strip her of Australian citizenship