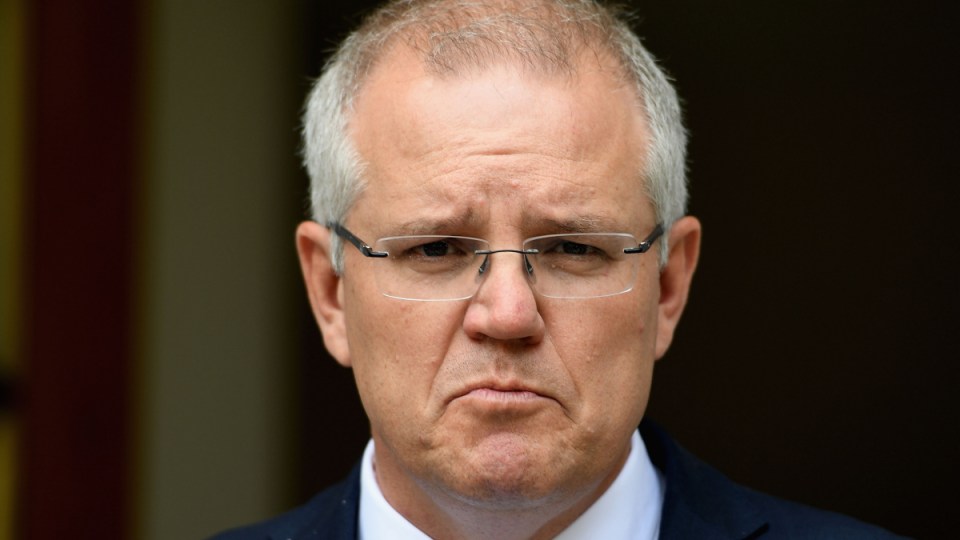 The Morrison government can’t take a trick. On the day when it had some good numbers on the budget to sell, a member of the ministry blows them away with an alleged sex scandal.

The Nationals’ Andrew Broad, assistant minister to the deputy prime minister, had to quit his job but not his safe Victorian seat when New Idea magazine ran a story alleging he used a dating site to find ‘sugar babies’ while on an official trip to Hong Kong.

The story, which ignited a social media frenzy and was headline, breaking news on mainstream media and websites, quickly relegated the Mid-Year Economic and Fiscal Outlook to also-ran status.

Labor’s deputy leader Tanya Plibersek read out to delegates at the party’s national conference a news report of the Broad allegations.

She quipped: “Delegates, it just proves [the government will] do anything to distract from our conference.”

This is not the way Prime Minister Scott Morrison planned to end the year. He was hoping news that his budget was billions of dollars better off than he himself had forecast just nine months ago would be a mighty useful springboard into 2019.

Instead, another Nationals MP was making a mockery of his and the junior Coalition party’s “family values”.

As an assistant minister, Mr Broad was not quite in the same league as then deputy prime minister Barnaby Joyce, but his alleged inappropriate behaviour smacks of credibility sapping hypocrisy.

The Joyce saga sent the government’s ratings into a spiral. Nationals leader and deputy prime minister Michael McCormack says he advised Mr Broad two weeks ago to alert the Australian Federal Police and to tell the Prime Minister. But it looks like he himself did nothing more.

Mr McCormack says “due to the nature of the allegations … it is appropriate for Mr Broad to resign” as his assistant minister.

The ‘sugar baby’ in this latest episode goes by the moniker “sweet Sophia Rose”. She told the magazine that Mr Broad tried to set her up for sex. Mr Broad says he has alerted the AFP to what he believes could be criminal activity on the woman’s part.

This has the potential to become a story also about what did the Prime Minister know, and what did he do about it. The Prime Minister’s office says the first he heard of it was Monday morning. It also claims Mr Broad paid his own travel.

If the imbroglio over the embassy in Israel and the appointment of the nation’s next Governor-General are any indication, we cannot be confident Mr Morrison would show much political nous.

The federal Liberals have a problem with women, according to private and public polls. A more astute politician surely would have seized a golden opportunity to appoint a high-profile woman to the top constitutional job.

Instead Mr Morrison went for another Christian, white, male soldier. There was no attempt here to show an appreciation that our multi-cultural society is inclusive enough to also find someone from another heritage.

The question is also begged as to why the Prime Minister had to make the Governor-General announcement on the weekend when the appointment does not take effect until after the election.

The best explanation is that he wanted to steal some of Labor’s national conference thunder. In other words, Mr Morrison wilfully politicised the role of Governor-General for his own campaign purposes. And make no mistake, the real – if not official – election campaign is now well and truly under way.

Mr Morrison ends the year in a dire polling position. The average of all the published opinion polls is just less than 9 per cent; an entrenched gap that opened up immediately after the knifing of Malcolm Turnbull last August.

Polling analyst Andrew Catsaras says up until the deposing of Mr Turnbull, the Coalition still had some chance of winning – “not any more”.

“The only contest now will be guessing how many seats the Coalition will lose, and whether Peter Dutton in Dickson and Tony Abbott in Waringah, will be among the casualties.”