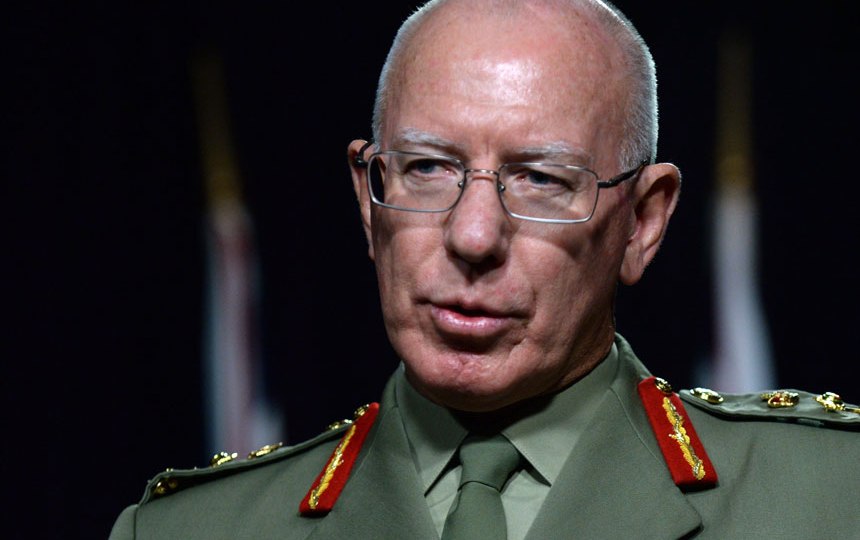 Declaring himself a “traditionalist”, the Mr Morrison confirmed his preference to appoint a senior military leader to the job, a decision that almost guarantees the exclusion of women from the role.

However, his decision not to consult Labor leader Bill Shorten has ruffled feathers, given that the appointment comes so close to the election.

“No, this is a recommendation that is made by the Prime Minister, like all the appointments that are made by a Government,” he said.

“We had an election in 2016 and during the term of this Parliament, the Prime Minister was to be making a recommendation to Her Majesty.

“That is the job of the government. The Labor Party may think they are the government at the moment – carrying on like they think they have already won an election – but that has not occurred and, as I assure them, they have got a fight on their hands.”

Following speculation former Foreign Minister Julie Bishop might be appointed to the role, Labor wrote to the Prime Minister and urged him to delay the appointment until after the election.

On Sunday, Labor leader Bill Shorten indicated he supported the appointment but noted he had not been consulted.

“My first real interaction with him in that context was at a dinner with a bunch of young people from many different cultural backgrounds over at Victoria Barracks,” Mr Morrison said.

“The elegance and passion and empathy that he spoke with I thought really set him apart as an individual and I have only seen that continued to be practised in his role as Governor. He’s served incredibly well as Governor.

“As you know, I am a bit of a traditionalist when it comes to these issues.”

Governor Hurley admitted he was “surprised” to get the call.

“I am humbled and proud to have accepted,’’ he said.

“I will be enormously proud to represent Australia in the role of Governor-General.“

Mr Morrison said he had worked closely with the new Governor-General as Immigration Minister during his work for Operation Sovereign Borders and on the National Security Committee.

Governor Hurley led the ADF during the withdrawal from Afghanistan and in the aftermath of the Skype sex scandal which sparked a significant debate about the role of women in the media.

David Hurley named as our next Governor-General