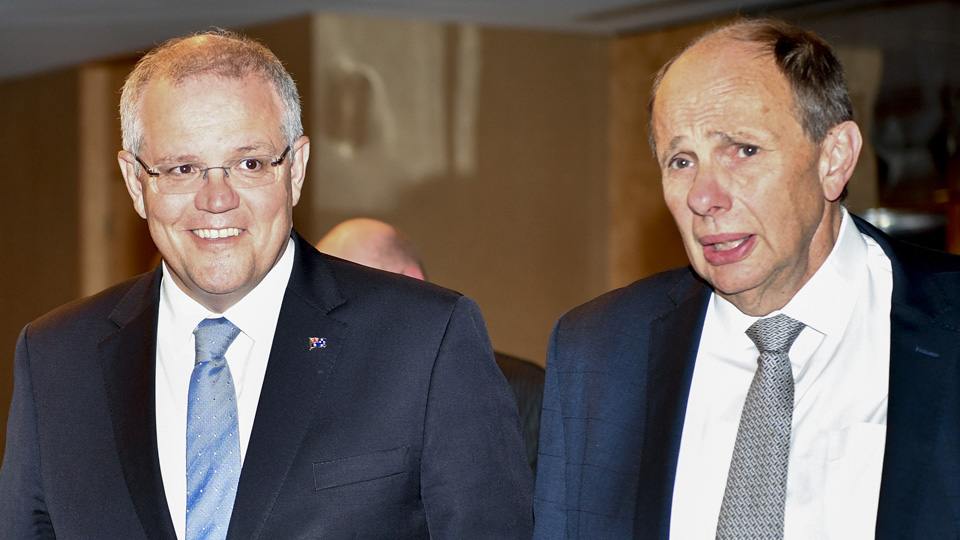 There’s a golden opportunity for the Business Council of Australia to re-establish some economic credibility and fill the federal leadership vacuum.

It can do so with a simple measure that would benefit the nation, BCA members and even the federal government heading into the May election.

Unfortunately the BCA has neither the imagination, ambition or ticker to grasp the opportunity, but here it is: Propose a “grand bargain” to start 2019 with real take-home wage rises.

The deal would be for big business to pay an average 3 per cent pay rise with the government to come to the party via an income tax rate adjustment so as not to erode the take-home percentage.

Real take-home wages have been going backwards for six years – a reality that has been steadily catching up with the nation. It is arguably our biggest domestic economic problem.

The same rule has applied at the Reserve Bank, which knows it is bad for the economy but weakly complies with the federal government’s orders.

For six years, the economy has relied on employment growth and a falling savings rate to fund increased household consumption.

Wednesday’s national accounts demonstrated that is not sustainable if we want to achieve the sort of economic growth that increases wealth and reduces unemployment.

The end result of current government policy and capital’s wages growth strike can be seen in Thursday’s October retail sales numbers – trend growth stuck at 0.2 per cent. Combined with the “wealth effect” of falling house prices, the new vehicle sales indicator is saying the outlook is worse.

A factor in rising dissatisfaction in the electorate is the median worker isn’t even marking time with inflation. Not only is he or she failing to get ahead, they’ve been going backwards.

To use a simplified example, someone with a taxable income of $60,000 last financial year (a bit more than the median wage) would have had a take-home pay of $49,053.

If the pay rise was 3 per cent, the $1800 gross pay increase would turn into an after-tax rise of $1215 – a gain of 2.48 per cent. The worker would be slightly back in front for the first time in more than half a decade.

The immediate gain from real wage increases would be the lift in demand the economy is seeking, providing the incentive for greater business investment and delivering overall growth – the sort of things the BCA was vaguely promising with its highly theoretical modelling of company tax cuts many years down the track.

The chief executive officers who make up the BCA were incapable of managing a pledge to invest more in exchange for tax cuts so it must be highly doubtful they would be capable of something grander.

Yet big business itself would be winners. There’s a much more credible case for real take-home wage rises stimulating demand than trimming company tax rates.

Alas, CEOs get bonuses for short-term achievements such as limiting costs i.e. wages. There would be a short-term impact on profitability from giving real wage rises.

In a competitive world, they would need to increase prices – and thus deliver the healthier inflation the RBA has been looking for.

To lessen the CEOs’ immediate pain is where a PR coup with the coalition could beckon. Behind in the polls and an election looming, Scott Morrison needs something sooner and much fancier for the average worker than his present mild tinkering with low and middle-order rates.

A “grand bargain” between the BCA, the ACTU, ACOSS and the government could see the necessary amount of the wage rises tempered a little by a reduction in the low and middle tax rates. Throw in an increase in the Newstart allowance and the government would suddenly have an economic policy that promised growth instead of fiddling.

With big business paying higher wages, smaller business would be forced to follow suit to keep employees. Business has already been telling the NAB monthly business conditions survey it’s having increased difficulty finding suitable labour while not being prepared to pay more for it.

Yes, it’s only an idea, a work of the imagination. There’s no sign of the leadership in the BCA or government that they could bring it off.

Instead, prepare for more sub-standard growth, a dissatisfied electorate, a weak retail sector and a nation underachieving.