Indoor mask mandates may still return in Australia as authorities seek to contain the latest COVID-19 wave, but the rest of the world has all but forgotten about the virus.

There were more than 350,000 recorded cases and 479 deaths in Australia over the past seven days.

In the face of conflicting opinions from experts and politicians, Australians might be wondering how the rest of the world are handling the virus. 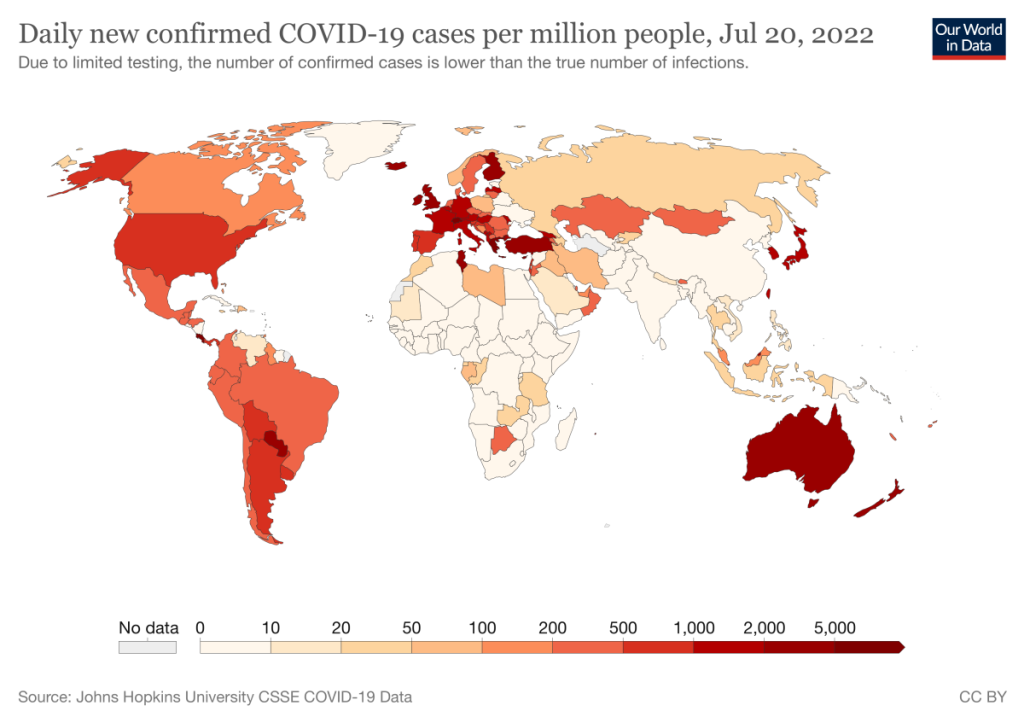 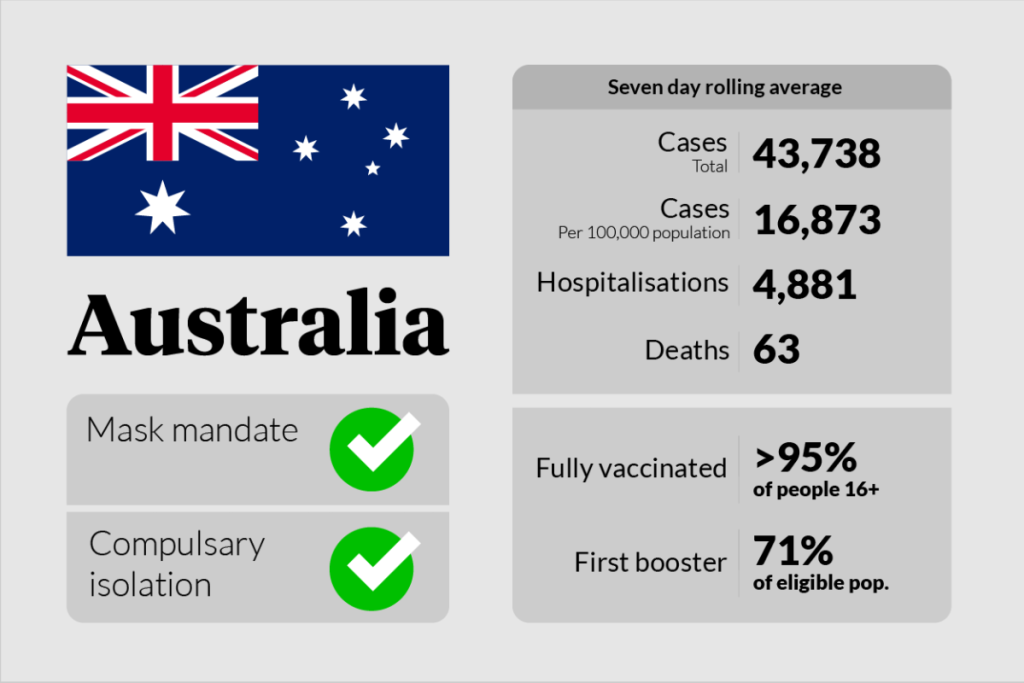 All states and territories in Australia have at least some mask mandates – whether just in high-risk settings such as aged-care homes and hospitals, or across public transport, aviation, courts and prisons.

All Australians who receive a positive PCR test result must isolate for seven days.

Support payments of up to $750 are available for those forced to isolate without sick leave.

Fines for individuals who break the rules range from $40 for failing to wear a mask in NSW to $20,000 for breaching vaccine mandates in a South Australia hospital. 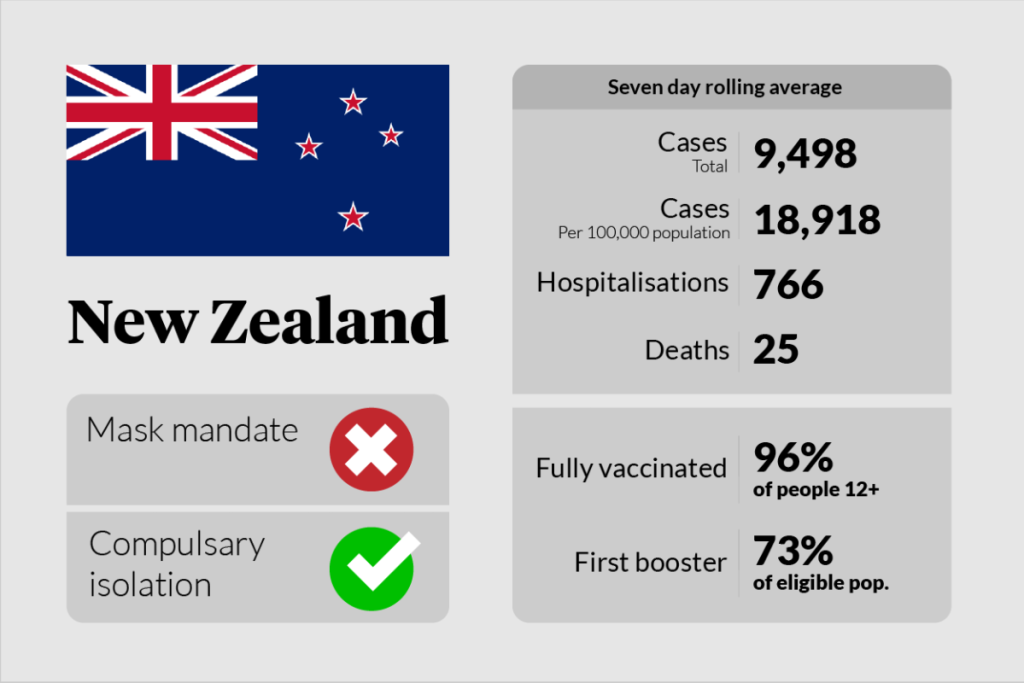 Anyone who tests positive in New Zealand must isolate for seven days, as must anyone living in the same household.

Face masks are also advised indoors and where social distancing is not possible. 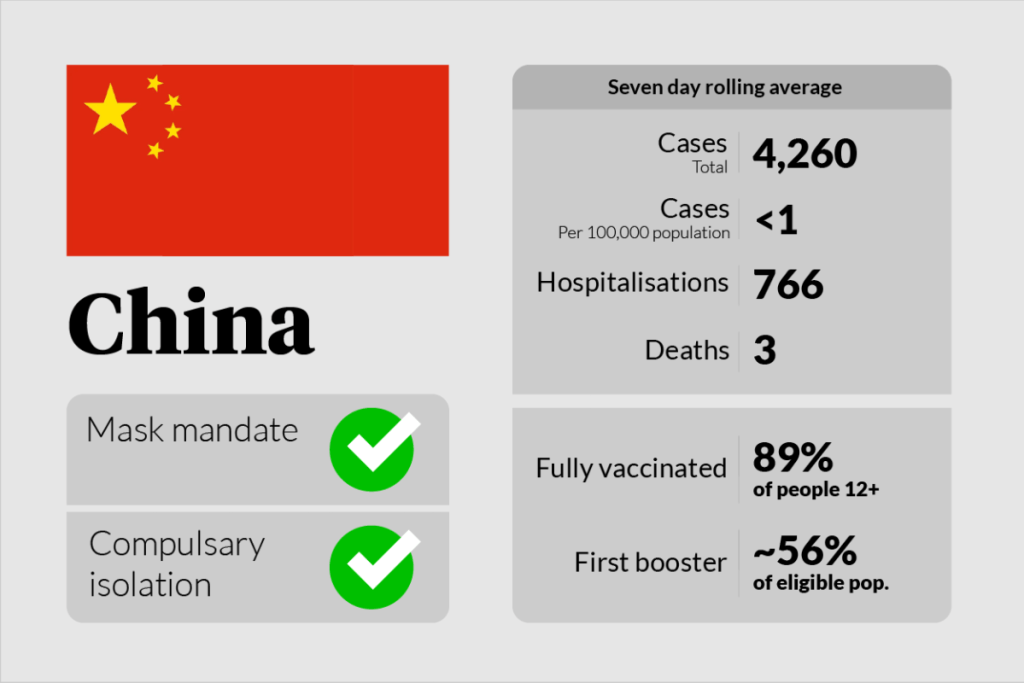 China currently has strict rules in place as it pursues a COVID-zero policy.

Senior officials in Shenzhen, where cases are highest, said in a statement that they will “mobilise all resources” to quash any outbreak, including widespread testing and temperature checks.

Officials will also be held personally accountable for outbreaks, according to the statement.

In the past, officials have sealed residential buildings and compounds at risk of an outbreak, and citywide soft lockdowns were in effect as recently as March.

On Monday, a Chinese district government apologised for breaking down locked doors to enter the homes of people taken to hotel quarantine while allegedly looking for close contacts hiding out in the complex.

A Chinese mRNA vaccine is on the horizon (no foreign COVID vaccine has been approved in mainland China), but experts say it likely won’t bring an end to the country’s strict regulations. 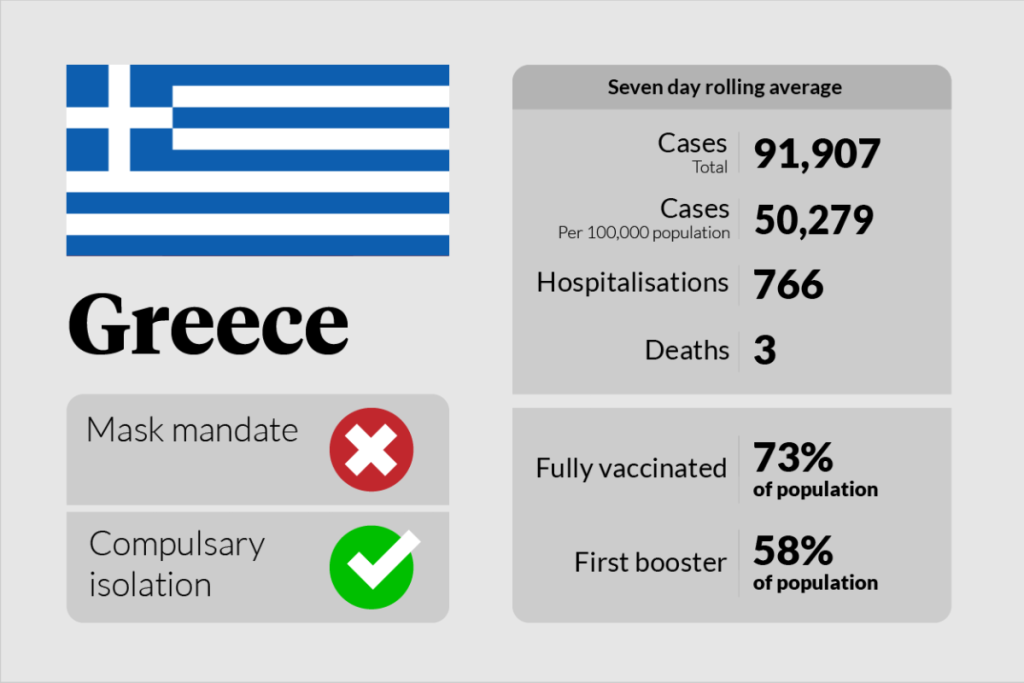 Greece currently has the highest per-capita COVID cases in the world, and more than the country has ever recorded.

Western Europe, meanwhile, is experiencing a wave of new cases during the summer tourist season, including in France, Germany, Austria, Italy and Cyprus.

In Greece, face masks must be worn on public transport, in pharmacies, hospitals and medical centres.

Positive cases must isolate for five days, unless they are a tourist.

Greece introduced vaccine mandates when cases spiked during last year’s tourism season, but all those mandates are no longer active. 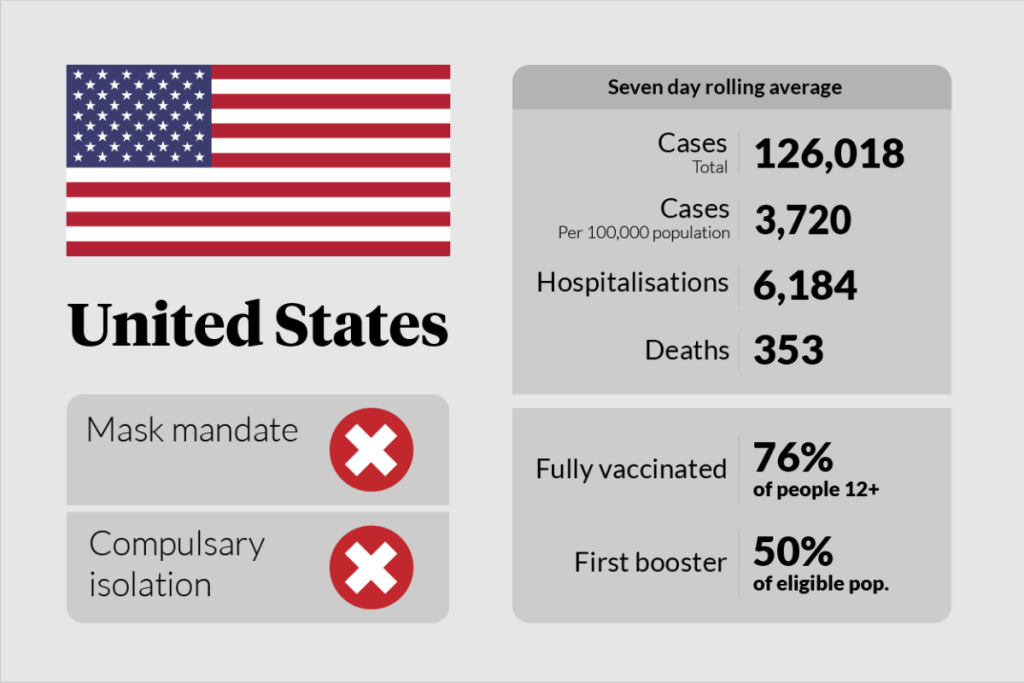 Except for a few mask mandates in Washington DC, the United States has no COVID rules.

As a result, daily case numbers are likely significantly under-reported, with little reason to test for or report a positive case.

People who test positive are advised to isolate for five days and not travel.

Masks are advised for those who are, or live with someone who is, immunocompromised or at risk of severe illness in areas with high case numbers.

Cultural pressures in the US have seen significant resistance to public health mandates, especially mask wearing. 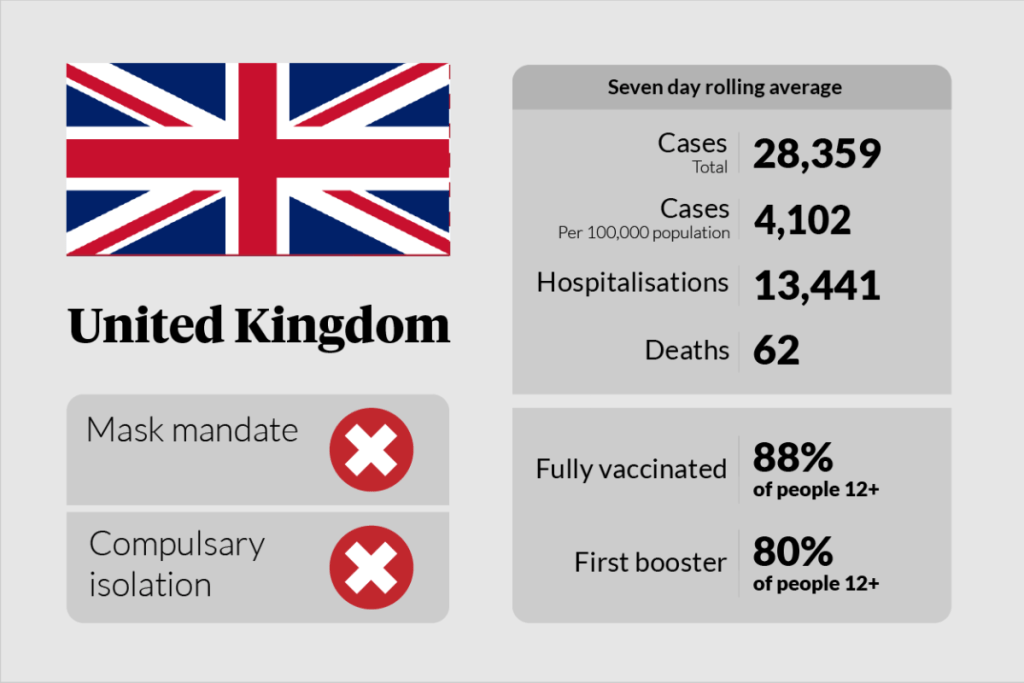 People who test positive must wear a mask in hospitals and doctors’ practices.

Other than that, there are no COVID rules in the United Kingdom.

The official guidance from UK health officials is to wear masks in crowded places and isolate for five days after returning a positive test result.

COVID deaths and hospitalisations were significantly under-reported in the UK, and the world over, according to a University of Washington study.

With Australia mulling mask mandates, here’s how the rest of the world is handling COVID-19