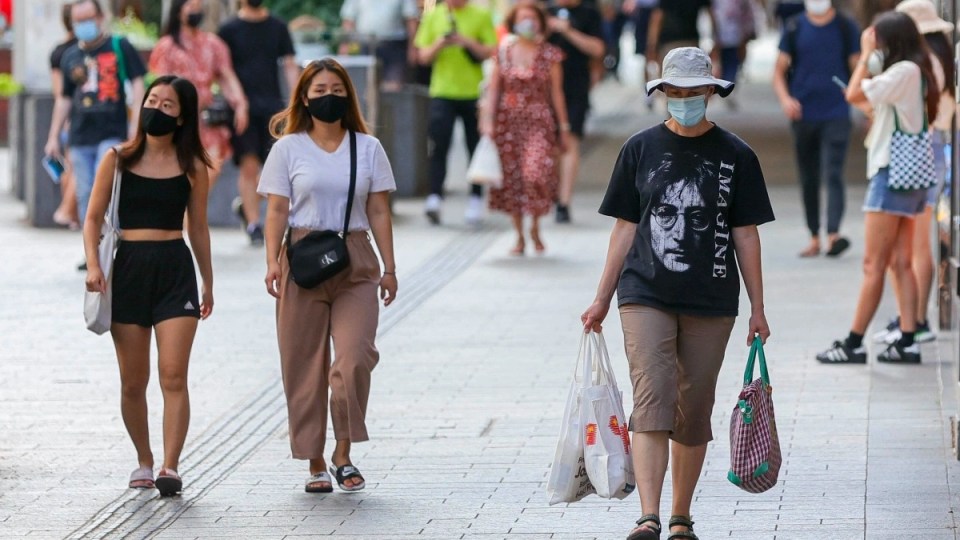 The winter wave of COVID-19 is expected to peak in August and will likely be over by September. Photo: AAP

Prime Minister Anthony Albanese says a return to mask mandates wasn’t even on the table at last weekend’s snap national cabinet meeting amid concerns about the escalating COVID-19 wave.

Australians in many states have been urged to work from home where possible, and wear masks indoors – but no state or territory leader has decided to make either move mandatory.

Queensland Premier Annastacia Palaszczuk is the latest to step up the message, urging people to take precautions against the virus.

“Some people may think it’s not cool but if you have elderly grandparents, you could be helping to save their lives. So, please take this seriously and wear a mask indoors.”

But Queensland health authorities said there would be no mask orders.

“We’ve moved beyond that element where we’re telling people what to do, the community knows what to do,” the state’s acting chief health officer, Peter Aitken, said.

“The position is that we strongly encourage, we continue to encourage, rather than mandating it.

“At this stage, there is no mandate on the agenda.”

On Thursday, the opposition called for clarity on COVID-19 messaging. Health spokeswoman Anne Ruston said inconsistency in the federal government’s messaging had made it harder for Australians to understand why changes were necessary.

“There has been quite a lot of mixed messaging out there. A lot of Australians are very fatigued about having to continually make changes in their lives,” Senator Ruston said.

“It’s really incumbent on all state and territory governments and the federal government to be really consistent in their messaging, making sure that Australians understand what it is they need to be doing.”

But Mr Albanese said the chief medical officer had not advocated for a mandate – even when state and territory leaders met last weekend for a briefing on the escalating wave.

“The clear decision of the AHPPC, the peak body where you get all the state and territory chief health officers together with the chief medical officer, Professor [Paul] Kelly, haven’t advocated that to me at all,” he told the ABC on Thursday.

“The other thing you need to bear in mind is the mental health aspects of restrictions on people’s behaviour.

“We need to get the balance right and I think that’s something the chief health officers have borne in mind.”

The comments come a day after Professor Kelly warned case numbers and hospitalisations – as well as virus-related fatalities – will continue to increase.

“We are in for a new wave of this very infectious variant and we need to do some things differently, at least for a short period of time,” he said.

“I have recommended that we need to increase mask use. We have left it there for others to consider the pros and cons of how to do that.”

He has refused to put a figure on just how many cases Australia might have when its latest COVID wave peaks, which is not expected for several weeks.

On Thursday, there were another 50,500 infections across the country. There were also a further 80 deaths.

In the past week, there have been more than 300,000 cases in Australia.

“The question is, are people complying with them? There’s no good having a mandate unless it’s enforced,” he said.

“Are there people jumping on trams here in Victoria and enforcing the rules and fining people? I don’t know that that’s happening.

“It’s not happening in NSW.”

Mr Albanese said the winter wave was expected to peak in August and would likely be over by September.

“Whilst we’re seeing this surge is occurring, it’s expected to continue to increase just over the next few weeks, but then decline next month and towards September,” he said.

Northern Territory: 669 cases, no deaths, 70 in hospital with one in ICU