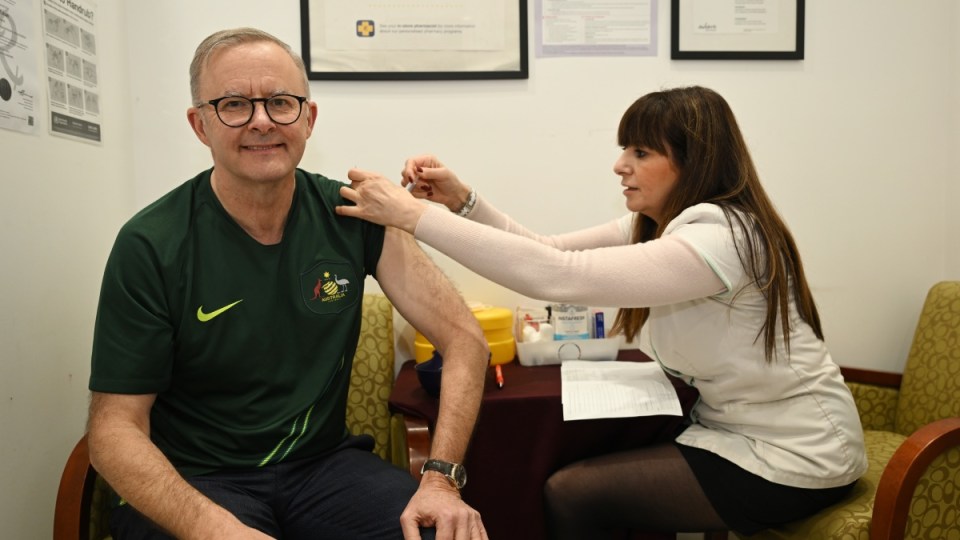 Anthony Albanese will have to grin and bear the pain of debt and pandemic issues, Paul Bongiorno writes. Photo: Getty
opinion

Government is always a seat-of-the-pants enterprise no matter that our political leaders try to convince us otherwise.

We saw a dramatic example of it in the fracas that gathered momentum over pandemic leave payments.

The most sensible reason for their restoration came from New South Wales Premier Dominic Perrottet.

The Liberal state leader says he would always support such government payments for so long as it remains the law compelling COVID-infected people to stay home for a prescribed isolation period.

It’s a no-brainer really and makes you wonder why the Prime Minister didn’t arrive at the same conclusion a couple of weeks earlier than he did.

This ignores a couple of compelling facts.

It is true that health experts were warning that winter would be a dangerous time for the Omicron variant to spread, but this was before the arrival of the highly infectious BA.4.5 form of the coronavirus strain and the rapidly mounting numbers of victims.

Albanese made this point on Monday.

He was on much firmer ground than when he attempted to blame the previous government for ending the $750 leave payment for casuals and other workers without sick leave.

This was always a stretch in light of the new stage in the health crisis putting strain on the country’s hospitals and businesses.

Shadow Health Minister Anne Ruston was one of the first to call for the payments to be reinstated. She was joined by a growing chorus of premiers, chief ministers, unions, business and even federal Labor backbencher Dr Mike Freelander.

But Albanese and his Treasurer Jim Chalmers remained reluctant to act. Obviously they were more intent to establish early their credentials as prudent and responsible economic managers.

The Prime Minister, Dr Chalmers and Health Minister Mark Butler all stressed that emergency measures have to end some time, especially in light of the trillion-dollar debt the government had inherited from the Liberals.

But after his briefing from the chief medical officer Paul Kelly on Friday afternoon, the PM had all the evidence he needed to convince him that the emergency prompting these payments had certainly not ended.

At 6.53pm he tweeted that he was bringing forward national cabinet to the next morning.

There, in something of a coup, he managed to get the states and territories to agree to go halves on the $800 million cost of reinstating the payments till the end of winter.

Acting Opposition Leader Sussan Ley said the decision came too late and the Prime Minister “owed an apology” to workers who had contracted COVID and suffered the stress of income loss.

Chalmers rejected the criticism as “ridiculous” because just “eight weeks ago” the Liberals took stopping the payment at the end of July to the election.

The government has now backdated eligibility to July 1.

Ruston took to Twitter slamming the decision as “an embarrassing backflip” and there were still questions to be answered on when the government sought advice.

But this time the Liberals could hardly slam the decision as another example of Labor profligacy as they had been loudly demanding it.

Not so reticent the bulwark of neoliberal economics, The Australian Financial Review.

In a scathing editorial it described the “backflip” as “a worrying chink in budget discipline by the new Labor government”.

In something of a contradiction, it said the decision “may well be justifiable … But in the end, it was a political scramble by a government that failed to hold its nerve”.

The paper quoted economist Chris Richardson saying the government should now look for spending offsets elsewhere to pay for it.

But economist Stephen Koukoulas thinks this is misguided: “Sure, embarking on budget repair is important, but there are plenty of other options.”

Koukoulas says there is a strong argument to say it is more economically responsible to reinstate these payments to head off greater costs to the economy by an out-of-control pandemic.

Albanese says his biggest challenge “is to get the economy back on track and to make it an economy that works for people, not the other way around”.

For a couple of weeks, it looked like he was getting that balance wrong. The pandemic sure teaches hard lessons.

Paul Bongiorno: Albanese discovers the pitfalls of juggling debt and the pandemic