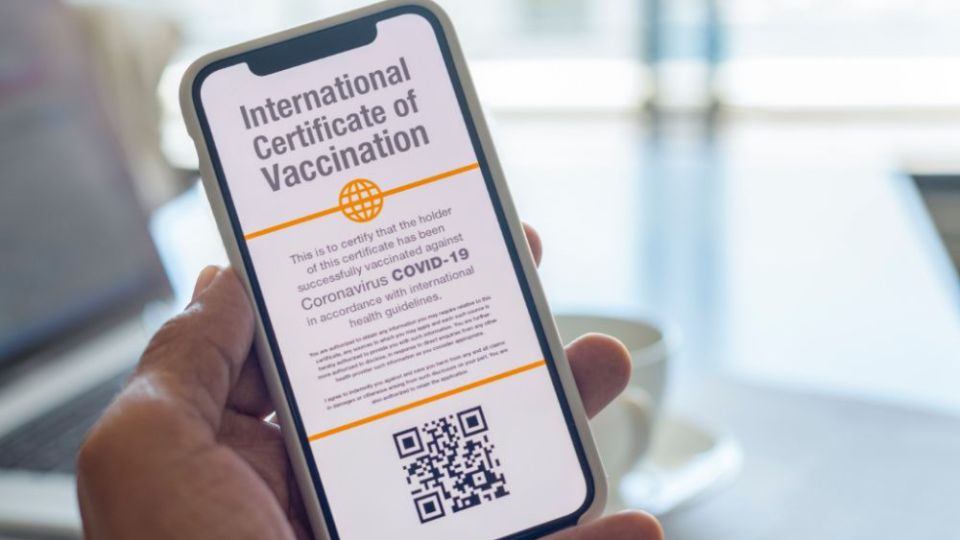 The federal government is in talks with airlines for a global coronavirus vaccine passport, but a leading epidemiologist has warned Australia needs to inoculate at least 85 per cent of the population against COVID-19 before international borders reopen.

This comes as Prime Minister Scott Morrison’s idea to develop a vaccine app for interstate travel has been slammed by some health experts, who have called on the government to help fix the hotel quarantine system instead.

The government is currently in talks with the International Air Transport Association, a trade association made up of 290 of the world’s airlines, to use their vaccine passport system to unlock quarantine-free travel.

“We are working with a number of airlines on trials of the IATA Travel Pass, including over 30 airlines that have announced publicly. Qantas and Air New Zealand are participating in the pilots,” Mr Goel said.

“Singapore, Panama and Estonia have announced that they will accept the IATA Travel Pass for entry.”

The Morrison government is eyeing Singapore and some Pacific Island countries as possible destinations with which Australia could open a travel bubble.

Digital “green pass” vaccination certificates are already being embraced around the world, including by Israel, the EU, and the UK, where international travellers will be asked to put in their COVID vaccine status through the NHS app.

“The IATA travel pass alone is not the magic bullet for restarting travel if governments do not remove restrictions such as quarantine,” he said.

“Hence the priority is still for governments to establish a roadmap towards reopening borders without quarantine and relaxing travel restrictions, using testing and vaccination, once it is safe to do so, and to work with the industry on the roadmap so as to allow airlines to plan ahead and provide the necessary connectivity.”

Mr Morrison has flagged the potential use of COVID passports for interstate travel in Australia, but Marylouise McLaws, an infectious diseases expert at the University of New South Wales and member of the World Health Organisation’s COVID-19 response team, said the plan was “unnecessary”.

“I don’t think we need it. It may well have been mentioned to encourage people to get vaccinated,” Professor McLaws said.

“There are many other ways to get people vaccinated, rather than excluding people from travel.”

The best thing we can do is fix the faults in our hotel quarantine system, she said.

“We have no circulating virus, the only risk we have is inadequacies of quarantine facilities,” she said.

“If the authorities took on best practice nationally and every hotel quarantine was practised at that level, we should not need a vaccine passport.”

Calls for a plan for reopening Australia’s international borders have been growing.

This week, Virgin Australia chief executive Jayne Hrdlicka was forced to clarify her comments that the Australian border cannot remain shut forever, and that “some people may die” as a result of reopening.

“If I had time again I would use different words to make the same point,” Ms Hrdlicka told reporters in Brisbane.

But she wasn’t the only one trying to press the federal government for a plan to open up – the New South Wales government also called for a clear timetable.

Many questions remain about how Australia will get there – including how many of us need to be vaccinated before we can open up.

The target we should be aiming for

Australia needs to vaccinate at least 85 per cent of the population before reopening, Professor McLaws said.

If you take the midpoint for efficacy of both the AstraZeneca and Pfizer vaccines, then look at it in conjunction with the transmissibility level (which needs to be higher because of mutant strains), Professor McLaws said Australia needs to vaccinate 85 per cent of the population at a minimum.

“You want as many people to get vaccinated,” Professor McLaws said.

Right now, the most important factor for getting the borders open is to get people aged between 20 and 59 vaccinated, because they are typically more social and will “ring-fence” older Australians, Professor McLaws said said.

“I wouldn’t be contemplating [opening the borderl] until you have the majority of that group vaccinated,” she said.

“We are relying on them, not just for their own health, they are going to be our saviours. The heroes.”

Disease concern for survivors of Afghanistan earthquake
Steve Smith confirmed as starter for first Test against Sri Lanka
Matildas will be keen to forget 7-0 drubbing by Spain
Upcoming stats will reveal where and how hard rates are hitting economy
Victorian MPs pocket a tidy 2.75 per cent pay raise
Reserve Bank review isn’t a ‘get the governor’ exercise: Jim Chalmers
Half-a-million vaccinations per week soon: PM urges Australians to get jab
Today's Stories