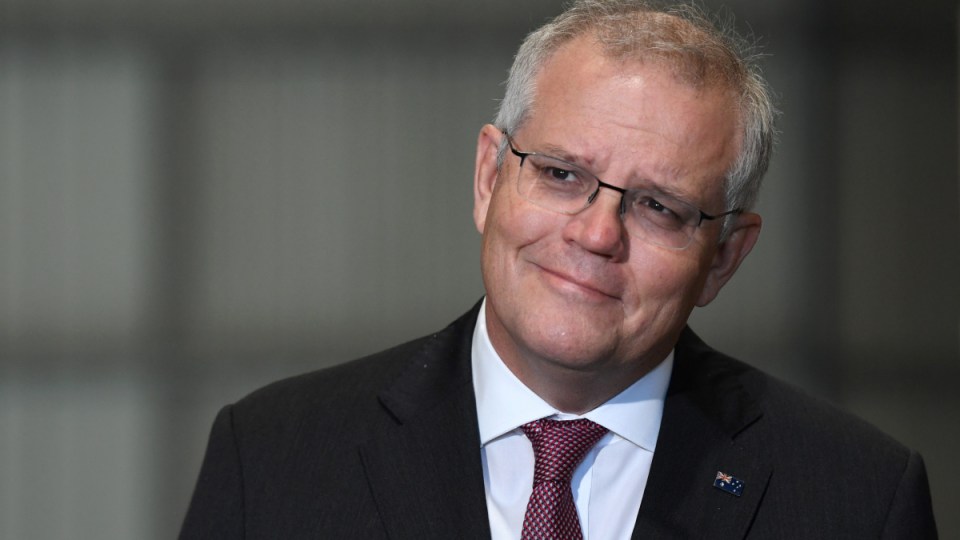 International travel is still a way off, but Scott Morrison is pushing state premiers to adopt new rules which could allow Australians vaccinated against COVID to avoid lockdowns or travel restrictions.

It’s the latest incremental step in Australia’s bubbling conversation around how to move to the next stage of society reopening, as medical experts, politicians and business leaders propose their own markers around vaccination targets and public health responses.

“The next most achievable step… means that vaccinated Australians would be in a much lower risk position when restrictions were to kick in on Australians going on public transport or going to theatres or going to the footy or whatever they might do,” Prime Minister Morrison said on Tuesday.

“They’re all vaccinated and then obviously the risks are a lot less.”

Latest federal figures on Tuesday showed 3.18 million vaccine doses had been given in Australia.

Last week’s federal budget assumes Australia’s international borders won’t fully reopen until mid-2022. Despite this week’s Newspoll finding around 80 per cent of respondents backed such a timeframe, it set off alarm bells in business groups who were startled at the projection, considering European borders are opening imminently for travel and tourism.

Mr Morrison said it was currently “not safe to take those paths” for Australia, citing the raging pandemic overseas, but has spent the last few days gradually talking up the idea that Australians vaccinated against COVID may be subject to fewer health measures.

“We’ve seen that operate in other countries and I think they’re the types of things that can be used, particularly to enable Australians who are vaccinated to move around Australia,’’ the PM said.

Such a shift would require agreement of state and territory leaders, who enforce public health measures like lockdowns and travel restrictions. Most state premiers have been strongly risk-averse, slapping on strict rules after as few as one COVID case in their community, and such a change would likely require an agreement of national cabinet.

“Some people may die, but it will be way smaller than the flu,” she said.

The safety of our guests has always been our number one priority – nothing will change that. We have worked in lock-step with State and Federal governments to put the health and safety of Australians first, and we’ll keep doing that as we learn to live with COVID-19.

In the wake of the furore over Ms Hrdlicka’s comments, Virgin later tweeted that safety was its “number one priority”.

The Australian Medical Association weighed in on Tuesday too, calling for a rethink of border measures.

“At some point, it will not be possible to justify the maintenance of border closures given their impact on lives and livelihoods,” AMA president Dr Omar Khorshid said.

The AMA called for borders to be reopened once an “adequate proportion” of Australia was vaccinated, as well as calling for an overhaul of hotel quarantine and new options for future international arrivals.

The ideas of vaccinated people being exempt from lockdowns, referred to by some as a ‘vaccine passport’, have been debated since the early stages of the pandemic. It could potentially see Australians flash their vaccine proof at public venues or on airlines.

Mr Morrison recently said “I do like this idea”, suggesting people who get a COVID jab may be able to travel overseas “without having to go through the hotel quarantine or some other form of abridged quarantine”.

Health minister Greg Hunt has said the possibility of overseas travel should be an “incentive” to get vaccinated.

But the concept has been savaged by politicians like Nationals MP George Christensen and former Liberal MP Craig Kelly, who called it “discriminatory”.

Speaking on the ABC on Monday, Labor’s shadow health minister Mark Butler again criticised the government for not rolling out vaccines faster, and putting Australia further down the track toward reopening.

“It’s understandable that Australians will want to focus on that core job first, before we start to shift to that new debate,” he said.

Fellow Labor frontbencher, Bill Shorten, was asked on Channel Nine’s Today program whether Australia could see a “two-tier” society, where vaccinated people have more freedoms than the unvaccinated. He resonded “I think so”.

On Tuesday, Mr Morrison said the idea of wider reopening was still some way off, and that Australia would “maintain [its] regime”.

“I’m not going to take risks with Australians’ lives,” he said.