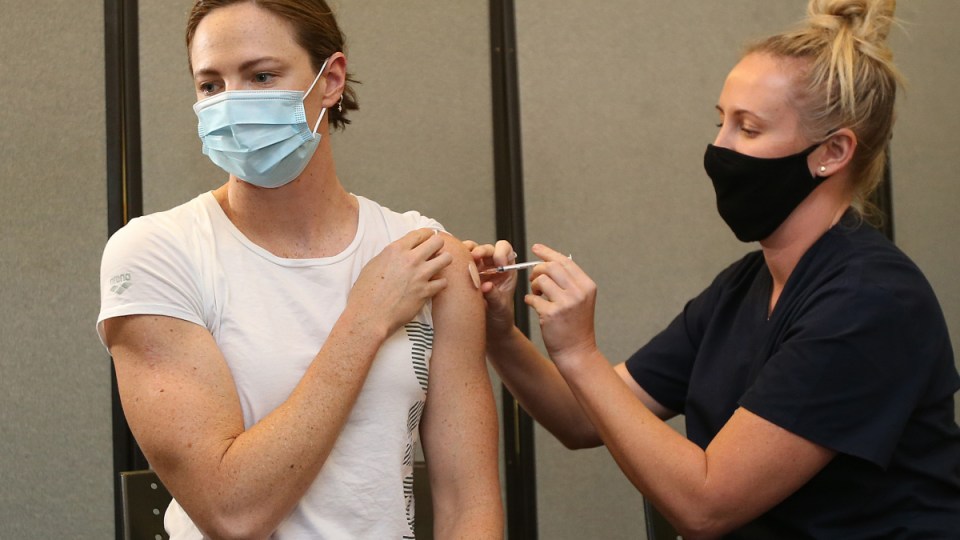 More than one in 10 said they were not at all likely to get vaccinated. Photo: Getty

Australians are missing out on key messaging about the advantages of the COVID vaccination, putting the country at risk of a third wave of virus infections, experts have warned.

An alarming national poll has found 29 per cent of Australians said they were unlikely or very unlikely to be vaccinated against the coronavirus.

The hesitancy comes after the federal government spent months arguing there was no urgency to the vaccination rollout, while more recently concerns have been raised about the efficacy of the AstraZeneca jab.

Infectious diseases experts have warned that fully reopening international borders would be foolhardy if only the most vulnerable groups were vaccinated.

Deakin University epidemiologist Catherine Bennett told The New Daily there needed to be more communication around what vaccinated people might be allowed to do, like being able to travel interstate despite borders remaining closed.

Her concerns have been echoed by others in the medical community who fear the lack of detail is dissuading others from getting vaccinated.

Professor Bennett said the messaging has been more along the lines of “we’ll wait and see when people vaccinate, and then we’ll see what we can do”.

It’s not about waiting because that just becomes a self-perpetuating, isolated Australian story that will get more and more damaging in many ways to us,” Professor Bennett said.

The poll, published by Nine Newspapers, found many believe there is no rush to take the jab while the international borders remain closed.

Federal Health Minister Greg Hunt on Wednesday said everyone had a role to play in tackling vaccine hesitancy.

“The biggest source of confidence is Australians seeing other Australians have the vaccine,” Mr Hunt said.

“Each of us can role up our sleeve and encourage others to roll up their sleeves.”

On an optimistic note, some 90,000 doses of COVID-19 vaccine were administered in a 24-hour period for the first time on Tuesday.

Having a clear timeline for when Australia will be opening up would give people a greater sense of urgency about getting vaccinated, Professor Bennett said.

“It’s got to tie to this higher-level plan, which actually then gives people a better sense of timelines and doesn’t tell them ‘we’ll do this if you vaccinate’, it tells them to vaccinate, so we can do this,” she said.

But at the moment, “I don’t think we’ve got those drivers”, Professor Bennett said.

“We need like leaders to say, ‘We need the population to do this because as a country, we have to reconnect with the rest of the world and we’re going to be doing this in the first part of next year in safe steps.

“That changes their personal risk equation.

Without those drivers, people are left to “wait and see what happens next” without understanding “vaccines are the enabler that will allow us to do more things”.

Focusing on the positives?

But Scott Morrison is keen to focus on the more than 70 per cent of people who are happy to have the vaccine.

“I would encourage them to go and make that booking,” he told Newcastle radio 2HD on Wednesday.

“If you are over 50, go and do that with your GP now. The state government is setting up other clinics to do the same thing. So I would just encourage people to get on and do it.”

The Prime Minister was also keen to point out only a small proportion of those surveyed were “hard against” receiving the jab, saying that was fairly normal with most vaccines.

Mr Morrison said the number of vaccinations in Australia had surpassed three million and continued to climb each day.