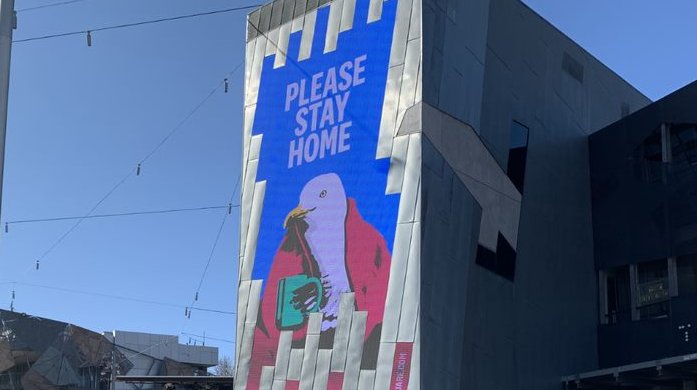 Melburnians are still living under stay-at-home restrictions, which are likely to remain until October 19. Photo: ABC News/Billy Draper

The number of cases linked to the Butcher Club at the shopping centre, in Melbourne’s south-east, has grown to 11.

Chief health officer Brett Sutton said authorities were offering testing to all workers in the shopping centre, including those without symptoms.

He said it was not yet clear who the “index case”, or first person in the chain of transmission, was. So it was important that anyone with symptoms in the area came forward to be tested, he said.

“The setting [butcher] seems to be a subsequent site of infection or transmission, but who the index case was in this whole cluster is unclear,” he said.

A Frankston family linked to the cluster had been moved into supported accommodation to help them safely isolate, he said.

Premier Daniel Andrews said the Chadstone outbreak served as a reminder of the risks of lifting restrictions too soon.

“There’s been a bit written and a bit said in recent times, and perhaps for a long time, about superspreaders and how a very small number of cases can lead to a very large number of cases,” he said.

“Just for a moment imagine what a normal Chadstone would have looked like … if that scenario had played out when we had had literally, in the course of a day, hundreds of thousands of people moving through that setting.”

He said modelling showed if restrictions were lifted too soon, outbreaks like that could lead to “many hundreds of cases”.

Victoria has recorded seven new coronavirus cases overnight and a man and a woman in their 80s have died from the virus.

Both of those deaths were linked to aged care outbreaks.

Melbourne is set to move to the third step of its restrictions roadmap when Victoria hits two trigger points: a 14-day rolling average below five, and a two-week total of mystery cases below five.

If no more mystery cases are recorded, that second trigger point is expected to be hit within the next two weeks.

Mr Andrews this week said public health officials would look at the “narrative and story” surrounding coronavirus infections, rather than just hard numbers, but the state remained on track for a “significant” easing of restrictions by October 19.

Under the third step of the roadmap, stay-at-home order will lift.

The plan as announced on September 13 also said Melburnians would be allowed to travel across the state.

But on Thursday, Mr Andrews threw doubt on whether intrastate travel would be permitted from October 19, and said it depended on cases and public health advice.

“I can’t at this stage say that that ring of steel, as it has been called, will just be thrown open and you can travel throughout the state,” he said.

“That might not be a smart thing to do at that point.

“But that shouldn’t also be read to mean that for all of the second half of October and all of November that those rules would stay in place, it might be a shorter period.”

Chadstone cluster a warning of scary potential of superspreaders: Premier