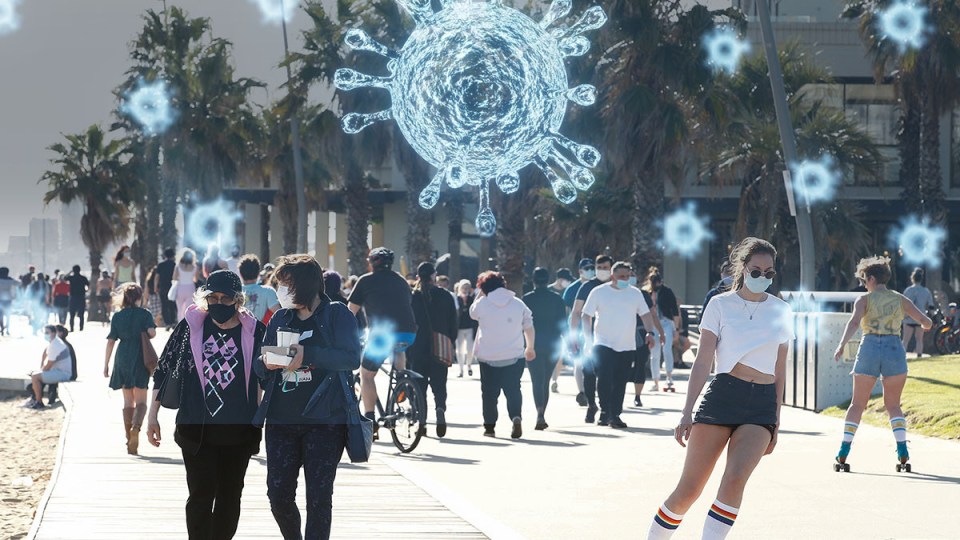 Victorians may need to learn to live with the coronavirus instead of aiming for zero cases, say infectious diseases experts. Photo: TND/Getty

The Victorian government should consider exploring better ways to live with COVID-19 rather than pursuing an ‘ambitious’ target of zero cases, according to infectious diseases experts.

Their warning came after Victoria’s chief health officer Brett Sutton told reporters on Monday that achieving zero community transmission was within reach, as demonstrated by other Australian state and territories.

“It’s a possibility in those entirely closed-off countries,” he said, pointing to Australia’s unique advantage as an island country. University of Melbourne lecturer and senior obstetrician, Dr Alex Polyakov, said the plan to extend Stage 4 until we had fewer than 30 to 50 cases a day was “reasonable”.

The next phase, however, was a concern.

“What concerns me about further plans is they’re going to continue Stage 3 restrictions in effect until there are less than five cases over a two-week period,” he said.

“This may not be achievable.”

Although Victoria’s roadmap out of lockdown aims to achieve no new cases over a 28-day period, Professor Sutton maintained the plan was an “aggressive suppression” strategy rather than elimination.

“If it’s controlled, a very small number of cases we can keep suppressed over weeks and months then equally that’s a decent place to be in,” he said.

He said he expected regional Victoria’s 14-day daily average to drop below five – without significant outbreaks occurring – in about two weeks from now.

For metro Melbourne, meanwhile, the daily average in the past 14 days has been close to 100, meaning in two weeks’ time we could expect it to drop below 50.

Targets may be a stretch

Even if we manage to drive average cases down to below 30, it would be a tough slog getting them down to zero, Dr Polyakov said.

“We seem to be shifting toward trying to eliminate the virus, which is perfectly fine, but I don’t know if that is possible,” said Dr Polyakov, who holds a masters in epidemiology and biostatistics.

“A lot of healthcare workers looking after people with COVID, they comprise a significant proportion of people who are infected.

“How do you get to less than five cases in a state of more than five million people?”

Associate Professor Ian Mackay, a virologist at the University of Queensland’s school of medicine, said Victoria’s targets would be “hard to achieve”, but not out of the question.

Given how far the virus has spread across the state, he said “it’ll take a long time to catch them all, lock them all down and make sure there is no ongoing spread”.

“Having those targets is realistic, but it’s not elimination because it’s still acknowledging there will be those cases left,” he said.

Associate Professor Mackay added he empathised with Victorians, saying “it’s a lot of work and heartache and economic harm to keep everything locked down”.

“They’re up against it and they’re facing what we’re seeing all over the world – massive fatigue with any restrictions,” he said.

“I’m a little torn about this. We do need to be looking at ways we can live better with the virus while still protecting our elderly. “