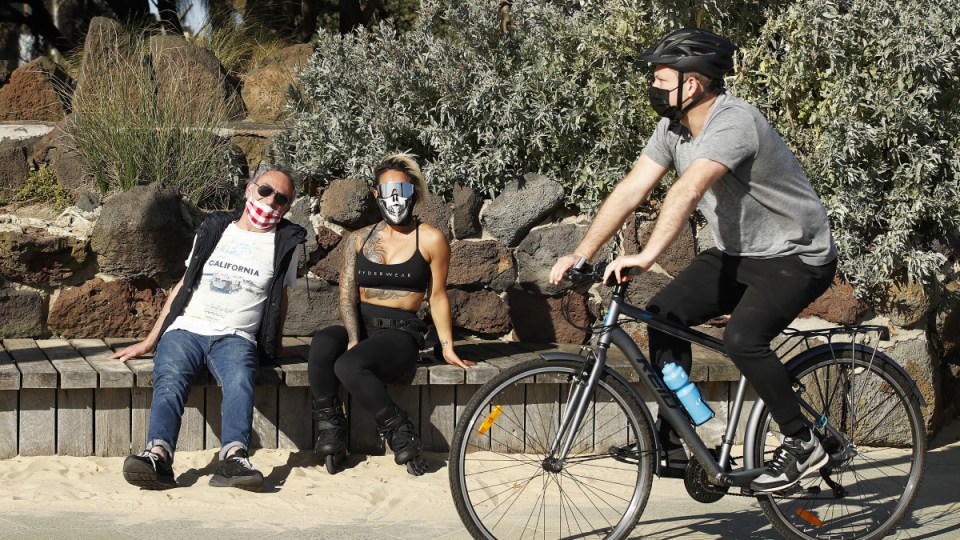 Weary Victorians have been given a boost in their fight against the coronavirus, with 41 new cases confirmed on Monday – the lowest daily tally in more than 10 weeks.

The last time the state had so few new infections was on June 27, when it also reported 41 cases.

The relatively low number takes Victoria’s rolling 14-day average to 96 – still well above the 30-50 required for Melbourne to take even the first steps out of its Stage 4 lockdown.

There were also nine more fatalities reported on Monday, taking Victoria’s pandemic toll to 675. However, just one occurred in the 24 hours to Monday morning, with the remaining eight being earlier deaths reported by aged-care facilities under updated federal government requirements.

“These numbers are coming down, this strategy is working. We are bringing a sense of control to this.”

“For regional Victoria, it’s only just above five. So I would expect in the two weeks from now, it will absolutely drop below five, all things being equal, and without significant outbreaks occurring,” he said.

“For metro Melbourne, that average in the past 14 days has been close to 100, but we have to consider that it was close to 400 only a month ago.

“That continues to trend down and, again, in two weeks from now, we could expect it to be below 50 as a reflection of today’s number.”

Under Victoria’s four-step plan to ease out of virus restrictions, unveiled on Sunday, Melbourne’s Stage 4 rules will remain at least until September 28.

There will be minor tweaks from September 14, including moving the daily curfew to 9pm instead of 8pm.

People living alone will also be able to nominate a friend or family member who can visit, while two hours of daily exercise will be allowed, including “social interactions” such picnics in parks or reading books at the beach.

Earlier, Professor Sutton said the plan was an “aggressive suppression strategy” that would hopefully eliminate community transmission in the state.

“The risk that’s been mapped out by the modelling suggests that if we open too early, and if we don’t follow these kind of thresholds for the next stage and the following steps, then we’ll be back in a situation that we’ve already been through in Victoria and we don’t want to be there again,” he told ABC’s News Breakfast.

“I understand how difficult it must be for businesses to see that it is not opening as early as they would have liked.

“But the risk, and it’s apparent in the modelling, is that going too early with too many cases on a daily basis, just puts it at serious risk of shutting down again in coming months.”

Business has reacted with despair to Sunday’s announcement that Melbourne will remain in Stage 4 lockdown for at least another fortnight.

Small Business and Family Enterprise Ombudsman Kate Carnell said owners were struggling under the weight of costs, including rent, equipment leases, loans and an accumulation of worker entitlements.

“What small businesses are telling us is that they are giving up,” she told Nine’s Today program on Monday.

“For many of them, they are not going to be open until the end of November.”

But that will be only if the average number of daily new cases has fallen below five and there are fewer than five unknown source cases.

“I want a Christmas that is as close to normal as possible and this is the only way, these steps are the only way that we will get to that point.”

Victoria’s last step out of restrictions will not come until at least November 23, and then only if it has had 14 days with no new cases. It will allow public gatherings up to 50 people and 20 home visitors at a time.

Regional Victoria, however, will be able to move to the third step of restrictions “quite soon”.

Victorian Chamber of Commerce and Industry chief executive Paul Guerra was among a chorus of business critics who said the plan did not do enough to protect struggling businesses.

“We were hoping for a road to recovery. Today we have been delivered a road to nowhere,” he said.