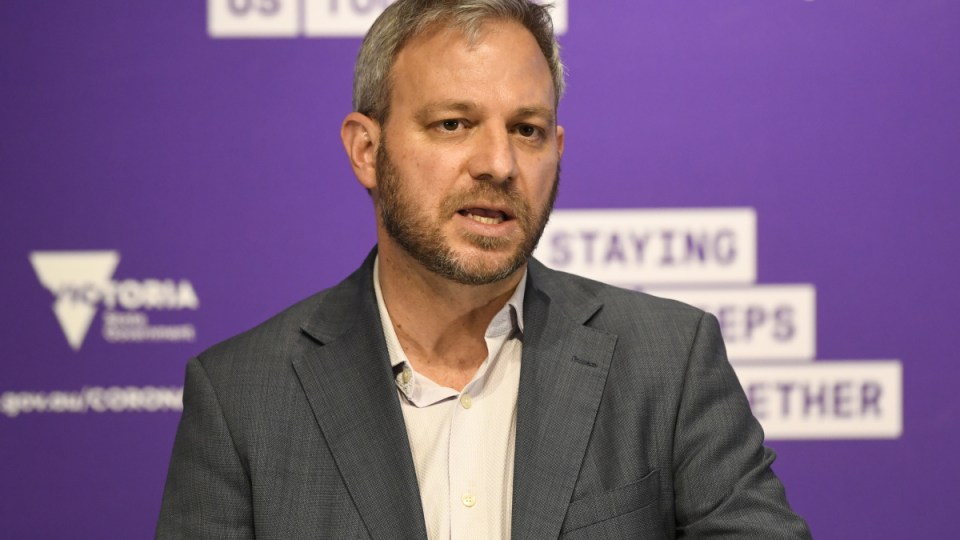 But while Mr Sutton confirmed active outbreaks had stabilised, he said some Melbourne localities were a cause for concern.

Professor Sutton said around 1 per cent of Melbourne residents tested received a positive result, with a higher percentage of roughly 2 per cent in hot spot areas.

“It has come down over time, in recent weeks, as case numbers have dropped,” he said.

Professor Sutton said council areas in Melbourne’s north and west, including Wyndham, Brimbank and Hume, were still responsible for the most new virus cases, but Dandenong and Casey in the south-east had been “more of a concern in recent days”.

“Casey, for example has probably seen an increase in the proportion testing positive,” he said.

Professor Sutton said there was a push to get more tests conducted in known hot spots, “because I think not enough people are getting tested in the south-east, compared to the north-west”.

New South Wales health authorities confirmed 17 new coronavirus infections in the 24 hours to 8pm Tuesday, including one case is in hotel quarantine and one with no known source.

A further eight cases were linked to the Sydney CBD cluster which broke out last month and another six have been linked to St Paul’s Catholic College in Greystanes in Western Sydney.

Premier Annastacia Palaszczuk said the latest results were linked to existing cases and authorities were comfortable with the results.

She said the cases in south-east Queensland were “contained” and did not consider the current outbreak significant.

Victoria’s six deaths Wednesday took the state’s toll from the virus to 576 and the national figure to 663.

The deaths included five males in their 80s and one male in his 90s.

All six deaths are related to outbreaks in aged-care facilities.

There are 416 active cases in hospital, all of whom are receiving care, with 13 on a ventilator.