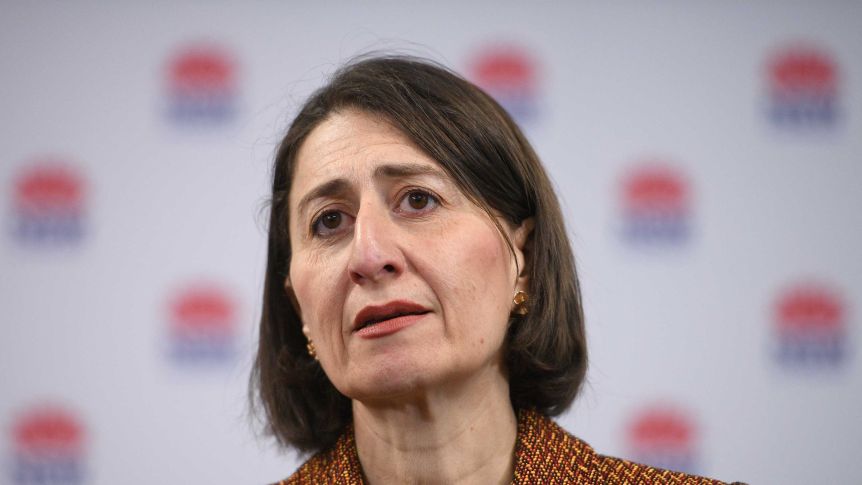 Premier Gladys Berejiklian wants to see an increase in the wearing of masks. Photo: AAP

Health authorities in NSW have confirmed 17 new coronavirus infections in the 24 hours to 8:00pm yesterday.

One case is in hotel quarantine and one has no known source.

Nearly 20,000 people were tested in the reporting period.

Premier Gladys Berejiklian today made a renewed plea for more people across NSW to wear masks in supermarkets, public transport and places of worship.

“It’s a better way to keep yourself safe … but it’s not only about you, it’s about everyone else around you,” she said.

She said with more movement between Victoria and NSW from this Friday when border restrictions ease the risk increases.

“I want to see that mask wearing increase … especially in high-risk indoor environments.”

The Premier also announced a new coordinated approach for all major events to be planned across the state.

“I’ve delegated the Deputy Premier and the Treasury ministries to work with the state emergency centre … as it’s not just health advice we need to rely on but it’s also police.”

Ms Berejiklian emphasised she wants the state to be focused on life resuming as normal.

“Our attitude in NSW is what can we do, not what can’t we do,” she said.

“Of course controlling the virus spread is a priority but so is getting life to as normal as possible and doing everything in a COVID-safe way.”

The Premier said she will push for major events, like the New Year’s Eve fireworks in Sydney, to go ahead.

“Where possible we should be hosting events we’ve hosted before but it will be different,” she said.

“I think for a lot of people the fireworks represent hope.”

Earlier Deputy Premier John Barilaro said big drawcard events in Sydney should be cancelled if tourism events in regional NSW cities are called off due to the pandemic.

“If the regions have to lose big tourism events like the Tamworth Country Music festival, then there is no option but to cancel the big drawcard events in Sydney and the most obvious is the New Year’s Eve fireworks,” he said.