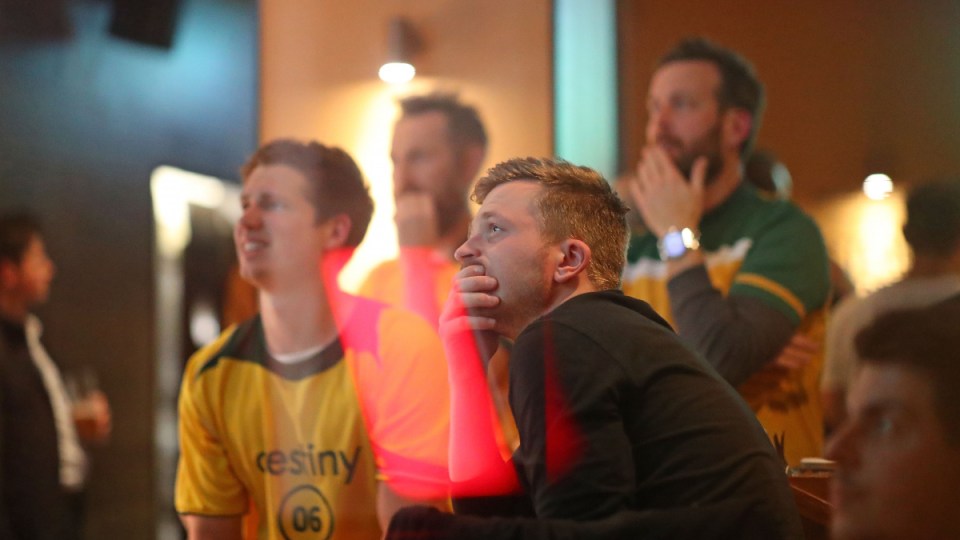 Pubs and other venues will be banned from hosting more than 100 people under the new COVID-19 restrictions. Photo: Getty

Pubs, clubs, restaurants and churches across the nation have been banned from offering services to more than 100 people to fight the coronavirus.

The new ban applies to indoor, non-essential gatherings only, with exemptions for essential services.

Mr Morrison said it was also critical that families and businesses cancelled overseas travel and stayed at home.

“Life is changing all around the world. This is a once-in-a-100-year event,” he said.

“But together we are up to this challenge. We need to continue to keep our heads.

“We are going to keep Australia running. It won’t look like it normally does.”

“If you’re getting in an Uber, sit in the back seat and not the front seat,” he said.

However, he urged parents to send their children to school.

“The health advice is that schools should remain open,” he said.

“As a father, I am happy for my kids to go to school.

Mr Morrison announced a range of heightened restrictions on Wednesday – and said more were being considered.

Among them, Australia has upgraded its travel advice to to level four (do not travel) for every country in the world. It is the first time that level has been used.

“Do not go overseas – that is a very clear instruction,” the Prime Minister said.

“For those who are thinking of going overseas in the school holidays, don’t. Don’t go overseas.”

He announced the new arrangements at a press conference in Canberra after a marathon meeting of the new national cabinet on Tuesday night.

The new package also includes millions of dollars in support for the airline industry, which is expected to come under extreme pressure from the fallout from the COVID-19 pandemic.

Work restrictions have also been lifted on international student nurses in Australia, to allow them to help cope with the expected rush of virus-stricken patients.

Mr Morrison said the coronavirus threat and the impact on the country’s economy could not be dealt with by shutting down businesses for a fortnight.

“We are looking at a situation of at least six months,” he said.

“Wherever possible, we need to keep Australians working.”

Mr Morrison said it was critical that families practised social distancing and self-isolation if diagnosed with the illness.

“If we slow the spread, we do save lives.”

Chief health officer Brendan Murphy said there were 454 cases of coronavirus in Australia on Wednesday morning, and evidence of “low-level” community transmission.

“But, be clear – a short-term two-four-week week shutdown of society is not recommended by any of our experts. It does not achieve anything.”

He repeated Mr Morrison’s assertion that the restrictions could last six months.

“We have to be in this for the long haul,” Professor Murphy said.